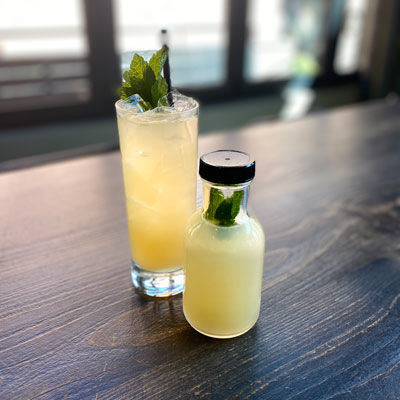 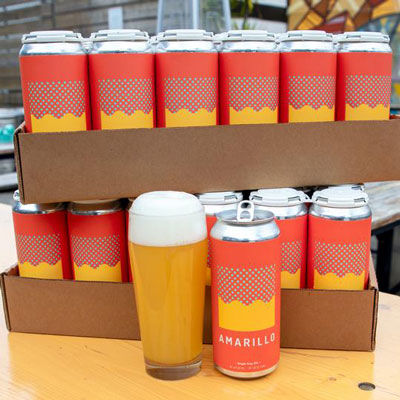 "Oh, heck yes, they’re doing to-go drinks now!" I yelled to my boyfriend with an enthusiasm that wasn’t just a side effect of slowly losing my mind from social isolation. It couldn’t have come sooner, and not just for me.

I’d watched bartenders, restaurant owners, and neighborhood breweries reel from the effects of the COVID-19 pandemic, with the majority of the beverage industry coming to a screeching halt with the announcement of a Bay Area shelter-in-place order on March 16. Friends no longer had jobs. Owners openly worried about how (or if) they were going to bounce back. The entire Bay Area lost an industry upon which many of us rely for socializing, community, and liquid therapy.

"Within a matter of days, we went from ‘just wash your hands’ and ‘elbow bumps’ to ‘halve your capacity’ to ‘now you’re takeout only,’" says Dominic Moresi, manager of Ed’s Mudville Grill and Moresi’s Chophouse in Clayton. "How we were operating as a business was changing daily, leaving us in a tailspin, wondering how we were going to be able to—both ethically and legally—serve our community."

Luckily, the state’s department of Alcoholic Beverage Control (ABC) quickly took action by relaxing longtime regulations, most notably to allow for restaurants to sell premixed cocktails and "to-go" beer with pickup or delivery food, as well as allowing curbside delivery of alcohol to customers in waiting cars and booze deliveries for many local breweries and wineries. And it gave consumers a chance to support their local restaurants and watering holes beyond gift cards and food takeout, plus retain a little of the magic that comes with eating out.

"It gave us a more than a fighting chance," says Lafayette’s Batch and Brine bar manager Casey Carr. "You can get beer, wine, or spirits at the store, but it’s harder to replace that relationship and go-to drink from your favorite spot."

Restaurants and retailers pivoted quickly. Oakland’s the Libertine was one of the first I saw actively engage its Instagram followers, inviting them to swing by for to-go drinks, bottles of boozes, and Jell-O shots from a takeout window, served with a cheery optimism most were sorely lacking. Breweries—ranging from Oakland’s Temescal Brewing to Livermore’s Altamont Beer Works—activated their teams for to-go sales, deliveries, live-streamed musical performances on Instagram, and on-site crowlers, the latter quickly becoming in short supply as demand skyrocketed. And restaurants quickly adapted to support beer sales, premixed cocktails, and other ways to connect customers with their favorite drinks and otherwise stay afloat, with places like Moresi’s and Batch and Brine creating to-go cocktails crafted with the same love, care, and attention to ingredients as in the pre-coronavirus days.

Distilleries have faced different demands and pressures, not only to remain profitable as their tasting rooms and primary retail outlets closed, but also to adapt and serve a completely different, and altruistic, purpose. Many local distilleries—including Alameda’s St. George Spirits and Hangar One, Sutherland Spirits in Livermore, Richmond’s Falcon Spirits Distillery, and Wright & Brown Distilling Co. in Oakland—transitioned to producing hand sanitizer and donating it to first responders, hospitals, and organizations that work with vulnerable populations.

"We live and breathe service. It doesn’t hold a candle to the folks on the front line of help right now, and I think in the past few weeks, all of us have been coalescing our consciousness around the fact that these are the people that really need to be supported," says Mike Pierce, owner of Oakland Spirits Company, which was one of the first local distilleries to produce a "Hand Sanity" sanitizer from its high-proof brandy. "We were ahead of the curve to help flatten the curve."

While the long-term effects of shelter in place on small businesses and the beverage industry remain to be seen, the short-term impact of supporting local establishments is huge. Shop local, tip extra, and consider supporting businesses that support the organizations on the front lines of the pandemic—and yes, get that to-go cocktail.