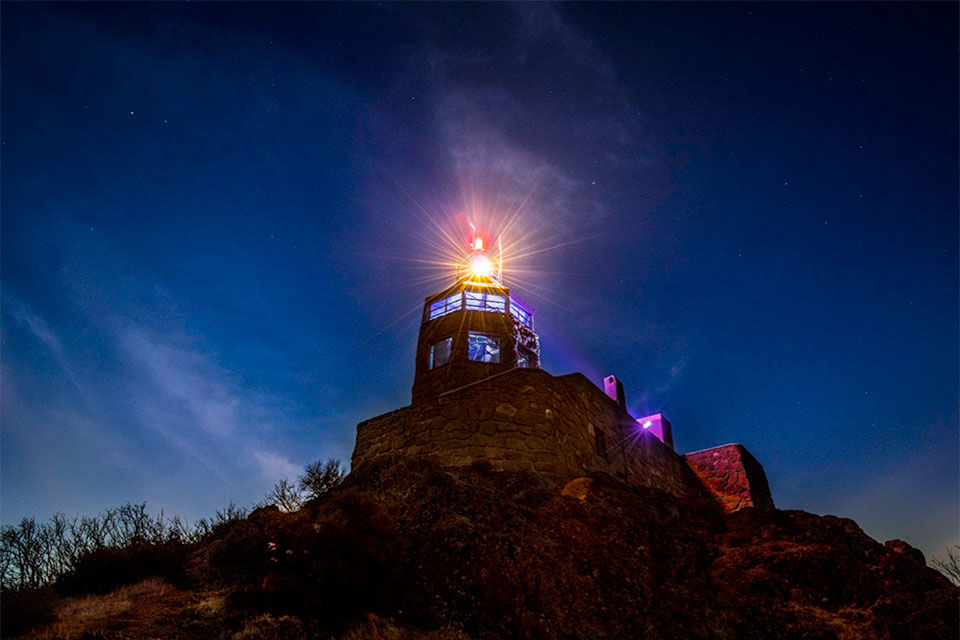 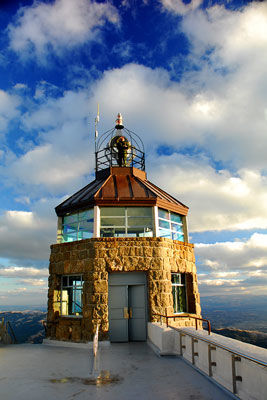 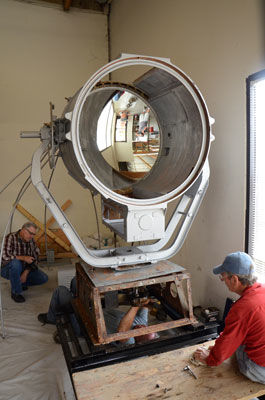 The Mount Diablo beacon—known for years as the "Eye of Diablo"—will be lit every Sunday at sundown and shine until sunrise the next day until the pandemic crisis is over. The beacon, which was installed by Standard Oil in 1928 to assist transcontinental aviation, was one of five guiding beacons on the West Coast and the only one that is still operational. The light was extinguished after the attack on Pearl Harbor in 1941, for fear that it might assist in a similar attack on the Bay Area.

The beacon stayed dark until 1964, when it was relit on Pearl Harbor Day to honor those who served and sacrificed. Since then, it has been illuminated each Pearl Harbor Day. The beacon was given an extensive restoration in 2013—see Diablo’s coverage here.

"Lighting the beacon every Sunday is a way to honor our heroes in this global pandemic struggle, to pay our respects to the dead and those suffering, to lift our eyes to higher ground and the light and be reminded of the healing power of nature and our Mount Diablo, and to bring our communities together during this difficult time," says Ted Clement, executive director for Save Mount Diablo.

Save Mount Diablo staff and volunteers will light the beacon every Sunday and turn it off every Monday after sunrise, working in close coordination with their partners at California State Parks. Physical distancing will be followed throughout. This effort has also been coordinated with the Sons and Daughters of Pearl Harbor Survivors, Chapter 5.

"As we look up in the sky, let this beacon remind us we are not alone," says Eduardo Guaracha, Diablo Range Superintendent of California State Parks. "Our thoughts and support are with the heroes, healthcare and emergency workers, and all those affected by this worldwide pandemic. Let the light give us hope for a better future and remind us to keep our heads and spirits up."

Timeline: The Eye of Diablo

1928–1941: The beacon sits atop a tower built by Standard Oil. The Standard Diablo tower is one of five major beacon towers to help guide planes on the West Coast. The others are in Los Angeles, Portland, San Diego, and Seattle.

April 1941: The lookout tower of the Mount Diablo Summit Building, a Civilian Conservation Corps project, is completed. The beacon is installed atop the building and continues to shine from sunset to sunrise, every night.

December 8, 1941: Following the bombing of Pearl Harbor the day before, the beacon is turned off because of fears that it could help Japan attack California. The beacon stays dark until the end of World War II, at which time it is no longer necessary due to the invention of radar.

December 7, 1964: The beacon is relit by Admiral Chester Nimitz, a Navy commander in the Pacific during World War II, who attends the ceremony as a tribute to Pearl Harbor survivors.

2006: Save Mount Diablo becomes the cosponsor of the annual lighting event with Sons and Daughters of Pearl Harbor Survivors.

December 7, 2012: Assemblywoman Joan Buchanan attends the beacon lighting. She wrote legislation to allow Save Mount Diablo to raise funds for the Beacon Restoration Project, on behalf of California State Parks, and to oversee the work.

December 7, 2013: The beacon shines more brightly than ever, thanks to the restoration work of Save Mount Diablo, California State Parks, and countless community volunteers.

April 12, 2020: The beacon is illuminated the evening of Easter Sunday to recognize those affected by the COVID-19 global pandemic. It will be lit each Sunday evening until the pandemic is over.