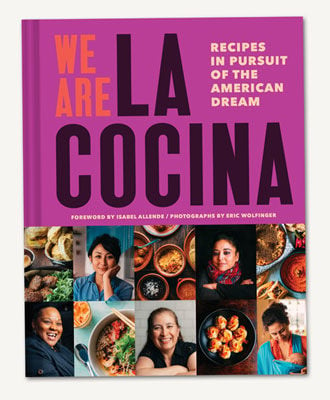 We Are La Cocina / Chroncile Books 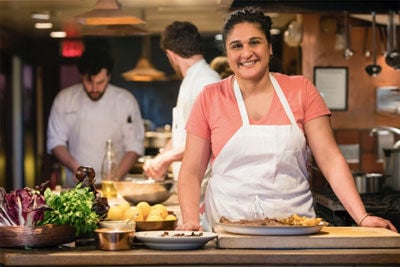 Fanny Singer’s new book—which came out the last day of March—blends personal stories from an adolescence spent as the daughter of Alice Waters (the legend behind Berkeley’s Chez Panisse), with irresistible recipes you’ll have to try. The culinary memoir captures an intimate look at the icon, the global adventures she and her daughter experienced, and more. Find it online through a local bookseller, such as A Great Good Place for Books. ggpbooks.com.

We Are La Cocina: Recipes in Pursuit of the American Dream

La Cocina is a San Francisco-based culinary incubator that has helped launch more than 120 businesses, with particular emphasis on those led by women, immigrants, and people of color. Last summer, they released We Are La Cocina, a collection of more than 40 stories and 120 recipes from women connected to the nonprofit. Proceeds from the book go back to La Cocina, which is currently helping support struggling local entrepreneurs during COVID-19. lacocinasf.org.

Samin Nosrat released her renowned Salt, Fat, Acid, Heat cookbook in 2017, which was subsequently made into a limited documentary series, available to stream on Netflix. Over the course of the show, Nosrat travels to Italy, Japan, Mexico, and her hometown of Berkeley to highlight how these four key culinary elements are used in those regions. netflix.com.

Save Me the Plums: My Gourmet Memoir

Ruth Reichl’s 2019 memoir chronicles her journey as the final editor-in-chief of the now-closed Gourmet magazine, personalizing integral culinary moments such as the farm-to-table movement and the merging of restaurants and dining into popular culture. Order a copy online through stores such as Mrs. Dalloway’s Literary and Garden Arts. ruthreichl.com, mrsdalloways.com.