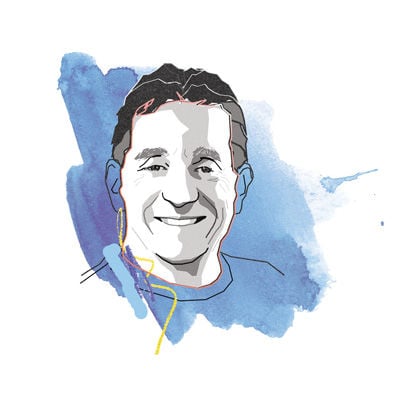 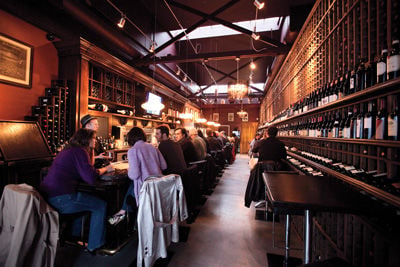 Featuring more than 30 wines by the glass and 800-plus bottles, Residual Sugar Wine Bar and Merchant brings diverse vinos to Walnut Creek. Photo by Matt Edge. 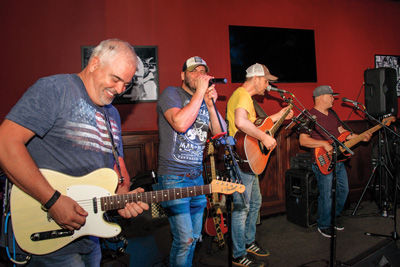 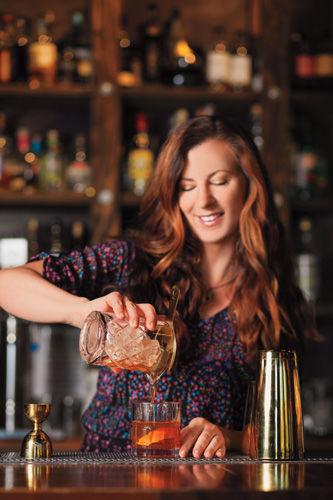 Since opening The Last Word four years ago, Theresa Dobbs and her husband, Rick, have helped propel craft-cocktail culture in the Tri-Valley. Photo by Cali Godley. 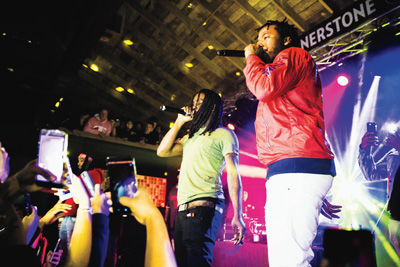 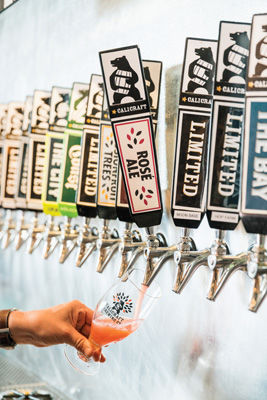 Calicraft Brewing Co. draws crowds with its signature sparkling ales and other unique brews. Photo by Nat and Cody Gantz.

Club 1220 started out as a hole-in-the-wall, but it eventually grew into an East Bay institution and now holds the title of oldest gay bar in Contra Costa County.

Owner and cofounder John Crovo says the club has seen a surge of new customers and local support in recent years, but things haven’t always been that way. "If you looked at a kaleidoscope of all those years, [Club 1220] has done a 180," he says. "It’ll probably do another 180 and go all the way around again."

Crovo—who comes from a family of entrepreneurs and spent his twenties working in the nightlife industry—got the idea to start his own venue back in the ’70s, when the Bay Area’s only gay bars were in San Francisco and Oakland. He and his brother concocted a plan to launch a space for LGBTQ people to meet on the east side of the Caldecott Tunnel, and with their parents’ support, Club 1220 opened its doors in 1976.

Since then, Crovo and the club have faced their share of detractors, but for every naysayer, there have been dozens of supporters ready and willing to keep the bar afloat. As he puts it: "The community in Contra Costa County has always been the reason I’ve been here [for] 42 years."

The popular nightclub is no stranger to accolades, either. Club 1220 was recently honored by the mayor of Walnut Creek for its four decades of success and community service. The bar has even attracted the likes of the late San Francisco politician and human rights leader Harvey Milk, who visited Club 1220 in 1978 while on his way to ​a now-famous gay-rights debate ​at a Walnut Creek high school. According to Crovo, the pioneering activist was impressed by the diversity of the crowd.

"That was probably my proudest moment in having this bar," Crovo says.

Crovo is currently enjoying the retired life, but if you pop into Club 1220 on a Sunday evening, you’re likely to see him hanging out, enjoying the club’s weekly jazz shows and soaking up the vibrant local scene he’s helped to create.

Nowadays, he says people of all sexual orientations frequent the bar for bingo nights and drag shows, or just come to kick back and grab a pint after work. "[Club 1220] has always been a safety zone for gays and lesbians," Crovo insists, "but now, it’s a safety zone for everyone who comes here." Walnut Creek, club1220.com. —E.S.

"I love Residual Sugar because I feel like it’s a hidden gem. It’s quiet, and it has such a great selection of wines and beers. Plus, there’s a great small-plate selection to tide you over until dinner." Walnut Creek, rswine.com. —Charlene Naughton, Pleasant Hill

Located in a nondescript strip mall along Pleasant Hill’s Oak Park Boulevard, WiseGirl Ristorante Italiano and Cocktails is a welcome addition to the East Bay’s live-music scene thanks to a tuneful lineup of local artists and bands (and the occasional DJ) on Thursday, Friday, and Saturday nights. Pianist and songwriter Sin Silver is a regular, as are party bands such as the 925 Band and The Elmwoods. And for those who miss Dave Hosley’s regular gig at the former Petar’s lounge in Lafayette, be on the lookout for Diamond Dave, who hits WiseGirl twice a month to play everything from Sinatra to Shakira. Pleasant Hill, wisegirlph.com. —P.C.

Long before upscale salons and hip restaurants punctuated Mt. Diablo Boulevard, The Roundup Saloon was Lafayette’s perennial place for an ice-cold beer and a shot of Jack. When it opened in 1935, the tavern was known as Johnnie’s Roundup and catered to cowboys; patrons would hitch their horses in the back and then mosey up to the bar to tie one on. Lafayette has changed considerably since those days, but this steady tortoise remains largely the same, packing in regulars for live music; pool; karaoke nights; shuffleboard; and drinks, drinks, drinks. Lafayette, rounduplafayette​.com. —P.C.

With its wide array of inventive cocktails, The Last Word feels like it would be right at home in a hipster enclave of Seattle or San Francisco. Instead, this cozy, cosmopolitan watering hole flavors Livermore’s First Street. Co-owner Theresa Dobbs, who trained at the prestigious Tante Marie Cooking School, got her start as a high-end personal chef before partnering with her husband, Rick, to open The Last Word in 2014. The drinks menu always features the freshest seasonal offerings, but if you want to stick with a classic, try an old-fashioned made with one of the bar’s many top-shelf whiskeys. Livermore, lastwordbar​.com. —P.C.

Drink (and eat) like a sailor during the daily Skippers’ Meeting (aka happy hour) at this nautically themed seafood eatery. Sidle up to the main bar or oyster bar between 3 and 6 p.m. to enjoy $5 craft beers, $6 well drinks and select wines by the glass, and discounted house cocktails. (Try the famous mai tai.) As you imbibe, munch on mahimahi tacos, the juicy Black Angus burger, or the fried chicken sandwich. Note that the Skippers’ Meeting is only open to "members," so if you’re not one already, sign up at the restaurant for free to join in on the fun. Walnut Creek, wcyc.net. —A.S.

New Club on the Block

Berkeley has always been a great place to see up-and-coming bands before they break big. Long-gone clubs like Ruthie’s Inn and The Keystone offered a first look at Metallica, The Police, and Tom Petty and the Heartbreakers—and Cornerstone Craft Beer and Live Music on Durant Avenue invokes the spirit of those iconic spots. The new, intimate venue books several shows each week, featuring musical genres ranging from folk to metal. Cornerstone also welcomes patrons ages six and up, so if the babysitter cancels, bring the kids along. Berkeley, cornerstoneberkeley.com. —P.C.

From the day Calicraft Brewing Co. opened its taproom doors in July 2016, there’s been a steady stream of beer aficionados bellying up to the bar for pints and flights of the brewery’s unique creations. Owner Blaine Landberg is constantly pushing the boundaries of style, flavor, and even the definition of beer by incorporating unexpected California-grown ingredients, such as anise hyssop, star thistle honey, and Meyer lemon leaf. Get a taste for yourself while enjoying live music and food-truck fare at the taproom in Shadelands Business Park. Walnut Creek, calicraft.com.

4: Number of five-ounce beers in a Calicraft tasting flight.

7: Days per week the taproom is open.