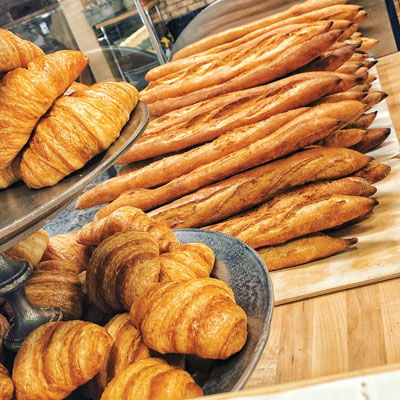 The chef behind One House Bakery, Hannalee Pervan, previously made bread for the French Laundry. 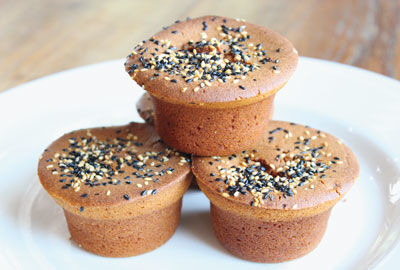 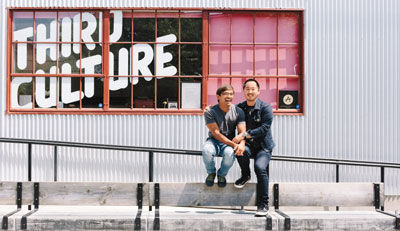 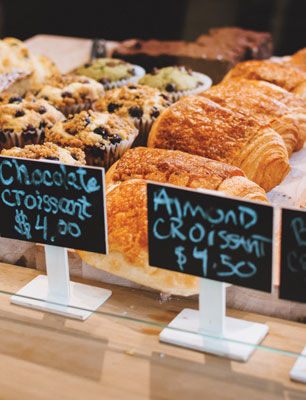 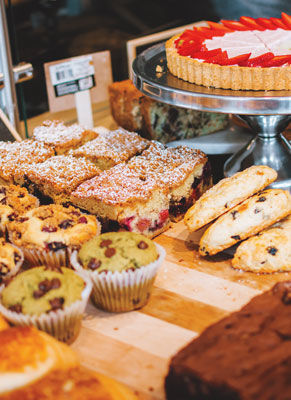 One House Bakery earned its name from chef Hannalee Pervan’s desire to avoid the traditional separation between a restaurant’s front and back of house. "My retail staff helps to make almond croissants, and dishwashers make pickled carrots," she says.

Tucked in along Benicia’s First Street strip, the bakery may look unassuming upon arrival. But as soon as you step into Pervan’s two-story space (co-owned with her parents, Catherine and Peter Pervan), you’re drawn into the hustle and bustle of the open-style kitchen. Snag a stool upstairs for a bird’s-eye perspective, or kick back with a fresh ginger-mint-lime drink on the tree-lined, oasis-like patio.

Whatever experience you choose, pair it with a flaky, delicious Cuban meat pie. (The recipe for this savory pastry was tweaked roughly 60 times before being deemed menu-worthy.) Feeling adventurous? Try the salt-cured yogurt, which mixes organic yogurt from Sonoma’s St. Benoit Creamery with gray sea salt. The concoction is then strained and given a two-day olive oil bath. It’s served with charred levain bread (made from flour milled in-house), fresh blueberry jam, and roasted pistachios. onehousebakery.com.

Sam Butarbutar and Wenter Shyu immigrated to the United States in their youth—Butarbutar from Indonesia and Shyu from Taiwan. As adults, they realized that they shared a "third culture," born from the commonalities of their homelands and their experiences in the U.S. So, in 2017, they joined forces to create Third Culture Bakery, which marries the different cuisines they’ve been exposed to throughout their lives.

Take, for instance, the mango–passion fruit mochi doughnut that they serve in their Berkeley shop. "The tart, tropical flavors remind me so much of the food I used to have while growing up in Indonesia," Butarbutar says.

The bakery is best known for its delectable mochi muffins, which hide a squish of sweet filling inside. If you’ve never tried one, run—don’t walk—to Third Culture Bakery’s Berkeley store. These wildly popular, gluten-free bites take three days to craft and are made with mochiko rice flour from Merced County’s Koda Farms, the nation’s oldest rice farm. There are plenty of other mochi goodies to tempt you too, such as the Vietnamese coffee–flavored mochi doughnut or the crème brûlée mochi waffle.

The Eighth Street outpost is small but mighty, so enjoy your treats outside on a bench or take them home to enjoy. thirdculturebakery.com.

Moraga is very special to John Reyna. As a decadelong resident with three children who have attended Campolindo High, the former Pizza Antica chef dreamed of launching his own business in the heart of the town. "I’ve always wanted to open a restaurant where I lived and serve the community," he says.

With help from his brother, Joseph Reyna, he has turned that dream into a reality. At the sibling co-owners’ shop, Town Bakery and Café, simple, high-quality ingredients shine in the timeless favorites they prepare with purpose. Grab a seat in the cozy indoor area, or head outside with the family for a game of ping-pong or cornhole. A little friendly competition is sure to whet your appetite for a lemon-coconut scone washed down with a chai tea latte. If you’re looking for something more filling, try the chicken and waffles made with Mary’s Free-Range chicken, or a crispy fish slider crafted from Monterey Fish Co. cod. townbakerycafe.com.