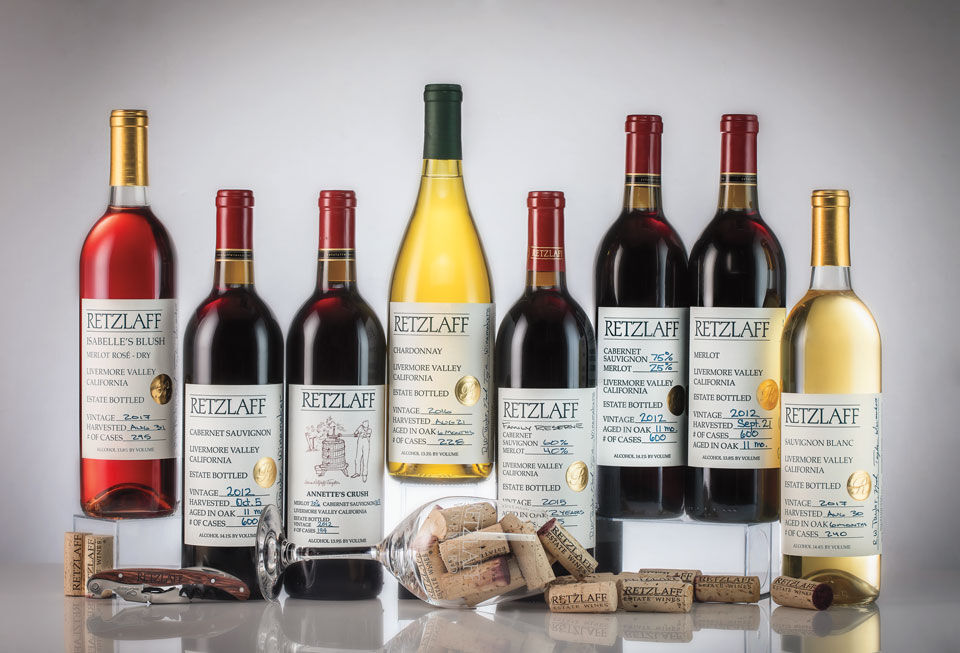 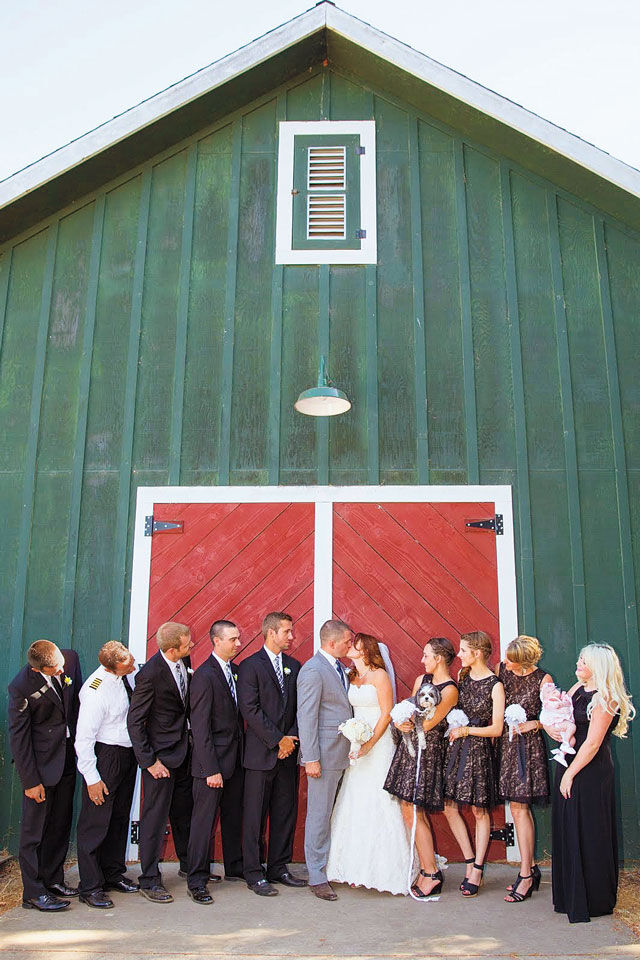 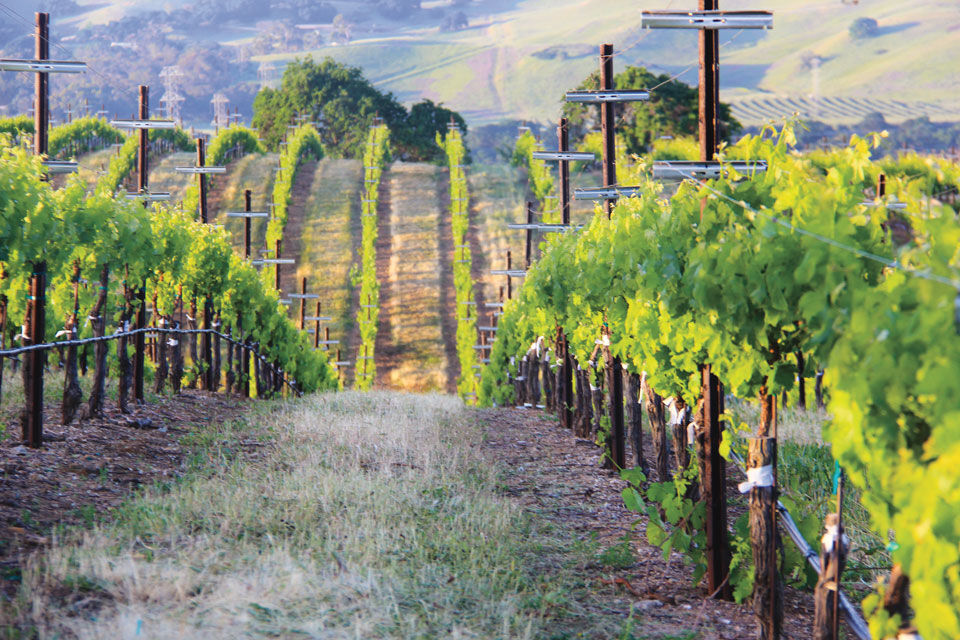 Take in the sweeping views of Las Positas Vineyards. 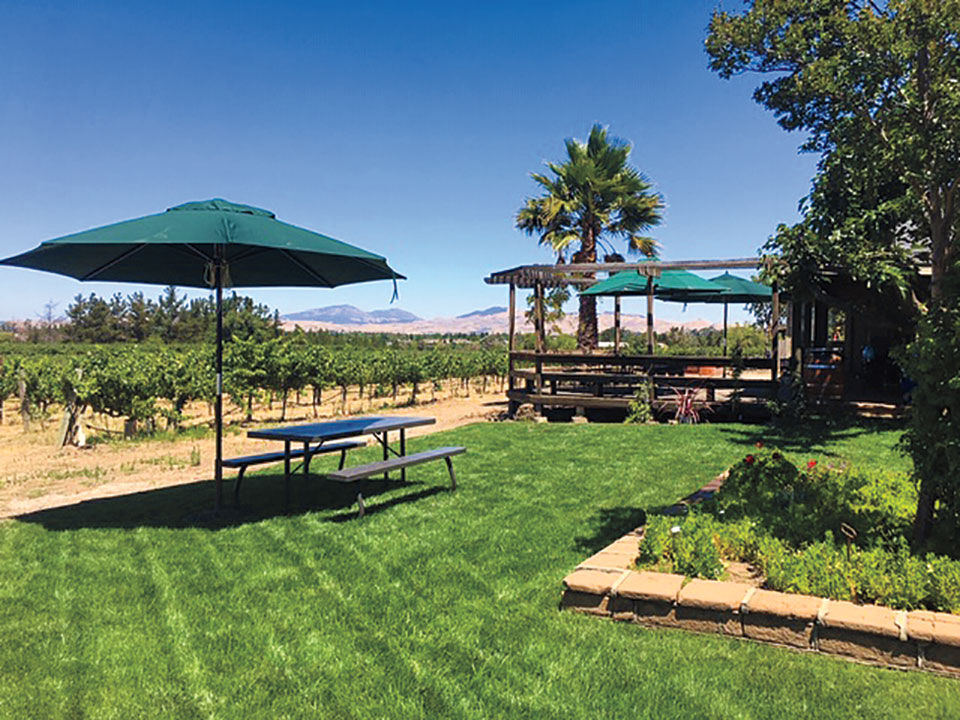 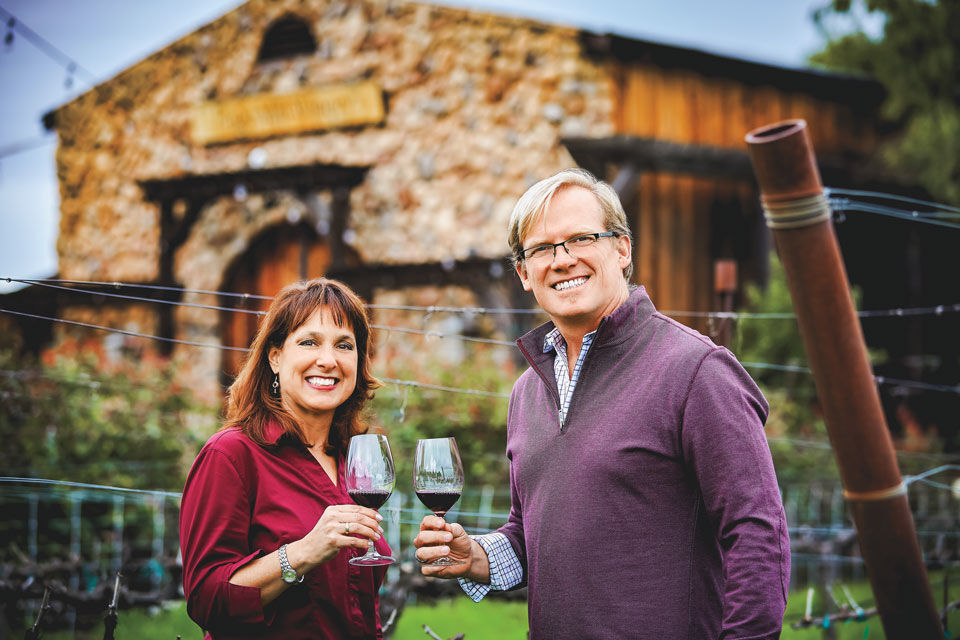 What better way to get the full wine country experience than by taking a winery tour? Turns out that one of the region’s most compelling operations, Retzlaff Vineyards, just launched its own. Every Saturday afternoon at 1:30 p.m., or by appointment, visitors can enjoy a guided stroll of the grounds—located on a historic Victorian estate and former sheep farm shaded by century-old pepper trees—as well as its vegetable gardens and certified-organic vineyards (vines are tended using sustainable practices, including no pesticides, herbicides, or fertilizers). Explains owner Salome Garau-Taylor: “We had so many folks interested in the story behind the estate and in understanding why we choose to farm the way we do.” Wine tasting with a light food pairing is included in the tour; make sure to block  off time before or after to lounge and/or picnic on the vineyard’s expansive lawn. retzlaffvineyards.com.

Mitchell Katz Winery is a longtime locals’ favorite thanks to its affordable selection  of single-vineyard vintages—and in no small part due to the unbridled, down-to-earth enthusiasm of its owner and winemaker. Now, after decades spent plying his trade  at different wineries around the valley  and renting his own production and  tasting room operations, the journeyman winemaker finally has a place to call his own, a 12-acre property with gorgeous views at the corner of Tesla and Vasco  roads in Livermore. A plumber by trade— he used to hand out wine to colleagues  and clients at job sites when he was  first getting started—Katz took advantage  of the COVID-19 pandemic to fix up the property, performing much of the work himself.

“When you work hard for something, it feels better, it tastes better,” Katz says. “There was no promise I would ever own anything, so I still sit here every night and think ‘How the hell did this happen?’ I feel so lucky to be here—it’s a nice, happy,  feel-good place.” mitchellkatzwinery.com.

Arroyo Cellars: This venture, launched last year, comes as a reunion for several folks connected to the popular Livermore Valley Cellars, which closed in 2008. arroyocellars.com.

Sipping vino with good company at the  end of the day is a time-tested strategy for de-stressing—one that was essentially torpedoed during shelter in place. Many Livermore Valley wineries came up with the next best thing by organizing weekly virtual tastings, in which winemakers guide customers through tastings online. Dane Stark added two additional uplifting elements for Page Mill Winery’s Twilight Tastings: music and charity. Every Thursday evening, Stark starts his Facebook Live sessions by strumming  a few tunes on his guitar, before guiding  people through a special weekly selection  of wines. All sales that would have been collected in-person go to support local  nonprofits like Save Mount Diablo and the Oakland Zoo. “I like to think we have helped people weather the storm as they are trapped in their homes and worried about so many things,” Stark says. And, as he pointed out during a recent tasting, “I hate the term social distancing. It’s not social distance—it’s physical distance.” pagemillwinery.com.

Livermore Valley wineries don’t get a ton of recognition. Indeed, in a region in which two big-fish producers with international distribution—Wente and Concannon—have historically cast a large shadow over a broader school of small, family-run minnows, critical acclaim has been hard earned. That’s changed in the last decade as a dedicated cadre of winemakers has slowly raised the region’s profile. Recently, six wineries—3 Steves, Fenestra, John Evan, Las Positas, Page Mill, and Wood Family—formed the Livermore Valley Vintners’ Collective (LVVC). This side project tasked each participant with crafting one unique wine using a set base of Livermore Valley  appellation grape varietals. The six  inaugural vintages were entered into this year’s prestigious San Francisco Chronicle Wine Competition and all nabbed medals; they also all received 90-plus point scores from Wine Enthusiast. Says Las Positas winemaker Brent Amos of the collaboration, “I loved the idea from the start. Livermore wineries all work together; we are in this together. This project really showcases the collaboration in this valley.”

For more information and to inquire about purchasing LVVC wines, including  a box of all six bottles signed by the  winemakers, go to lvvc.net or directly  to the wineries’ websites.