Restore Oakland introduced Colors with an evening of music, dancing, and Afro-Latino food. 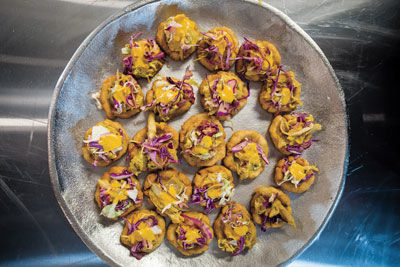 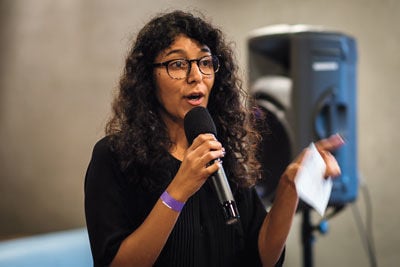 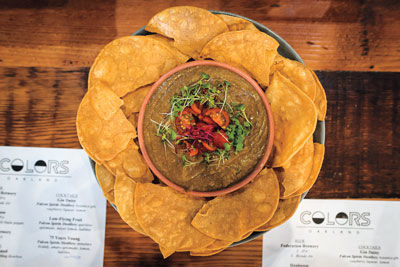 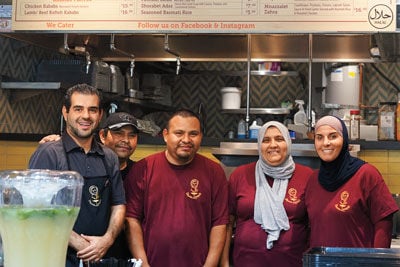 The restaurant industry has long provided a workforce lifeline for marginalized communities such as immigrants, ex-convicts, and low-income people of color. But getting those workers from lower-wage jobs into higher-paid positions in management and fine dining has proved more difficult.

Enter Colors, the centerpiece and most visible component of Restore Oakland, a new community center and nonprofit collaboration between the Ella Baker Center for Human Rights and Restaurant Opportunities Centers United in Oakland’s Fruitvale district.

Set to open by early 2020, this dinner spot doubles as a training ground for a curriculum designed to boost workers’ chances of upward mobility in the Bay Area’s renowned restaurant scene. Classes such as Introduction to Bartending, Advanced Bartending, and Introduction to Fine Dining are already underway. Future instruction will focus on wine, wine pairing, and management training.

"Specifically, we want women, women of color, [and] men of color occupying those leadership roles," says Maricela Gutierrez, the project manager for Colors. "They feel like there’s a roadblock, whether it’s a mental roadblock or just not being offered the job. So now, you’re either going to be empowered to ask for that job, or you’re going to be like, Hey, I’m going to apply to a fine-dining restaurant, because now I feel like I really understand this on a deeper level." Gutierrez describes it as a "holistic" approach, and the resources available at the Restore Oakland center back that philosophy. A room devoted to restorative justice is available to iron out any kitchen disputes. A child care–swapping network is being developed for workers with young kids. An in-house nonprofit that works with the formerly incarcerated will refer promising clients for training. San Francisco’s La Cocina will even have an on-site recruitment center to scout candidates for its female-focused food-business incubator that has helped to launch such East Bay culinary luminaries as Reem Assil, Fernay McPherson, and Nite Yun.

Still, for the whole program to maximize its potential, the restaurant itself needs to be a success. That’s where Nelson German comes in. The Dominican American owner of Uptown Oakland’s popular Alamar Kitchen and Bar is helping (along with chef and restaurateur Daniel Patterson) to develop a refined menu of Afro-Latino soul food—Jamaican-style braised chicken, Caribbean sopes, fried-plantain tostones—drawing inspiration, in part, from the dishes his mother cooked while he was growing up in New York City. But the food isn’t the only part of the project that resonates with him.

"I’m really honored that it’s not just a restaurant but a training center," he says. "Hopefully we can help it become a showcase for what’s possible in this neighborhood and this industry."

Check out these other eateries that give employees a leg up.

The Diablo Valley College Culinary Arts program has long been an affordable pipeline for the next generation of East Bay chefs. DVC’s on-site restaurant in Pleasant Hill is operated entirely by students.

With locations in Berkeley and Oakland, this nonprofit coffee company provides training and employment specifically for refugees, asylees, and special immigrant visa holders.

Want to catch the next Nyum Bai or Minnie Bell’s before they blow up? Visit the market’s rotating stall that acts as a six-month showcase for a graduate of the culinary incubator La Cocina. The current occupant is Lamees Dahbour’s Middle Eastern–focused Mama Lamees.

Colors fills a void in the Fruitvale district, but the East Bay has several spots where you can find soulful Caribbean-inflected fare.