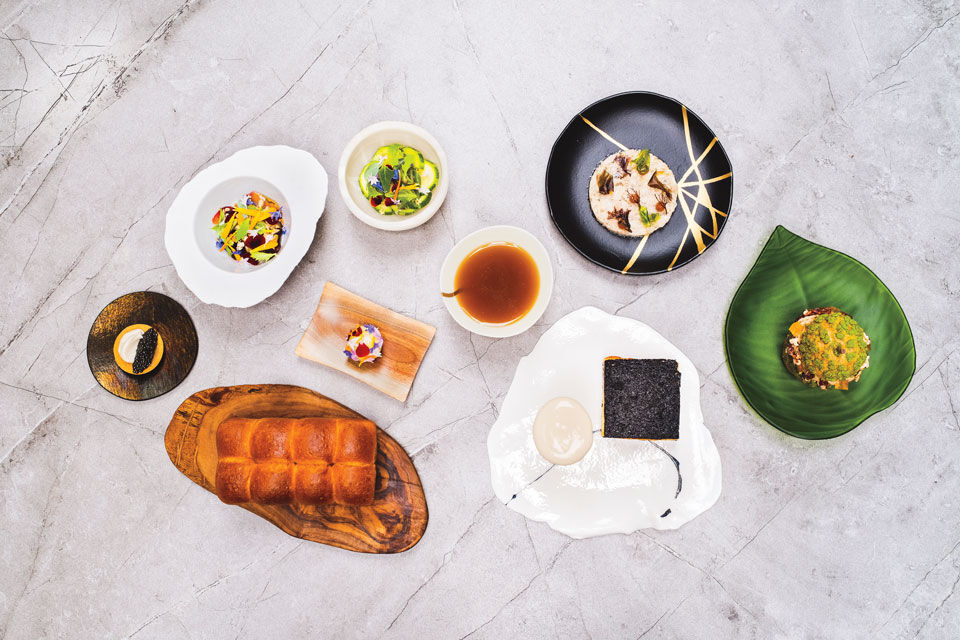 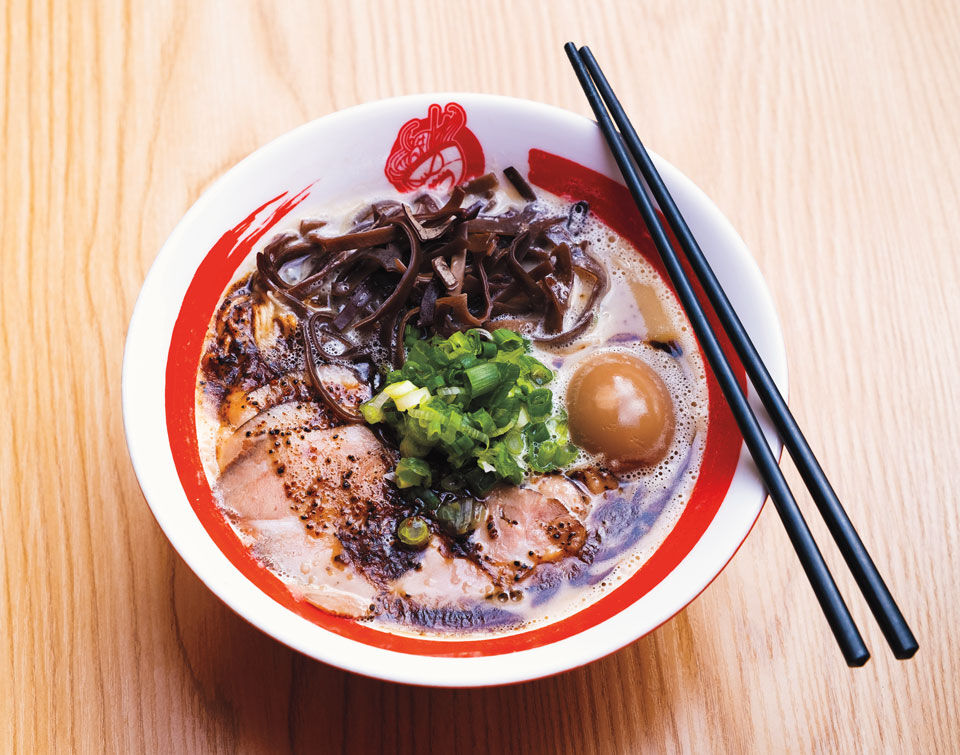 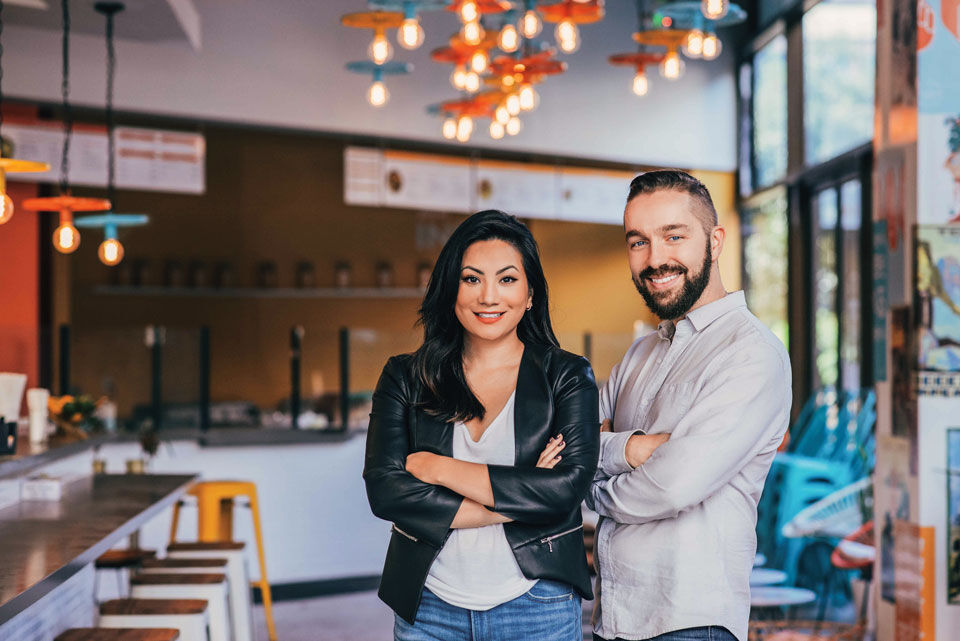 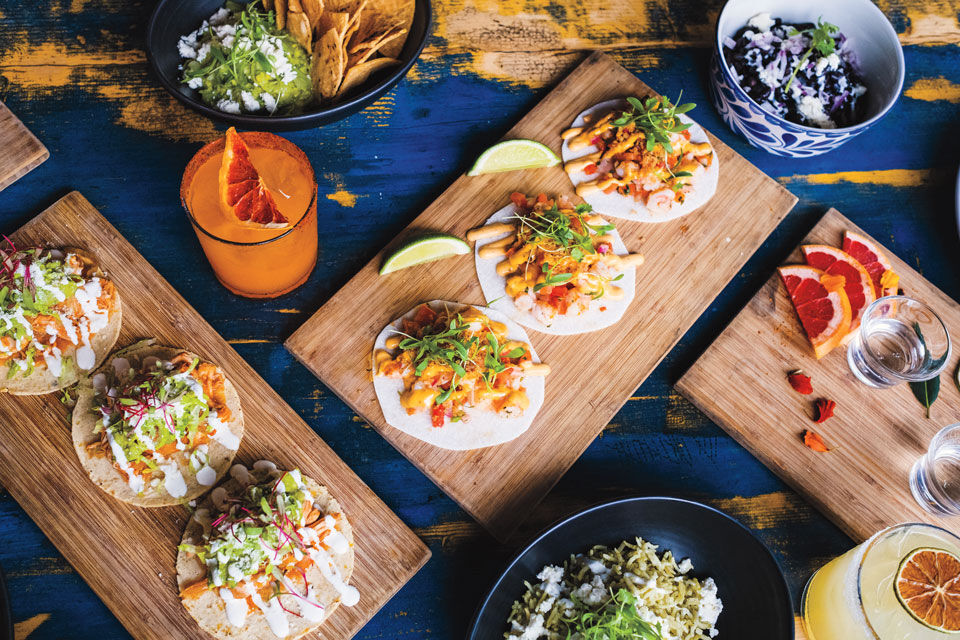 In Japan, ramen restaurants rarely serve soup to go: Rather, it’s generally cooked to order and eaten on-site. And that was the concept at Angry Ramen in San Leandro, which aimed to be as authentic as possible, from the made-fresh-daily noodles to the 12-hour tonkotsu broth.

“There are many different types of noodle soups,” says co-owner Tommy Kwok. “Ramen is the one that takes the most time. It requires a lot of heart.”

Unfortunately, the result of all that work was getting lost in translation when the restaurant was forced to serve its ramen  entirely in take-out form during the pandemic last year.

“To-go ramen is just not the way to go,” he says. “You could tell the customers weren’t happy—our business was failing.”

Enter Feastin, a recently launched food-delivery service that  transforms dishes from Bay Area restaurants specializing in on-site dining experiences into at-home meals. Started by Oakland-based  husband-and-wife restaurateurs Sebastiaan Van De Rijt and  Hannah Wagner, the service has quickly forged partnerships in the  Bay Area by taking a boutique, restaurant-driven approach to food  delivery. Which means diners can have everything from a DIY lobster roll kit from South San Francisco’s New England Lobster Market and Eatery to a seven-course tasting menu courtesy of San Francisco’s three-Michelin-starred Atelier Crenn dropped off at their doorstep.

“We were focused on not just being another delivery company,” explains Wagner. “We wanted to elevate the way people are experiencing meals at home.”

Feastin worked with Kwok and chef and co-owner Elson Liu to create a customized experience with video instructions guiding customers through heating up a vacuum-sealed bag of that 12-hour broth, (sous vide–style so that none of it evaporates),  mixing in a separate seasoning package, and only then pouring it over the noodles and building up toppings. All of which adds up to the most authentic soup-slurping experience you can get outside of Angry Ramen.

The other huge selling point for food purveyors is that, unlike other third-party apps, Feastin does not skim any percentage of the meal price off the restaurants. Rather, a 20 percent service fee paid by the customer covers delivery costs and allows business owners to pocket all the profit. That lends peace of mind to diners who want to support struggling small business owners, while providing less incentive for chefs to mark up prices. The only catch is that you need to order two days in advance—but that also gives the company the bandwidth to deliver all across the East Bay, from Alameda to Livermore, in addition to San Francisco and the South Bay.

For Kwok, the partnership has been a lifeline during stormy economic waters.

“It gave us a boost, gave us hope when we had no hope,” he says. “It was like finding gold during the pandemic.”

Here are five examples of the unique dining experiences offered on Feastin.

No, they don’t do their Oaxacan chapulines (fried grasshoppers) to go. But this festive upscale Mexican destination in Uptown Oakland does provide the tools to put together your own gourmet tacos featuring shrimp, carnitas, or chicken tinga, plus fixings like queso fresco, pico de gallo salsa, chipotle aioli, and micro cilantro.

Commonly cited as perhaps the finest expression of San Francisco’s contemporary wave of multicourse high-end dining, Saison delivers  a four-course make-at-home kit for two with Saison@Home. The  restaurant prepares all the dishes in its signature open wood fire–style of cooking and provides instructional videos for heating them up. Past menu items include amberjack with passion fruit, dry-aged duck, and mandarin meringue pie.