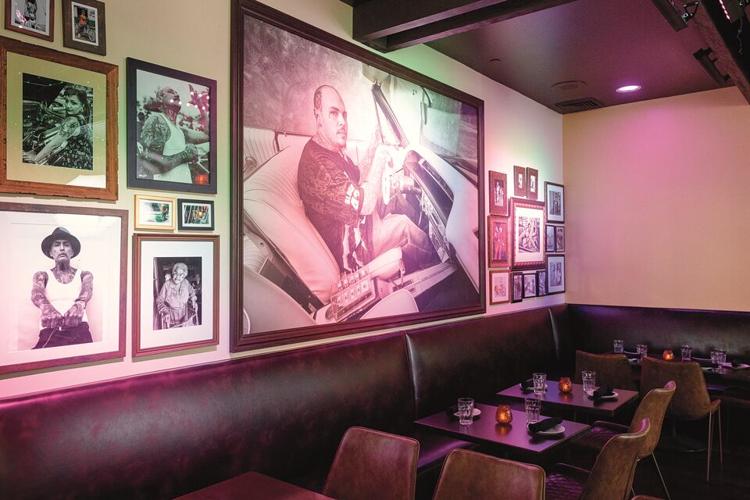 El Charro 1947 in Walnut Creek is decorated with vintage photographs of Mexican Americans. 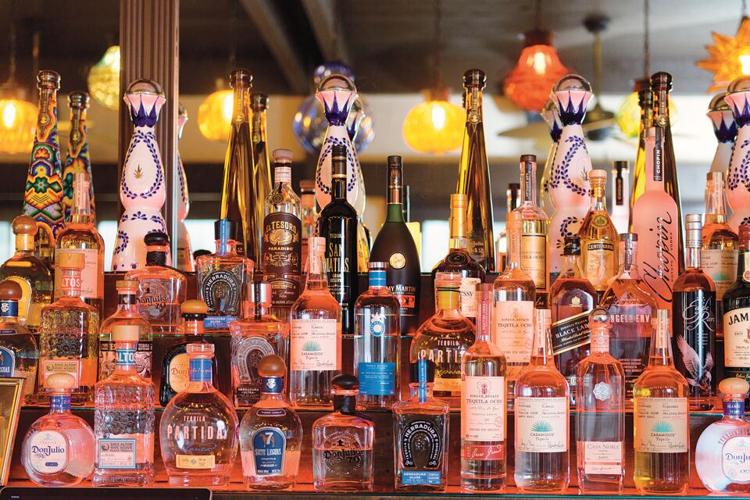 The new eatery features a full bar—complete with a variety of tequila and mezcal options—which serves up margaritas and signature cocktails. 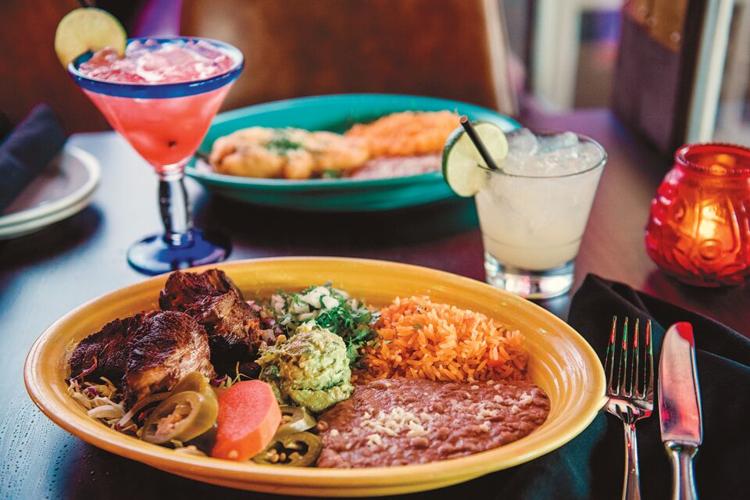 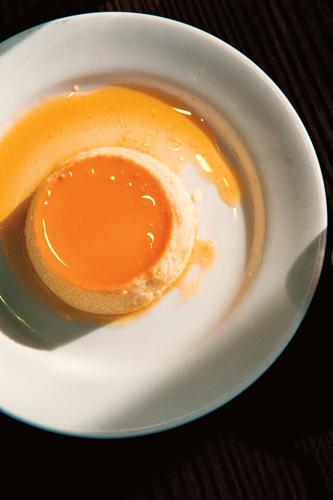 For dessert, go for the flan, a smooth and creamy baked custard delight.

Remakes are some of the toughest movies to pull off.

Same, too, for restaurants, as Benjamin Seabury is discovering. Like generations of Lamorindans, the hard-charging East Bay restaurateur was dining at El Charro with his extended family when he heard that the old-school Mexican destination—famous for its ample margaritas and free chips with “El Charro butter”—would be shutting its doors after 70-plus years in Lafayette. His mother-in-law, half-jokingly, told him, “Benjamin, you’ve got to buy this place.”

Unwilling to let one of his favorite spots slip quietly into that good night, he did exactly that. Seabury partnered with Jon Guhl’s 1100 Group—which operates several local eateries, most notably the Little Star and Star pizzerias—to purchase the El Charro name and recipes with the idea of preserving an East Bay dining institution for future generations. Unfortunately, Seabury soon discovered that El Charro’s original setting would be exorbitantly expensive to bring up to current building codes. So he set out on a journey to preserve the feisty familial spirit of El Charro in a new setting—in the former Maria Maria restaurant space in Walnut Creek—while retaining as much of the original menu as possible but still updating the food to contemporary culinary standards. He also gave the eatery a (slightly) new name, El Charro 1947, a reference to the year the original was founded.

An important part of the vision for Seabury was keeping the food comforting, family-friendly, and unpretentious, a throwback to the kind of Americanized “vintage Mexican”—think combo plates, ooey-gooey cheese enchiladas, and  oversize margaritas—that was standard fare in  the United States decades ago.

“For the last Mexican restaurant [our restaurant group] did in Sacramento, we brought in a top chef from Mexico City, and it was great but not approachable—[El Charro is] the opposite of that,” Seabury says. “I sat down with the chef and the culinary director and worked to tailor the menu to make it feel vintage and old-school. But it’s not meant to be gimmicky or kitschy. It’s legit, and we want the food that comes out to match the energy we put into it.”

For atmosphere, Seabury took his inspiration from Mexican restaurants of the 1940s and  ’50s. That meant reviving the original cursive font and evocative iconography of the original El Charro on the classic trifold menu (the Lafayette location’s iconic sign, preserved in Walnut Creek’s bar area, is an example of a redesign done in the 1980s). In the spirit of modernizing the concept, Seabury drew  inspiration from similar-era Los Angeles restaurants like El Coyote and El Cholo, which is reflected in oversize black-and-white photos of Angelenos driving souped-up cars and bikes in the main dining room. (Seabury describes Mexican Americans’ SoCal-born car culture as the modern-day equivalent of the charros, or glamorous cowboys, of  the past.)

It’s been a delicate balancing act, one perhaps best exemplified by the restaurant’s famed El Charro butter. The garlicky, blue cheesy dip, supplied for free along with a bottomless supply of chips, was El Charro’s signature calling card. It was also costing the restaurant upward of $500,000 per year, Seabury realized when he looked into the books, something he could ill afford in today’s hyper-competitive market.  Instead, he went to work updating the dip with as light a touch as possible while still using ingredients he could get behind, serving it with fresh made-in-house tortilla chips for $4. The reaction from customers has been a mixed bag—while many are thrilled to have the El Charro butter back in their lives, Yelp feedback is peppered with comments about having to pay for what was previously a freebie. Similarly, the margaritas are now made with superior-quality tequila but are necessarily smaller than the famed outsize vessels of the past.

And so it goes at El Charro 1947. Viewed in a vacuum, it can easily be enjoyed and appreciated as a fun, friendly, throwback to vintage Mexican American eateries before  the likes of Maria Maria updated the formula. But like many an earnestly executed movie remake, the current product can’t help but be experienced through the prism  of the original. But before you write that snarky Yelp review, give El Charro 1947  a chance.

First of all, the food concept is well executed, filled with good—and occasionally better than good—versions of Mexican American standards. For starters, go ahead and bite the bullet on that $4 for the chips, salsa, and El Charro butter—it gets you a heaping basket of chips, and a little of that sharply piquant butter dip goes a long way. If you’re looking for a smoother chip-dip experience, consider the queso fundido, an unapologetically retro neon-yellow cheese sauce with the consistency of stadium nachos, spiked with chorizo and pico de gallo—it’s a guilty pleasure the whole family can dig into. The Mexican cornbread is another heaping hunk of comfort. Based on a recipe from Seabury’s father, the airy bread is infused with the aroma of roasted poblano chili, bulked up with real corn and cheddar and pepper jack cheese, and topped by  a decadent, just-a-touch-spicy crema sauce. Yum.

The entrée section proved more hit or miss. I’m a sucker for a good squishy enchilada doused with sauce. El Charro’s—both the dark mole and the “verde” suiza—came off as drier and more overly composed than what I’d have preferred. The carnitas, on the other hand, were excellent, offering generous portions of tender, succulent slow-braised pork. Another winner (and holdover from the original menu) is the El Charro relleno,  sporting a deep-fried green chili stuffed with melted cheese and battered with an  unusually flaky, floury crust. Most of the mains are served with solid renditions of classic red-tinged Mexican rice and either black or refried beans.

Perhaps best of all is the setting, which takes advantage of a large but smart  Maria Maria layout, offering choose-your-own-adventure dining options that include open-layout tables in the center, cozy booths around the perimeter, and a separate bar area. Christmas-style lights add a festive atmosphere, as does the colorful bric-a-brac transferred from Lafayette.

No, it’s not the original. But take a sip of your margarita—they’re smaller but pack a heckuva punch—squint a little, and you’ll still experience a bit of that original El Charro spirit. elcharro47.com.