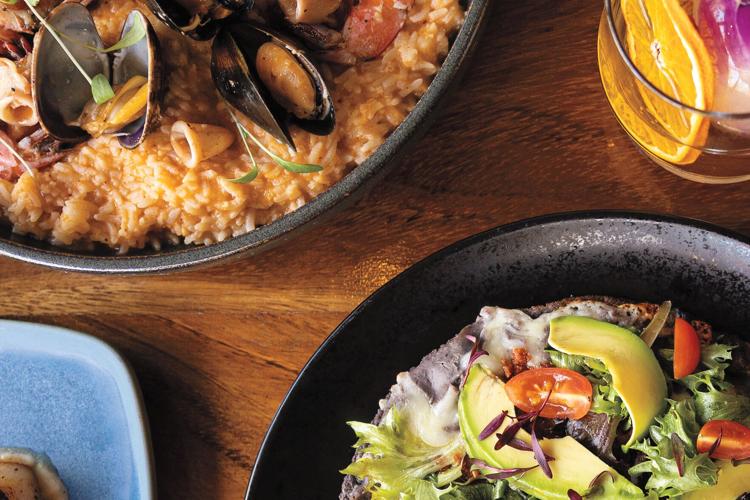 T’Zunun takes diners to the less-visited regions of Mexican cuisine. 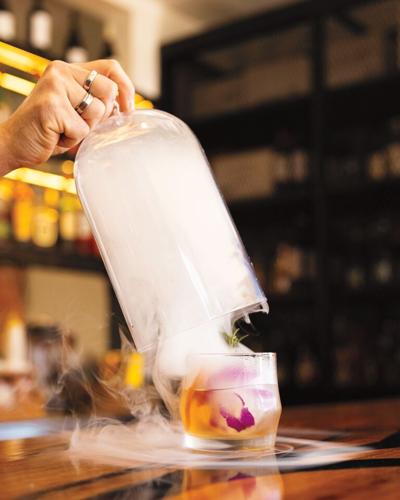 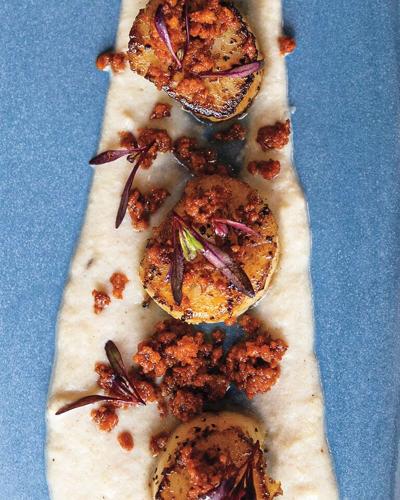 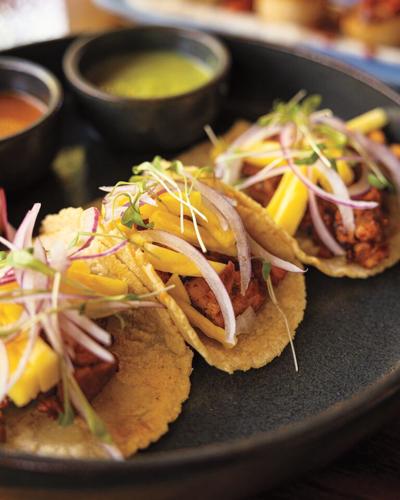 Even the tacos are special at T’Zunun. 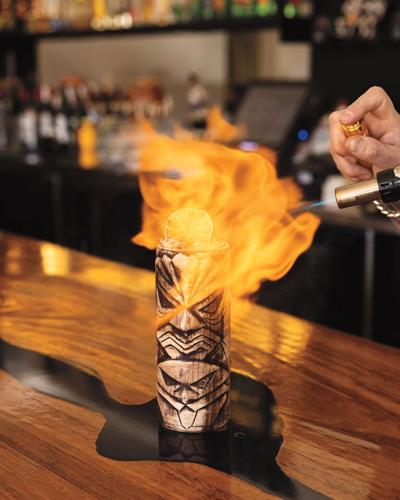 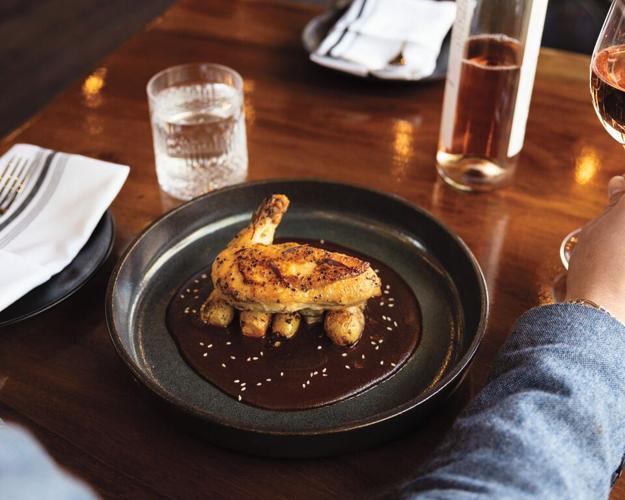 T’Zunun got its name from the Mayan word for hummingbird. While there are many Mexican legends about the delicate, colorful creatures, Jesus Wence says the birds’ symbolic role as messengers is what correlates best to his mission at the popular new restaurant.

“There’s a lot more to Mexican cuisine than what people think,” says the 24-year-old executive chef, son of the family that owns Wence’s Restaurant, also in Pleasant Hill. “T’Zunun is delivering the good news about the many different dishes of Mexico.”

Not to knock burritos and combo plates involving huge expanses of rice and refried beans, but this is not that. T’Zunun, which took over the Mr. Lucky’s space on Taylor Boulevard and Pleasant Hill Road, goes beyond most Mexican menus in this area, crafting carefully selected ingredients into vibrant dishes not often served in restaurants north of the border—and sometimes even innovating with local ingredients to produce dishes you could say originated here.

A tlayuda appetizer gives you a hint of the fun to come at T’Zunun, where, with the change of ownership, the atmosphere went from neighborhood hang to exotic glam. The tlayuda, which resembles a colorful pizza, builds from a satisfying, thick blue-corn masa tortilla and is gorgeously seasoned and fattened up with pureed black beans, Oaxaca cheese, avocado, and fresh greens.

We ordered ours with mushrooms (rather than chorizo), which had been sautéed to a luscious tenderness. Cut into four or even eight slices to share, the appetizer is a serious upgrade on standard chips and guac.

Seafood standouts on the menu include ceviche made with plump prawns, charred tomatillos, fresh chili peppers, avocado, and red onion, as well as succulent mussels in a tangy poblano chili broth, a concoction so good you’ll want to mop up every bit of it with its accompanying bread.

T’Zunun’s sleek, elegant bar—part of a contemporary, airy interior design that offers an invitingly rustic back porch—pumps out an extensive selection of drinks including beer and wine, some 40 mezcals and 25 tequilas, and innovative cocktails.

Among our favorites were a Mexican rosé called Casa Madero that paired easily with many of the dishes and the refreshing La Paloma cocktail, a highball of tequila, grapefruit, lime, agave, and sparkling water that comes with a perfect pink slice of dehydrated grapefruit.

Like nearly everything we tried, dinner entrées (“platos fuertes”) were painstakingly prepared using top-shelf ingredients. However, the portions of some of the dishes (like the Oaxaca-style chicken mole, the grilled octopus, and the pan-seared scallops) seemed a bit meager.

One plato fuerte that was truly fuerte was the arroz a la tumbada. Similar to paella and hailing from Veracruz, according to Wence, the hearty dish’s rice base is quite soft and brothy, a bit spicy, and loaded with fresh-from-the-sea mussels, clams, calamari, and prawns.

On other end of the spectrum, the Ensalada T’Zunun is light and refreshing with its just-picked greens, grapefruit, bits of pear, strawberries, queso fresco, and lemon vinaigrette.

The servers at this restaurant are friendly, competent, and numerous—a credit to the management with unemployment as low as it is. Yet although they were willing to get answers to any question, it would be great if they were taught more about the food and drinks so they could answer without having to log extra laps to the kitchen. Another nitpick is the acoustics. “Loud” doesn’t quite describe the din that’s created when the restaurant is even partly full.

Like a hummingbird flitting from one delicious thing to the next, T’Zunun even makes a stop at tacos. The arrachera tacos surprise with slices of medium-rare skirt steak, creating an altogether different experience than the usual beef taco, with a bit of bacon heightening the distinction.

The tacos al pastor are made with organic, free-range chicken rather than pork, and bits of fresh pineapple set off the meat. The earthy wild mushroom tacos get a satisfying crispness from fried leeks. While the taquitos dorados might sound enticing to crab and brussels sprouts lovers, the thick fried wraps of the taquitos overpowered their delicate filling.

The tortillas served at T’Zunun are handmade with gluten-free non-GMO heirloom corn imported from Mexican farmers who use traditional growing methods that have been in their families for centuries.

“That corn is really special,” says Wence, whose family is from the Mexican state of Michoacán.