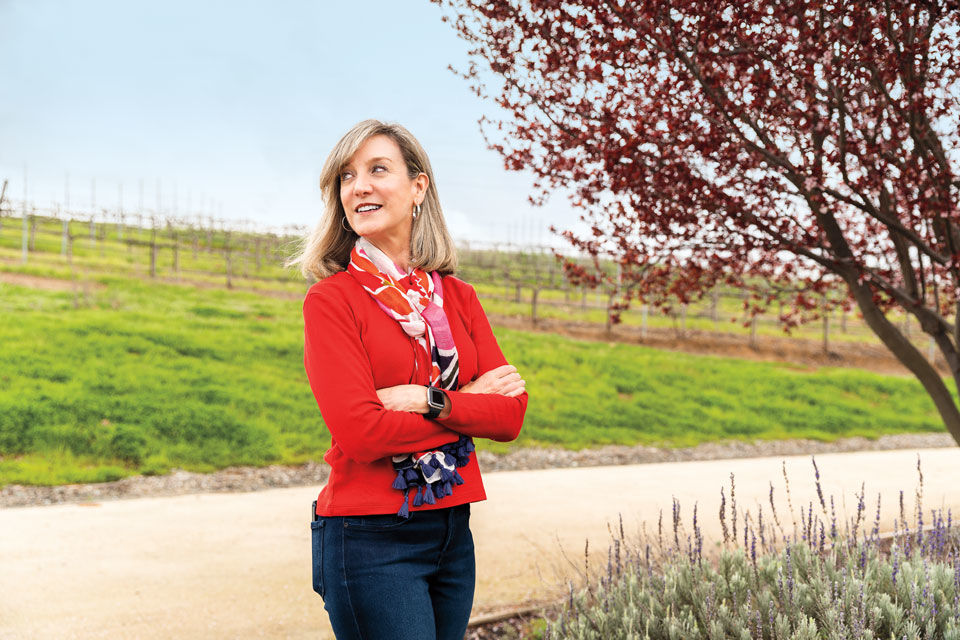 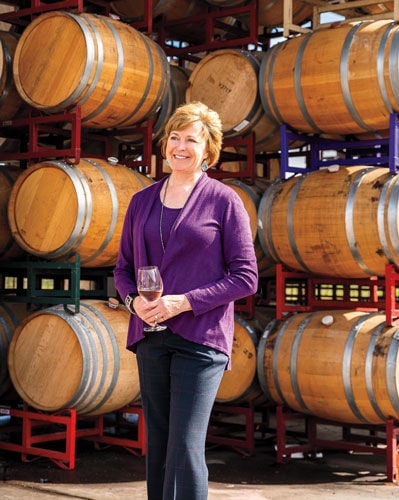 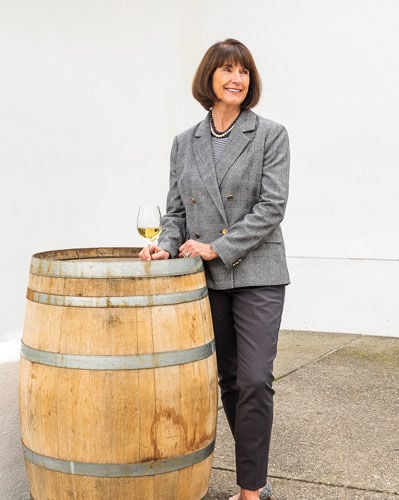 Livermore Valley is one of the oldest wine regions in California.

Before 1920, the area housed 50-plus wineries, but only two—Wente Vineyards and Concannon Vineyard—survived Prohibition. The numbers grew slowly through the decades, but over the past 25 years, the valley has really started to boom: Since 1993, the region has added close to 40 new wineries, bringing the current total to more than 50, surpassing its pre–Prohibition heyday.

It’s not hard to understand why the area is flourishing. While nearby wine regions such as Napa and Sonoma attract more national attention, the Livermore Valley’s convenient location makes it a natural draw for East Bay residents, as do its broad array of high-quality wines, fine-dining locales, and luxurious accommodations. The reasonable food and wine prices—with most bottles going for less than $45—are another plus.

As more women take over prominent positions in the local wine industry, things are getting even more interesting. "Women in leadership roles in Livermore Valley wine country have increased in all areas, from ownership … [to] vineyard management and wine­making," says Chris Chandler, executive director of the Livermore Valley Winegrowers Association (LVWA).

Indeed, prominent women such as Chandler, Darcie Kent, and Carolyn Wente are bringing a new dimension to the industry—and fueling the region’s growth. We spoke with them about finding success in the Livermore Valley.

With a robust leadership role at The Walt Disney Studios and a senior team position at Tavistock Restaurants on her resume, Chris Chandler took over the LVWA with passion and authority in 2007. "I was working for a restaurant group that had seven concepts across 17 restaurants in five states when I was recruited for the executive director position and made the move to Livermore Valley," Chandler says. She was already familiar with the wine industry, after spending years in the restaurant business, and welcomed the exposure to different concepts and brands.

Her appointment to this top-level role also made a statement in an industry that has traditionally been led by men. However, over her 12 years at the association, "I’ve seen the number of women winemakers, female sommeliers, and women in management roles increase dramatically," Chandler notes. Moreover, she says that she’s found her fellow females in the wine world to be smart, strong, and extremely supportive of one another.

Chandler’s strategic leadership at the LVWA has been the driving force behind several "Value-Added" wine-producer grants awarded by the United States Department of Agriculture. This hard-earned support allows her to conduct key studies, the results of which will help her winery members develop business and marketing plans. Thanks to a recently conferred California Department of Food and Agriculture grant, Chandler will be able implement more expan­sive educa­tional and outreach efforts to raise awareness of the Livermore Valley viticultural region.

Chandler considers herself fortunate to work in a business where the central product brings people together. As she puts it: "Sharing wine and wine-related experiences with others allows my personal and professional lives to integrate and balance beautifully."

Darcie Kent: Art of the Vine

In 1996, fifth-generation vintner and artist Darcie Kent launched her family-owned namesake winery. She is carrying on her Swiss-born great-great-great-grandfather’s winemaking tradition, but her path into the industry was hardly direct.

Kent and her husband, David, worked in corporate sales and marketing at Procter and Gamble until 1991, when they moved to California to pursue their passion for wine. They joined a home winemakers club, and by 1996 they’d purchased their first vineyard in the Livermore Valley. While their wines were produced elsewhere at that time, within eight years they’d moved all operations to the Livermore Valley property, and things took off from there.

"Women winemakers were just coming onto the scene, so we were a bit of a novelty at first," Kent says. Now, along with being the vintner, she wears many hats at the winery, including making day-to-day farming decisions and serving as the primary spokesperson for the brand. During the time-consuming annual harvest season, Kent might sort grapes, ride the tractor while fielding select clusters, or punch down the fermentations.

Kent loves the lifestyle winemaking affords. "The wine business has been a great opportunity for a working mother such as myself," she says, citing the flexible hours (except during harvest, when things can be unpredictable) that allowed her to raise her two daughters and still lead the winery. Now that her children are grown, Kent has upped her travel schedule; she also speaks at wine festivals and works with her distributor network. And she relishes having the time and space to create her art, which can be viewed in her tasting-room gallery and on her wine labels. "I’ve sold over 170 paintings since we opened in 2013, and I cherish being able to paint the vineyards and animals that surround us," she says.

One of Kent’s career highlights came in 2014, when she met Michelle Obama and poured Darcie Kent DeMayo Chardonnay at the 100th annual First Lady’s Luncheon in Washington, D.C. It was a thrilling experience, she says—even more so because she got to enjoy it with her daughters, Kailyn and Amanda, by her side.

Carolyn Wente: Building on a Legacy

Wente grew up around the family business, participating in all aspects of grape growing and winemaking during weekends and school vacations (and on weekdays, before or after school, as needed). Her parents, grandparents, and two older brothers had a tremendous influence on her career path, exposing her to agricultural experiences on the farm and in the vineyards and to production at the winery. "My grandfather would pick us up early in the morning and drive through the vineyards, talking and explaining what was going on and what to look for during the various growing seasons," Wente recalls.

Her family also encouraged her outside interests: When Wente was accepted at Stanford University, her parents urged her to spend summers away from the winery to gain different points of view. She took advantage of the opportunity to explore, working in commodities at the EF Hutton brokerage firm, interning for a U.S. senator, and completing a stint at a solar-energy start-up. She soaked up these diverse experiences and came to a better understanding of all the options she could pursue before ultimately joining the family winery in the 1980s.

"Generally, I never felt any resistance as a woman," Wente says, attributing that in large part to the way she was raised. "Girls and boys, men and women—all can do and achieve the same things. Just don’t wait to be asked. Have confidence in your ability."

In recent years, Wente has played an integral role in the  expansion of Wente Family Estates’ portfolio of wines. The business has also grown to encompass more than just a winery under her direction: She introduced a restaurant on the property’s grounds, a casual eatery serving Californian-Mediterranean fare, and an award-winning Greg Norman golf course. Now, she aspires to nurture the fifth generation of the Wente family and support their stewardship. "I would not be in the position I am today without my family and the people I have worked with through the years," she says.

Despite the pressures of leading a century-old family business, Wente still loves what she does. "As a leader, I believe that if your job lets you satisfy some of your core values, you will feel that what you do is important," she says, "and you’ll look forward to going to work each day."

Pairings take center stage at this food and wine extravaganza, held at Casa Real at Ruby Hill Winery in Pleasanton, where 18 local winemakers team with top Bay Area chefs to produce a dazzling epicurean experience. Workshops, dinners, parties, and (of course) tastings are also on the weekend’s agenda.

For the 38th year, oenophiles from around the Bay come together in the Livermore Valley to share the joys of the crush. Area wineries host special events, ranging from live music, to arts and crafts, to demonstrations. Grab a bite from a food truck, buy a few specially priced bottles, and sip to your heart’s content.

For tickets and information, visit lvwine.org.