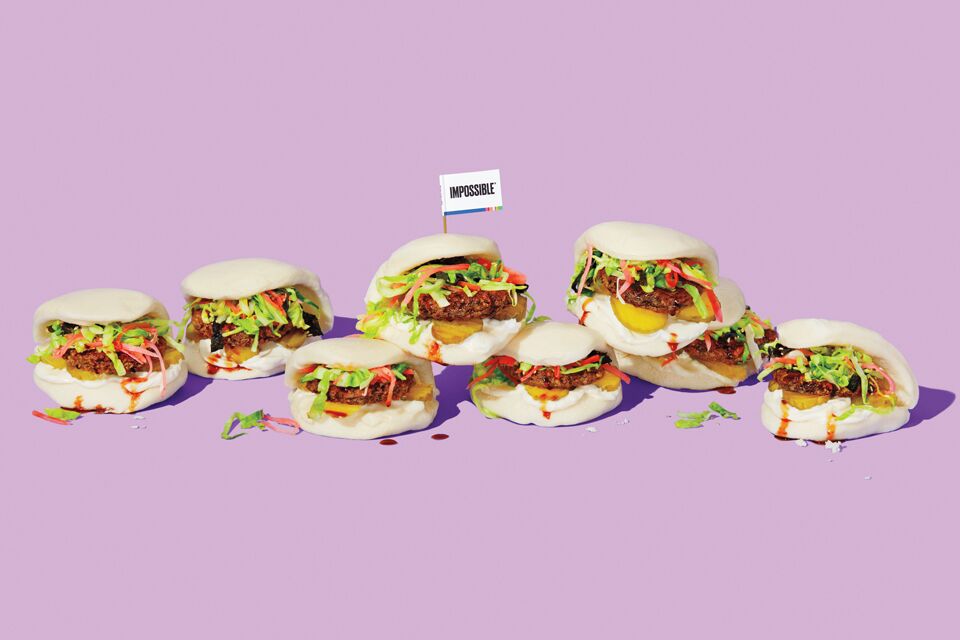 Demand for meatless meals, like burgers from Impossible Foods, is skyrocketing. 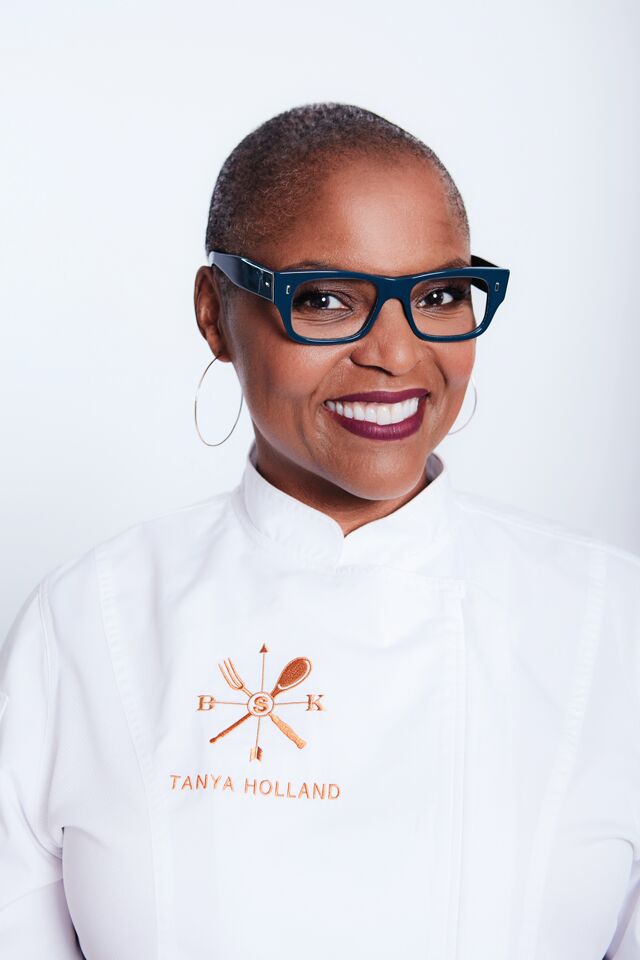 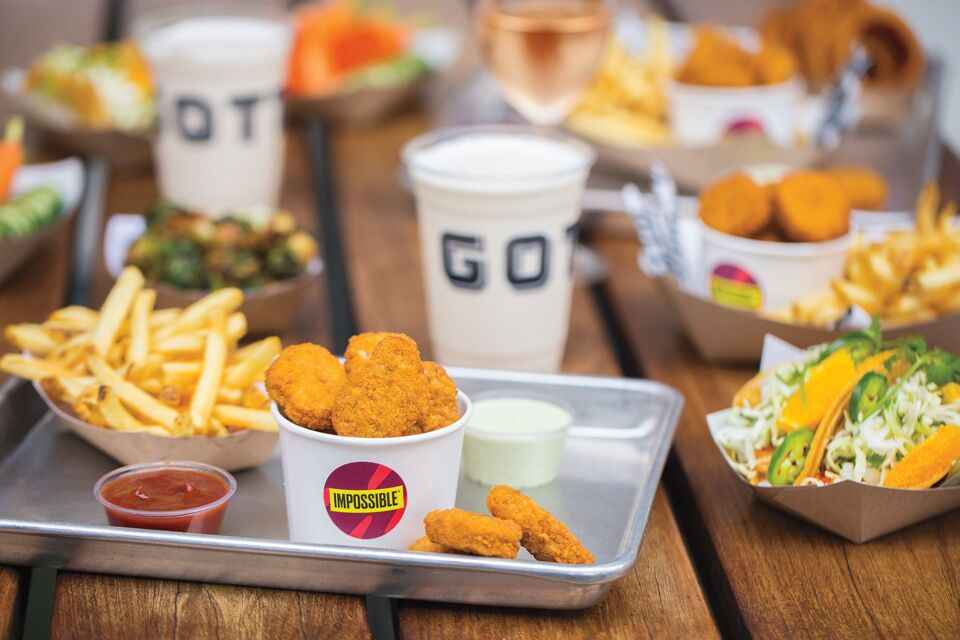 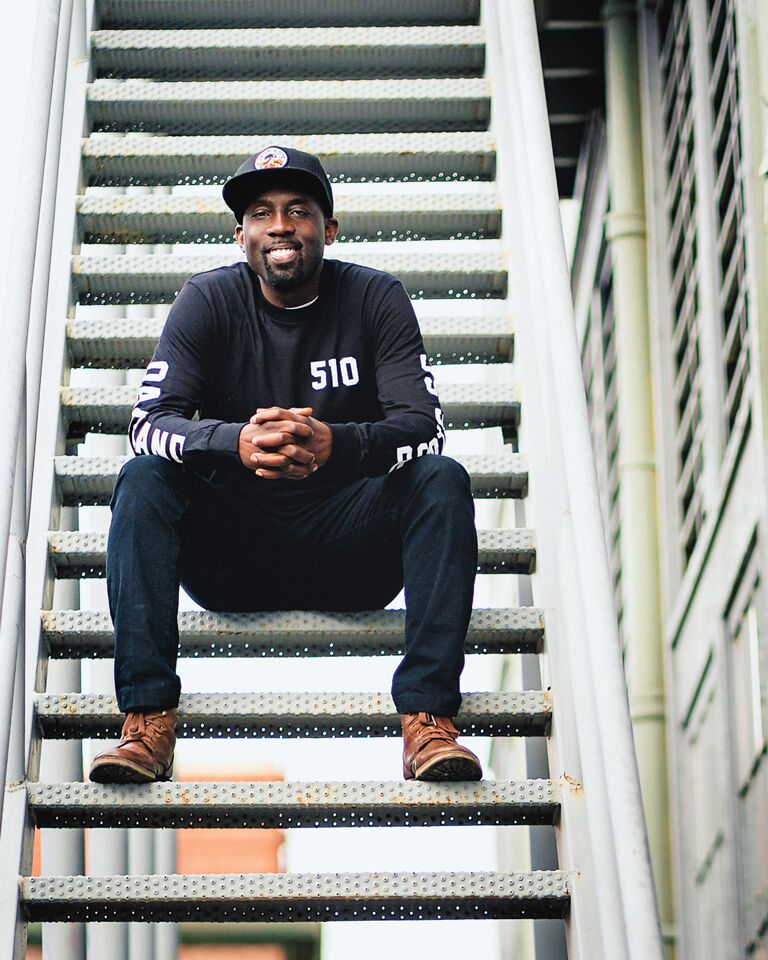 When Tanya Holland began planning the menu for her new Town Fare restaurant, the Oakland chef felt she had an obligation to consider her options with extra care.

It wasn’t just about satisfying a diner’s taste buds, she says. It was about a sense of responsibility to the world at large.

“If there’s a philosophy [to the restaurant’s menu], it’s that I need to contribute to fighting climate change,” Holland says. “It’s knowing that we need to eat more plant-based foods and also knowing that there are more people trying to do the same.”

She characterizes Town Fare, which opened at the Oakland  Museum of California in June, as “vegetable-forward.” That means that while its menu isn’t meat-free, the emphasis is on fresh  produce, with options like mushroom toast, roasted beet salad, and vegetarian muffuletta.

Holland is acclaimed for Brown Sugar Kitchen in Oakland, as well as competing on season 15 of Top Chef. Now, she sees Town Fare as a chance to expand her repertoire.

“I knew this would give me an opportunity,” she says. “It’s all about taste and flavor.”

Customers have responded positively,  which doesn’t surprise her. East Bay residents have a history of devotion to the healing arts and health-conscious foods.

Such diners are also part of a growing movement, both locally and on a global level.

These days, eating animal-free is essentially mainstream. And, whether you call it “vegan” or prefer the modern “plant-based”  rebranding, the East Bay has evolved into an epicenter with top-quality restaurants, including Town Fare and Millennium, which relocated from San Francisco to Rockridge in 2015. There  are casual spots, too, such as Berkeley’s Butcher’s Son deli and  Oakland’s Vegan Mob barbecue joint.

Even more options are on the way. The national vegetarian chain Sweetgreen will open soon in Walnut Creek, and Sliver Pizzeria, popular with Oakland and Berkeley diners for its daily veggie pie, is set to expand into Danville.

The East Bay is also home to several plant-based food companies. Hodo Soy, which produces tofu products, and Impossible Foods, known for its soy- and potato-based burgers, both have facilities in Oakland. (Gott’s Roadside, with an outlet in Walnut Creek, recently added the latter’s new Impossible Chicken Nuggets to its menu).  Grocery stores sell many such regional items, as well as national brands like Beyond Meat and Omnipork (vegan pork products).

The public’s demand for more choices is high, fueled by concerns over health, ethics, and climate change. It’s not an all-or-nothing trend, either. Plant-based options are popular with vegetarians (those who still eat cheese and dairy) and carnivores. According to a 2021 study from Nielsen IQ, a global measurement and data analytics company, more than 52 percent of United States consumers are eating more plant-based foods—even if they’re not giving up meat altogether.

Chef Catherine Bergen says she knew it was time to launch a vegan menu at her trio of C Casa taquerias, which includes locations in San Ramon and Emeryville, after repeated requests from patrons. “It was about listening to the customer,” she says.

She thought carefully about how to best adapt the dishes inspired by her travels in Baja, items that include regionally sourced fresh greens and fruits and vegetables. Now, diners can nosh on the likes of heirloom potato tacos, seven-layer dip, and nachos with dairy-free Parmesan and aioli.

“I didn’t want this to just be a nod to vegans,” Bergen says. “We wanted to create dishes that emulate the flavor profiles of other dishes, only plant-based.”

For GW Chew, the brainpower behind Vallejo-based Something Better Foods,  food is more than just what satisfies our cravings; it’s history and tradition.

“Food is culture,” he says.

That means his company’s Better Chew product line, which includes plant-based fried chicken, shredded steak, and fish made with soy and other plant proteins, must satisfy his toughest customer: his father, a devout carnivore.

Chew, known professionally as Chef Chew, doesn’t have a formal culinary background, but he’s spent years studying cookbooks and family recipes to create vegan takes on the Southern soul food comfort dishes he grew up with in Maryland. He had vegan restaurants in Arkansas before moving to Oakland, where he ran the Veg Hub, a bistro and food education center.

Chew says his desire to eat plant-based food is rooted in watching relatives struggle with or die from conditions such as diabetes and heart disease that are often lifestyle-related.

A vegan since 2001, he’s always working on improving the taste and texture of  his products. “It’s the mouthfeel, it’s the texture, it’s the familiar flavors,” he says.

Now, although Chew is no longer involved with the Veg Hub, he still has a local  presence. His Better Chew products are stocked in area grocery stores, including Whole Foods. They’re also the centerpiece of his newly launched Better Chew School Lunch Program, which provides 150 lunches weekly for the Pleasant Hill Adventist Academy in Pleasant Hill.

For Chew, it’s all an opportunity to  address many issues in a holistic way.

“We’re in a health crisis, especially with the pandemic, and then there’s the climate change crisis … it’s all interconnected,” he says. “I wanted to make great food to bring something better to my community.”

You can’t force people to change long-standing habits, especially ones based on family tradition or nostalgia, he adds. Instead, Chew says his approach is one steeped in love.

“It’s about educating people and also creating this food that tastes amazing.”