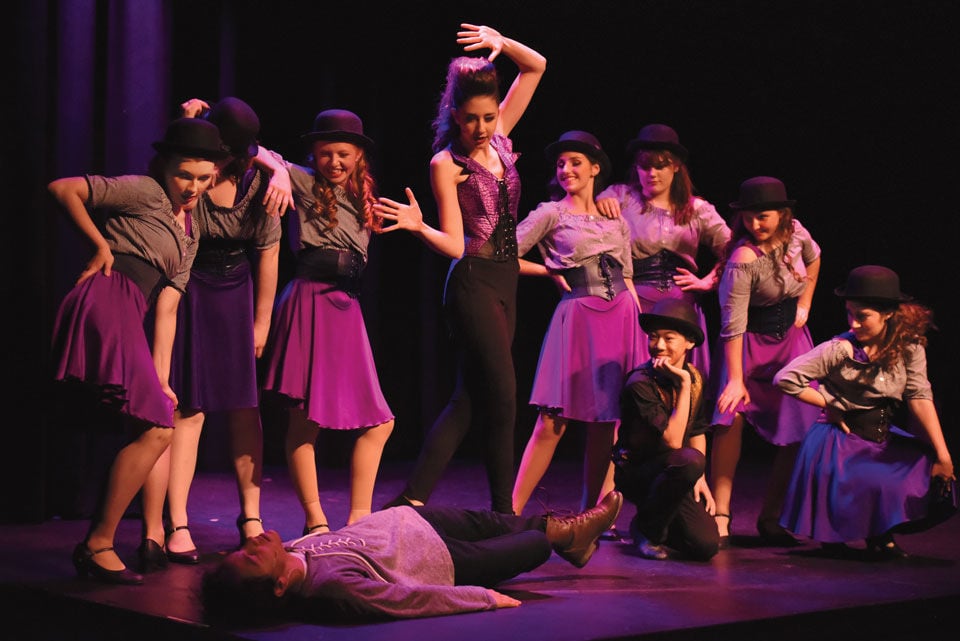 Young actors take center stage in musicals by Danville’s I Can Do That! Theatre Company. 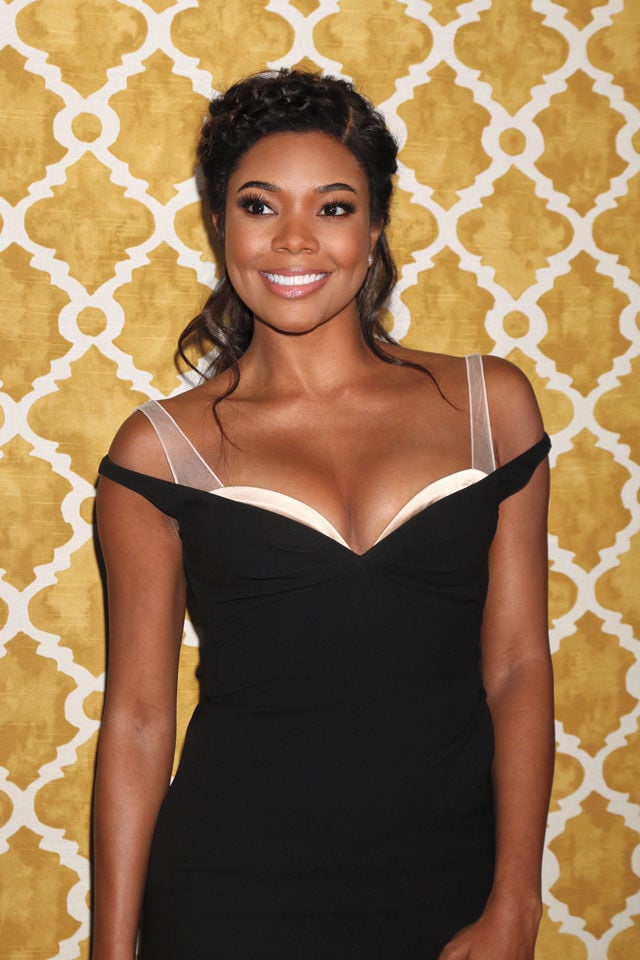 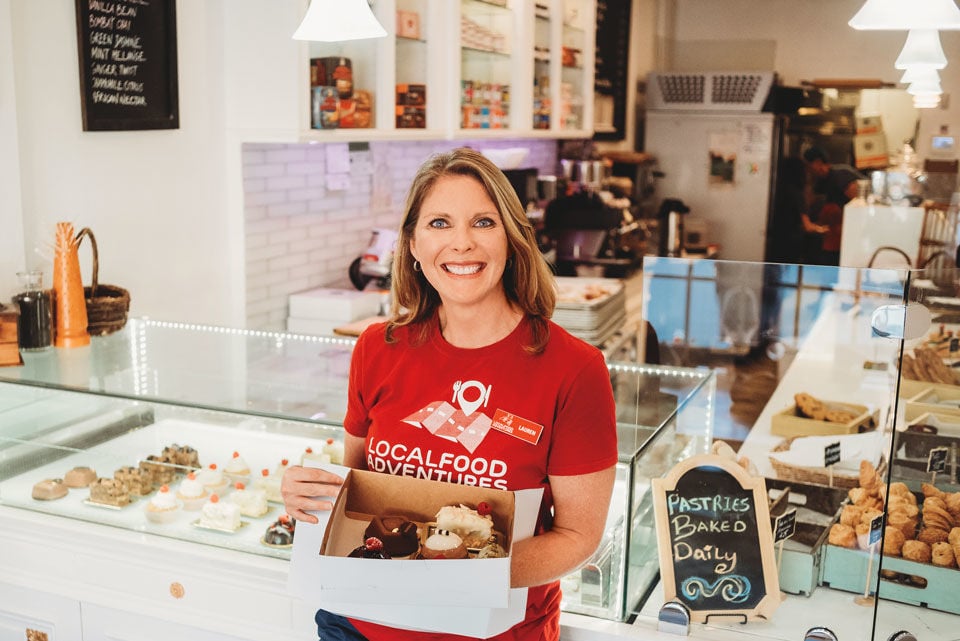 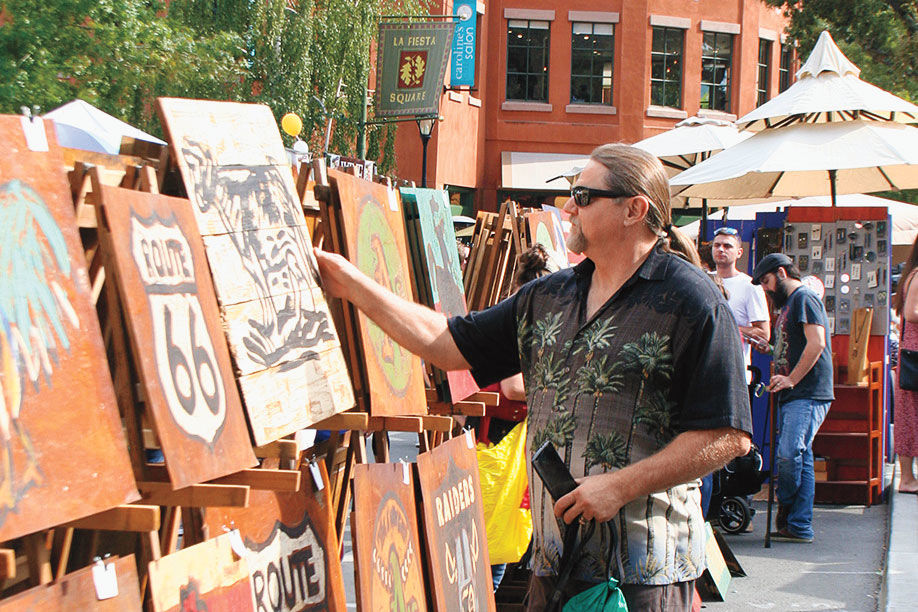 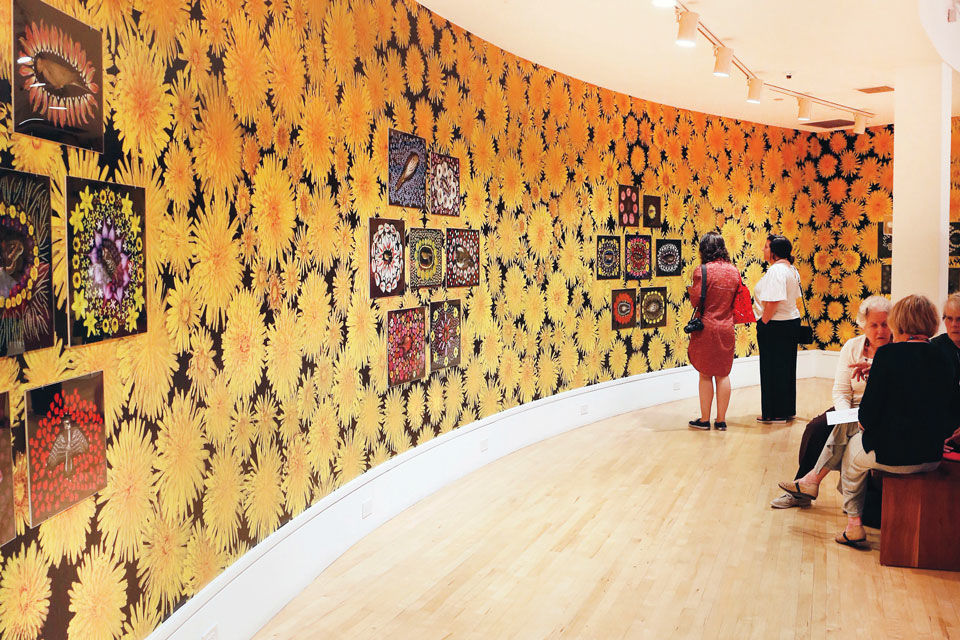 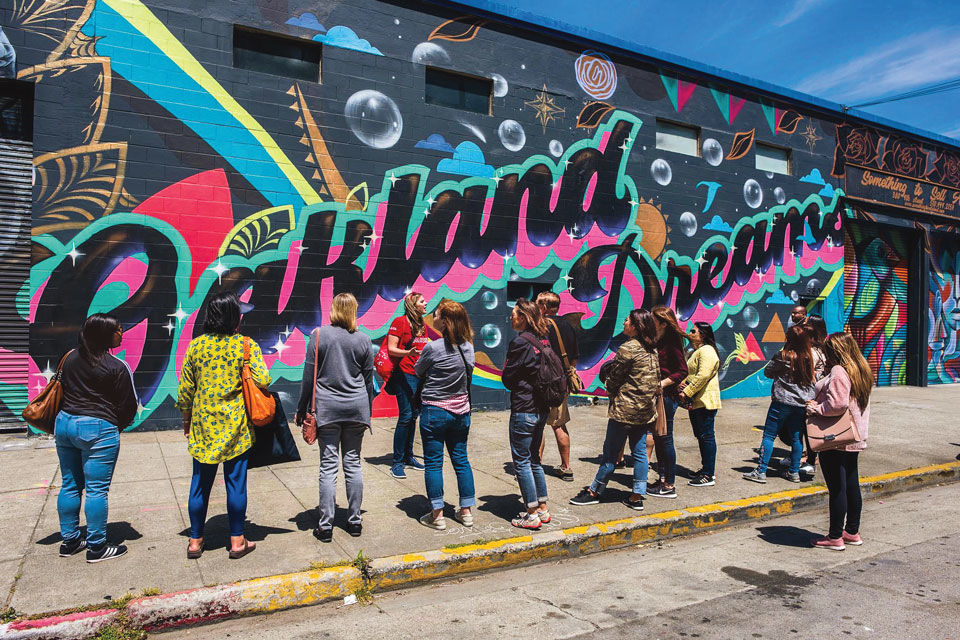 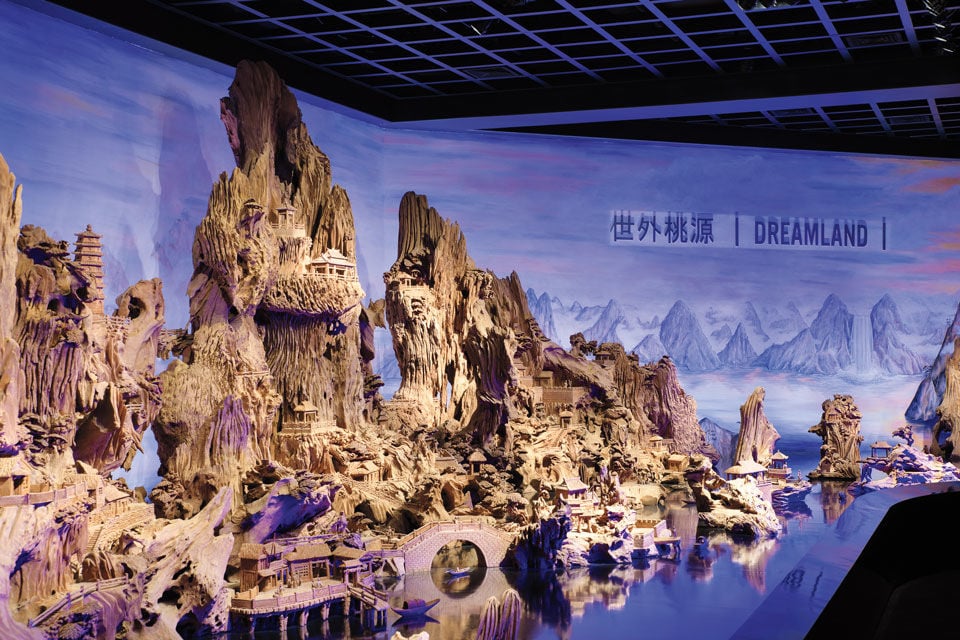 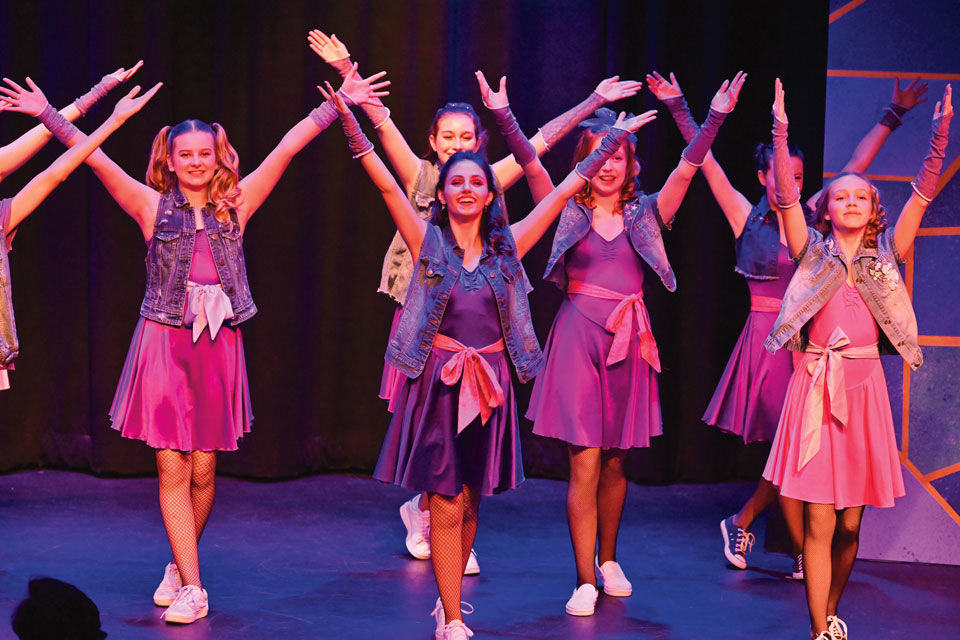 I Can Do That! Theatre Company 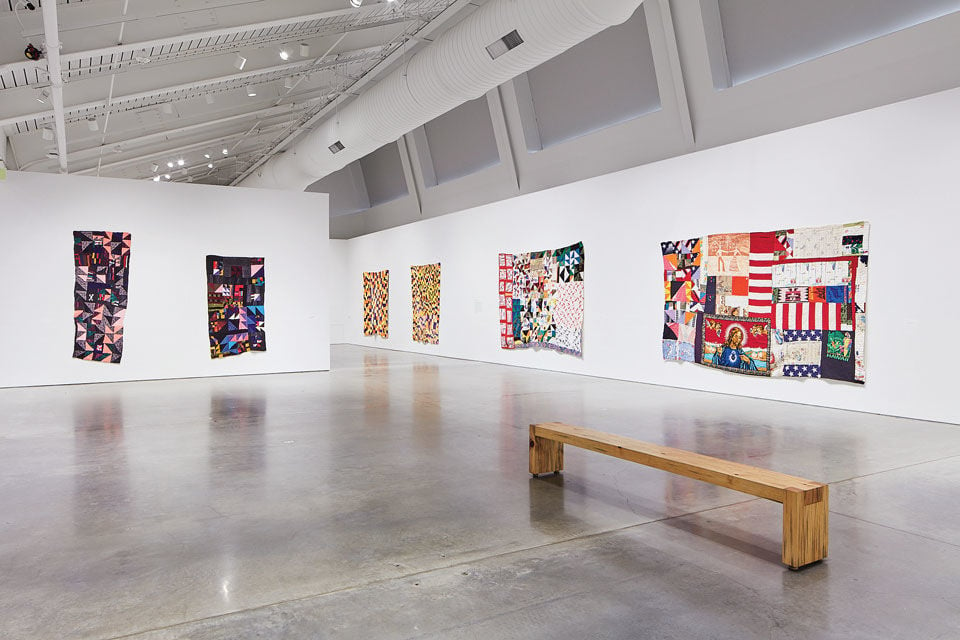 Sure, the one-time Pleasanton resident  is a well-known Hollywood actress (Bring It On), TV star (L.A.’s Finest), best-selling memoirist (We’re Going to Need More Wine), and activist (a rape survivor, she has championed women’s health and diversity issues). She’s also the wife of a basketball hero (perhaps you’ve heard of Dwyane Wade?). But what causes true  Instagram envy is Union’s unflinching love and respect for her family.

The actress released a children’s book in May called Welcome to the Party that was motivated by the birth of her daughter Kaavia. Union’s social media post about the illustrated title said she was “inspired to create stories that are not only representative of the cultural melting pot we live in, but also celebrate life and the fun, teachable lessons that come at every age.”

Union is also helping to parent Wade’s three children from previous  relationships, as well as the former  Miami Heat star’s nephew. Their family  has received plenty of media attention,  but the couple sparked major headlines  for supporting Wade’s 12-year-old, Zaya, when she came out as transgender; the trio even walked the red carpet together at the Truth Awards in March.

Wade and Union have raised money  for LGBTQ+ nonprofits, most recently supporting care for the LGBTQ+ community during the COVID-19 crisis. They also coauthored an essay for Time magazine in February, sharing the lessons Zaya taught them about equality. Wrote the pair: “It’s our job, when our children come home and tell us who they truly are, to go out and find the very best ways to help them embrace that.”

The Bedford Gallery has interesting exhibits that my students like to visit before or after  attending one of the many plays we’ve enjoyed over the years.” —Connie Miller, Martinez

We have experienced a  number of tours with  Local Food Adventures; they are informative and fun. We especially like the history lessons we get for each area, and the food is always great. It’s a good way to experience a  neighborhood that we may not be familiar with while getting a great walk.” —Brenda Balducci, Pleasanton

The Lafayette Art, Wine and Music Festival is one of the East Bay’s most beloved festivals, showcasing an eclectic grouping of  vendors selling something for everyone. spend the day shopping, listening to  a variety of music on the various stages, or toasting with friends while sampling the many domestic and local wine/beer offerings.” —Anne Holmes, Walnut Creek

I Can Do That! Theatre Company, Danville, icandothattheatre.com.

Dubbed “an astonishingly original and  visionary artist” by BAMPFA’s former  director and chief curator Lawrence Rinder,  Rosie Lee Tompkins (1936–2006) was an  internationally known quilter based in  Richmond. Her critically acclaimed pieces  drew on the rich tradition of quilting in  African American culture and are in the permanent collections of the Oakland Museum of California and the Whitney Museum of American Art. Tompkins, whose real name was Effie Mae Howard, formed a friendship with Oakland quilt scholar Eli Leon and  contributed more than 500 pieces to his quilt collection. Upon his death in 2018, Leon donated his entire trove of 3,000 quilts to BAMPFA. This historic bequest led to a retrospective of Tompkins quilts that opened in February and includes dozens of colorful works that had never previously been  exhibited (the show has been extended until December 20). bampfa.org.

This Pulitzer Prize–winning author, known for The Amazing Adventures of Kavalier and Clay, among many other works, made an  impressive showing when he took on helming duties for Star Trek: Picard last year. The CBS All Access series, starring Patrick Stewart in the title role, premiered in January and drew attention for its smart writing and reimagining of an old sci-fi franchise. Chabon will hand over the reins for the show’s second season while remaining an executive producer; he will also continue  developing a television version of Kavalier and Clay (along with wife and fellow writer Ayelet Waldman) for Showtime.

BEST EVIDENCE THAT THE SHOW MUST GO ON

The comedian and host of CNN’s United Shades of America stepped up during the COVID-19 crisis and started the Masks for  the People humanitarian campaign, along with civil rights activist and pastor Michael McBride. The effort is aimed at addressing the lack of preventive care and health resources  in vulnerable communities. Bell cohosted  an Instagram Live fundraiser on April 6 that featured Golden State Warriors coach Steve Kerr, Black Lives Matter cofounder Alicia  Garza, and other guests. During the event, Twitter CEO Jack Dorsey donated $1 million to the cause. livefreeusa.org/masksforthepeople.

$0 Cost to rent if you have a library card.

5,289 Documentaries available, including  California Typewriter, which highlights the  defunct Berkeley typewriter shop of the same name.

23,082 Titles available for streaming through Kanopy (sign up with a library card). ccclib.org.