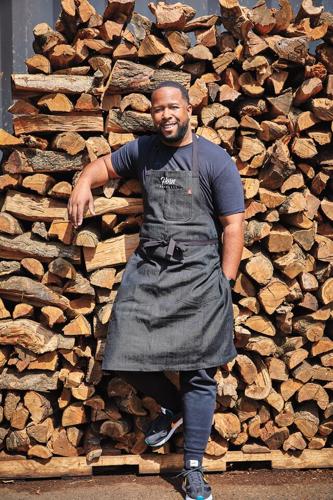 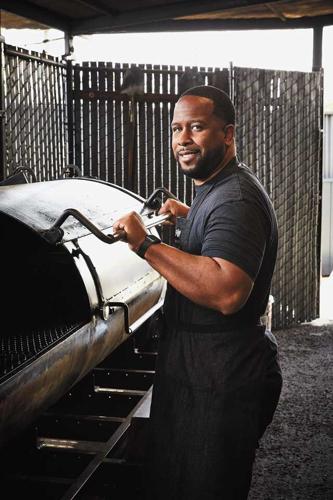 Matt Horn’s barbecue has taken the East Bay by storm.

It’s something any nine-to-fiver can appreciate: the desire to break away from the desk, the boss, and the monotony of the daily grind. For Matt Horn, who in 2016 was toiling away as a Los Angeles–based retail manager, that’s what the lure of the barbecue pit represented.

“It was just the freedom,” explains the owner of Oakland’s Horn Barbecue and Kowbird. “There’s something beautiful about the fire, about being back there by myself, that allowed me to reflect and think. I wanted to do more with my life, and barbecue helped me transition. It was what I needed during that time. I always say: I didn’t find barbecue, barbecue found me.”

Requiring space to cook and a change of scenery, Horn moved to the Central Valley near his grandmother’s Fresno home, where multiple barbecue pits had collected over decades of family gatherings.

“You go in the backyard, and it’s like a barbecue graveyard back there,” he says with a laugh. “I bought some meat not even knowing what kind of cooker I wanted to use. I started looking through all the equipment, chose the offset smoker, and that’s how I got it going.”

“I wanted to do more with my life, and barbecue helped me transition. It was what I needed during that time. I always say: I didn’t find barbecue, barbecue found me.” —Matt Horn

Horn honed his signature “West Coast barbecue” style over time in the backyard, taking inspiration from the smoking style of central Texas and the flavors and dishes from the South and utilizing the abundance of fresh West Coast ingredients. Social media buzz and block-long lines quickly formed for Horn’s smoked, fall-apart tender brisket (cooked for upward of 16 hours), ribs, chicken, and hot links, which he’d begun selling at pop-ups around the area. It was a highly productive time for his business and brand, but also a challenging one. The long hours required for each event—which included time spent setting up, cooking, breaking down, and cleaning, not to mention the commute—was taxing on him and his young family. “It was a challenge,” he admits. “I was still living in Tracy at the time, so I would drive out, sleep in the truck, and cook all night.”

Still, Horn’s legend grew, and it was after he was dubbed “the future of Bay Area barbecue” in a glowing 2019 San Francisco Chronicle feature that he started thinking seriously about putting down permanent roots. The location was obvious.

“Oakland just felt right,” he says. “There was this cool food scene happening already, and people have always really supported us here.”

The dominoes fell into place when Tanya Holland’s former Brown Sugar Kitchen space became available. Horn moved in and, in typical fashion, got to work. The process was far from seamless: The restaurant’s opening was delayed several times by the pandemic, and red tape from the city of Oakland proved challenging. But Horn’s single-minded focus was unstoppable, and accolades have flowed since Horn Barbecue’s launch in the fall of 2020.

But don’t worry: Horn isn’t letting success go to his head. “To be honest with you, I’m grateful for the recognition and press I’ve gotten, but I just stay focused on my mission,” he says. “In life, there are wins and successes, as well as adversity. I have to continue to stay humble and push forward.”