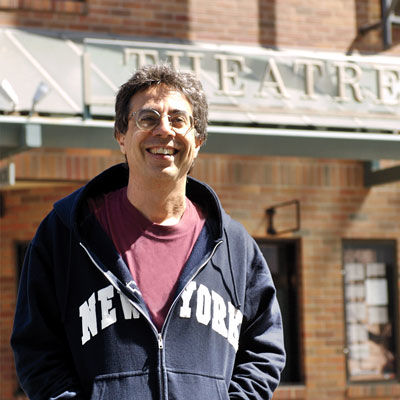 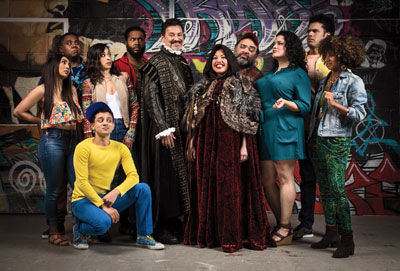 The cast of Kiss My Aztec!, which runs May 28 through July 14 at Berkeley Rep. Photo by Cheshire Isaacs/Berkeley Repertory Theatre. 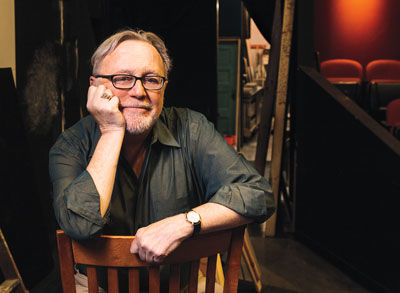 “My 27 years at Aurora Theatre have given me a chance to evolve artistically,” Tom Ross says. “And I'm grateful for that.” Photo courtesy of Aurora Theatre Company. 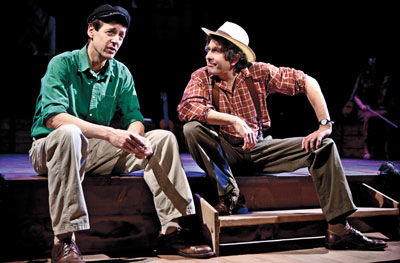 Tony Taccone has been the larger-than-life face of Berkeley Repertory Theatre for the past 22 years. A director and sometime playwright, Taccone steps down this summer as the company’s artistic director after directing the season’s final show: the world premiere of the musical Kiss My Aztec!, which he also cowrote with the actor and comedian John Leguizamo. Set in 16th-century Mesoamerica, the outrageously irreverent play celebrates Latinx culture, as woke Aztecs fend off colonizing Europeans.

Though consumed with the complex work of creating a new musical, Taccone has remained acutely aware that this is his Berkeley Rep finale. "I’ve been trying to savor that a little bit," he says. "I’ve had a lot of sweet moments where I’ve thought, Oh, wow, that’s the last time I’m going to get to do that. Some of that feels heartfelt and sad, and some of that feels fantastic."

Under his direction, the award-winning organization has become an internationally recognized icon of what a modern theater should be. Taccone has always striven for artistic excellence in Berkeley Rep’s productions—whether it’s a topical satire by the Latinx provocateurs Culture Clash (Zorro in Hell, which had its world premiere at Berkeley Rep in 2006), a memoir by Carrie Fisher (Taccone directed 2008’s Wishful Drinking), or a creative take on the jukebox musical (Ain’t Too Proud: The Life and Times of The Temptations, which debuted at Berkeley Rep in 2017 before moving on to Broadway and nabbing a 2019 Tony Award nomination). He has also maintained a creative partnership with Angels in America playwright Tony Kushner. Prior to his arrival at Berkeley Rep, Taccone commissioned the breakthrough play and codirected its world premiere. He and Kushner have continued to collaborate ever since.

"It’s obviously been a great ride. I couldn’t have asked for anything else," Taccone says. "I feel very blessed and lucky in innumerable ways, from the people I’ve worked with to the opportunities the theater has afforded me and made for itself."

Embracing the development and production of new works has been a hallmark of Taccone’s time at Berkeley Rep—so concluding his run with a world premiere suits him perfectly. Incoming artistic director Johanna Pfaelzer takes over in September. berkeleyrep.org.

Berkeley Rep’s next-door neighbor, Aurora Theatre Company, will also bid farewell to its longtime artistic director when Tom Ross leaves his post in July. Aurora has forged a distinctive identity under Ross for its thoughtful, intimate productions. Josh Costello, his associate for the past six years, will succeed him. Though Ross selected the majority of the lineup for the upcoming 2019–20 season, he asked Costello to direct its first show, Ike Holter’s dynamic play Exit Strategy, which debuts August 30. Ross is planning an encore, however. He returns to Aurora in April 2020 to direct the black comedy Loot, by the influential playwright Joe Orton. (Ross feels a special affinity for Orton, as he adapted one of the British writer’s screen­plays early in his career. "Directing his work feels like a strangely full-circle moment for me," Ross says.) Catch his last show of the current season—an adaptation of Joan Didion’s memoir The Year of Magical Thinking, with Nancy Carlin directing—when it opens June 21. auroratheatre.org.

Town Hall Theatre Company of Lafayette concludes its 2018–19 season with the musical farce Women on the Verge of a Nervous Breakdown, which runs May 30 through June 22. Based on the 1988 film by the lauded Spanish director Pedro Almodóvar, the theatrical adaptation involves a group of desperate women increasingly frustrated by the men in their lives. Directed by Dawn Monique Williams, with a book by Jeffrey Lane and music and lyrics by David Yazbeck, the play is both heartwarming and over-the-top, and backed by a score of danceable Spanish grooves. townhalltheatre.com.

Over at the Lesher Center for the Arts in Walnut Creek, Center Repertory Company closes its season with a different kind of musical: Woody Sez, a theatrical tribute to the great American troubadour Woody Guthrie. In the production, which runs through June 23, four musician-​actors perform more than 25 of Guthrie’s songs. They play a multitude of instruments while acting as characters from different phases of Guthrie’s turbulent life. David Lutken—who cocreated the show, which has been performed internationally—assumes the lead role of Guthrie. An accomplished musician himself, Center Rep’s artistic director, Michael Butler, is excited to present the production. "It’s the kind of music-theater piece I really love: a small group of highly skilled, highly talented people telling a good story," he says. "It’s good to remind people who know about Woody Guthrie, and to introduce people who don’t know to what Woody Guthrie stood for." centerrep.org.

As many theater seasons wind down, two outdoor performance series are just getting geared up.

Orinda’s California Shakespeare Theater opened its four-play summer season in May with Shakespeare’s comedy A Midsummer Night’s Dream (through June 16), directed by the highly regarded, New York–based Tyne Rafaeli. The company’s season continues July 3 through 21 with artistic director Eric Ting’s new staging of Bertolt Brecht’s morality tale of survival in time of conflict, The Good Person of Szechwan. (The outdoor Bruns Amphitheater can get chilly after the sun goes down, so bring layers.) calshakes.org.

Shakespeare’s moody, poetic tragedy Othello and the rollicking farce The Complete Works of William Shakespeare (Abridged) [Revised] comprise the Livermore Shakespeare Festival’s summer lineup, which performs outdoors at Wente Vineyards. Running July 3 through 21, the intense, compressed production of Othello—one of Shakespeare’s most produced works—explores racial attitudes and manipulative jealousy. Meanwhile, Complete Works (July 18 through August 4) is neither complete nor written by Shakespeare, but it’s fun and entertaining, even if you’re not familiar with the Bard’s canon. livermoreshakes.org.