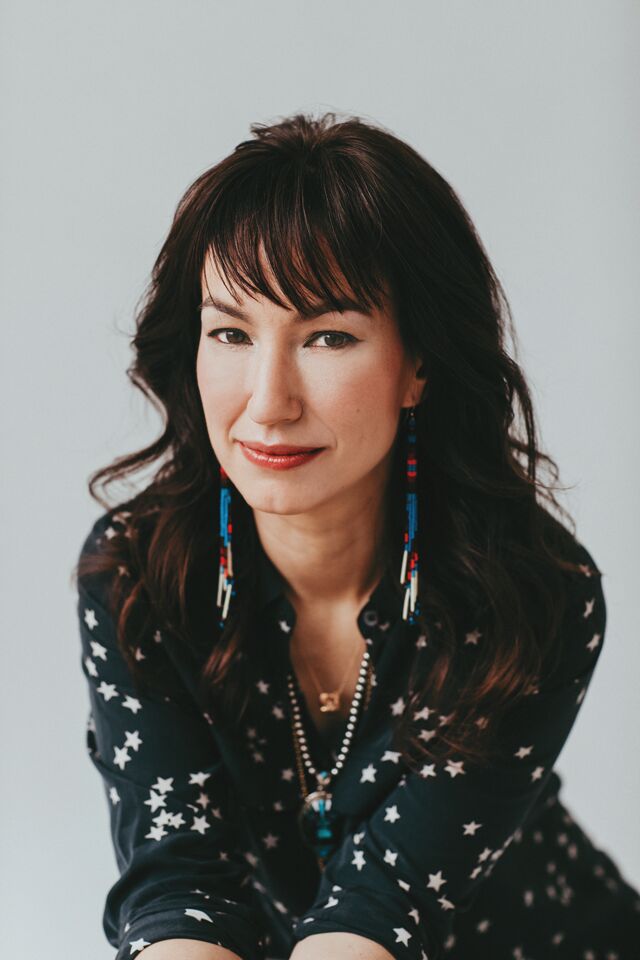 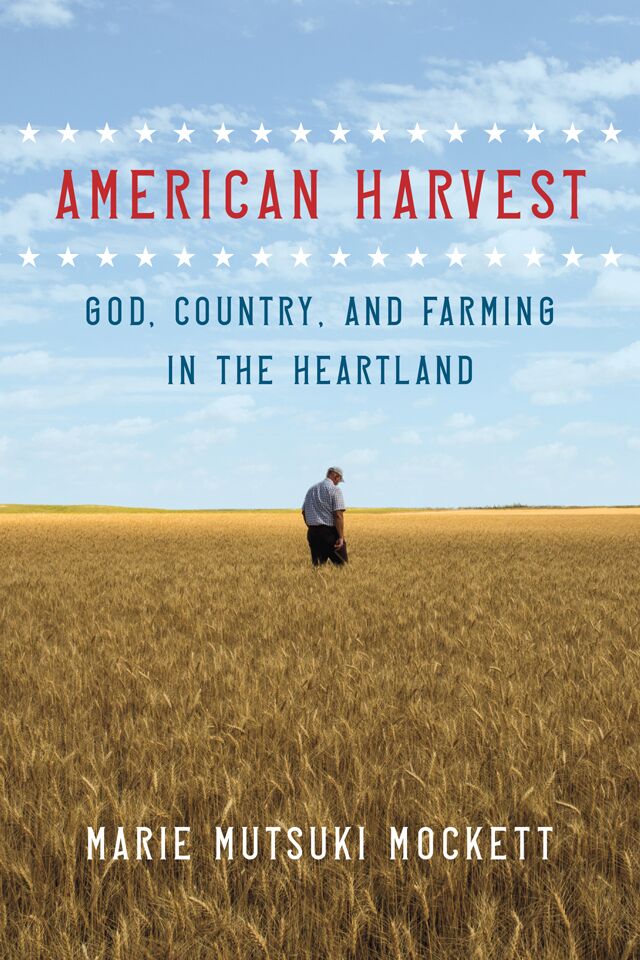 American Harvest navigates the complexities of  life and livelihood in the Midwest.

With her latest nonfiction book, American Harvest,  writer and scholar Marie Mutsuki Mockett sets out to tell a tale of the country’s heartland, the so-called flyover states. Her reflections make it clear that the American Midwest is far more than that, however—it is the heartland not just because it supplies our food, but also because it reveals the country’s true story.

Mockett, 49, is the daughter of a Japanese mother and American father whose family has long owned a farm in the Midwest despite never being  farmers. She explores “God, country, and farming in the heartland” by  traveling the harvest trail from Texas to Idaho with an expert harvester, and the result is a lyrical interpretation of the demands facing that central region. Mockett raises questions about faith and individuality while unveiling  competing versions of American ideals—making it  a fitting book for this divisive moment.

A visiting professor at Saint Mary’s College of  California in Moraga, Mockett grew up in Carmel and now lives in San Francisco with her husband and son. Her 2015 memoir, Where the Dead Pause, and the  Japanese Say Goodbye, examines how the Japanese cope with grief and tragedy against the backdrop  of the 2011 earthquake, tsunami, and nuclear disaster in Tōhoku. The memoir was a New York Times Editors Choice, a Barnes and Noble Discover Pick, and a finalist for the Indies Choice best book for adult nonfiction for 2016. Mockett has also been awarded fellowships from the National Education Association and the Japan-U.S. Friendship Commission.

Diablo spoke with Mockett about writing during a period of national conflict, telling untold stories, and the role of creative expression as a coping mechanism in difficult times.

What was your intent in writing American Harvest?

I had simple goals, but I really wanted to share with people how absolutely beautiful the country is.  And I wanted people to understand how hard men and women work to put food on the table, some of the challenges that they face, and some of the ways our lives are different. We think that we know how food is produced, but it’s different when you’re on the ground doing the work.

I wanted to understand more about the complexity of our country and understand what Christianity is, because I felt like I didn’t know. By the end of the writing  process, I came to see the book as a prolonged conversation between people who are very different. I wanted to show what happens when we commit to having conversations. We’ve had four years of an administration that stresses difference. The reality is we depend on one another.

What kinds of responses have you gotten  to the book?

I was looking forward to being able to  travel and meet people face-to-face, and  the fact that I can’t with COVID-19 around is frustrating. But I get more correspondence for this book than [for] anything I’ve ever written. I’ve gone beyond what I was trying to do.

I feel really humbled. That word gets overused, but I genuinely feel humbled when I get letters from people who are older than I am and have spent many years working in fishing, working in agriculture, and working jobs that are so different from what I know. They feel seen as a result of this book and take the time to write. To get these responses is pretty extraordinary.

We are speaking during a time when disagreement and disunity seem to have peaked in the United States. What do you feel passionate about writing in challenging moments, and is it any different than your usual subject matter?

This issue of Diablo focuses on health  and wellness. What is the role of  creative expression as a stress-coping mechanism? How does writing help  you personally?

I suppose for me, it’s the chance to focus on taking action. When my son was born, I had all the baby manuals and the child development books, and they always  talked about how children knock things over when they crawl, and then they learn to get up. It’s all true; it’s amazing to watch. … So I use being creative as a chance to take constructive action, which can be hard with the way the world is  going, the actual structure of the world, and things that are unjust.

Being creative means finding a way to be authentic and trying to create something out of the confusion. But I find that even simple things—like knitting or trimming flowers—help me feel like I am putting myself in the right mindset.

What do you hope to explore with your writing?

[I hope] to further explore what is true and perhaps overlooked. I had a letter earlier this year from a nurse who had been working extremely hard. She read my book, and she told me how much comfort it had given her. I could have not predicted when I wrote this book that it would mean something to somebody working during  a pandemic in Florida.

I’m really interested in [asking], “What are the stories we need to tell?” We’re at a time where we’re reexamining the frame in which we’ve been living, reexamining history, the role of religion, and what religion is. I think we’re going to need to spend some time [looking at] how to talk to each other.

American Harvest: God, Country, and Farming in the Heartland (Graywolf Press, 2020) is now available; read more about Mockett at mariemockett.com.