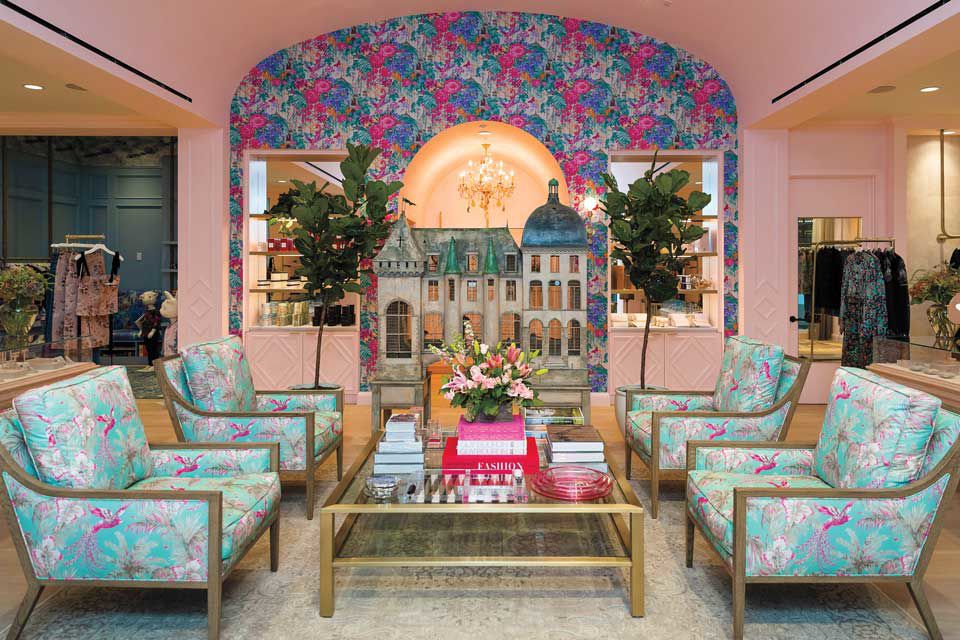 “This is an extension of my closet,” Maggie Rizer says of her store, M. “It's a reflection of me.” 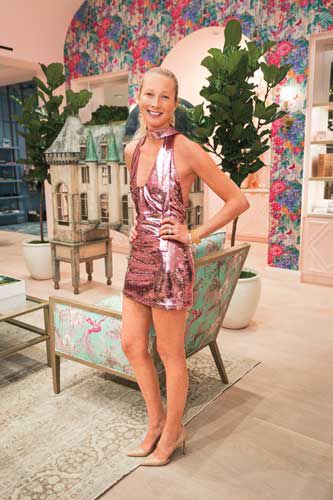 Walking into M by Maggie Rizer, the eye-catching women’s boutique at San Ramon’s new City Center Bishop Ranch, feels a bit like stepping straight into a fashion editorial from a high-end magazine—which is fitting, because it’s owned by a former Vogue cover girl.

With petal pink walls accented by colorful chairs and pops of print (thanks to wallpaper created by the British designer Matthew Williamson), a Victorian-​era bird cage occupied by canaries, a champagne and coffee bar, a kids’ corner showing vintage movies, and clothing displayed like museum objects rather than retail wares, M bucks suburban-boutique expectations. In fact, its aesthetic wouldn’t be out of place in fashion meccas like New York and Paris. That’s because owner Maggie Rizer spent the mid-1990s as a model who made a name for herself in both cities, appearing in campaigns for Chanel and Alexander McQueen (among many other prestigious design houses) and posing in spreads alongside Kate Moss and Christy Turlington.

When it came time to move from showcasing clothes in front of a camera to selling them in a store, Rizer wanted to combine her experience in the fashion world with her current role as a Diablo resident and mother of four kids. The goal was to marry high fashion with the reality of family life by bringing beautiful yet functional apparel, shoes, and accessories to M. While there are some big-name brands in the shop, Rizer focused on including lesser-known designers, which means you’ll find everything from long-sleeve floral-print dresses by Anna Sui, to Charlotte Olympia cat-shaped slippers, to WaiWai architectural wood statement purses.

"My experience in fashion definitely brought in the fashion, but my realistic point of view as a mother and a shopper brought in the kids’ corner and the jeans and the more wearable, everyday pieces," Rizer says. "I was thinking of who I am now, who I was before kids, and who I’ll be after my kids are [older]."

And while San Ramon may seem like an unlikely place for a boundary-pushing boutique, the location makes sense when you consider the ambitious City Center project as a whole—and that Rizer’s husband, Alexander Mehran Jr., is the president and chief operating officer of Sunset Development Company, which is responsible for introducing the 300,000-square-foot shopping, dining, and entertainment destination to a town once best known for its pear orchards.

Familial associations aside, Rizer says the opportunity to get in on the ground floor (literally) of a "lifestyle center" designed by Pritzker Prize–winning architect Renzo Piano is what spurred her to make her first foray into retail.

"The center really represents what I want the store to represent, which is first-class, beautiful art and fashion," Rizer says. "[Piano] is iconic; he creates masterpieces. And I think the store is a masterpiece—at least that’s what my long-term goal is. It’s incredibly beautiful, incredibly special." mbymaggie.com.