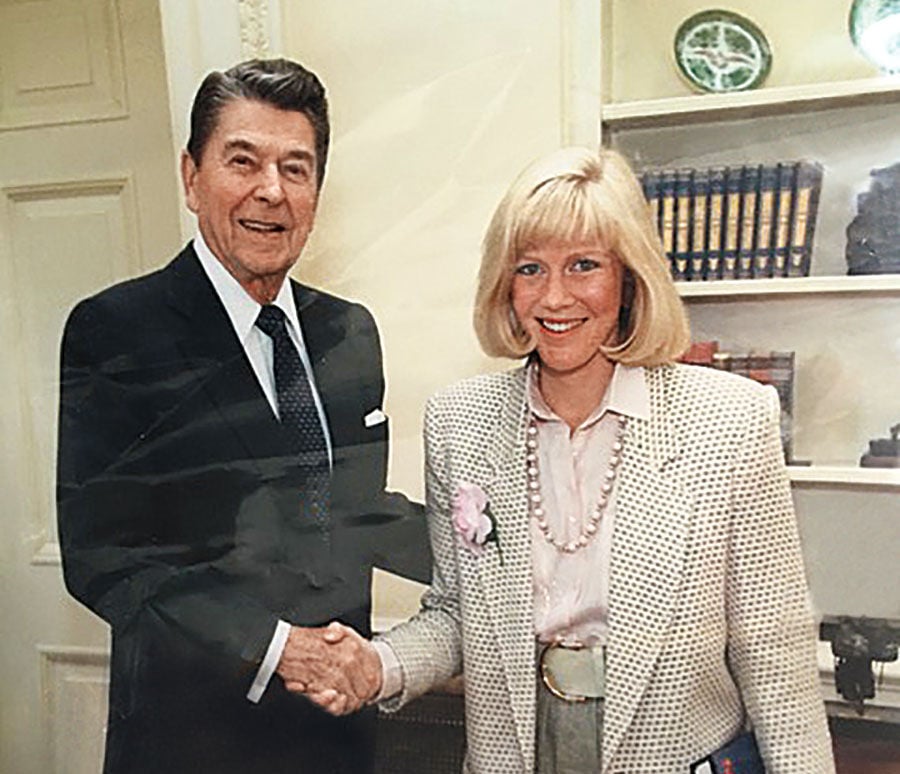 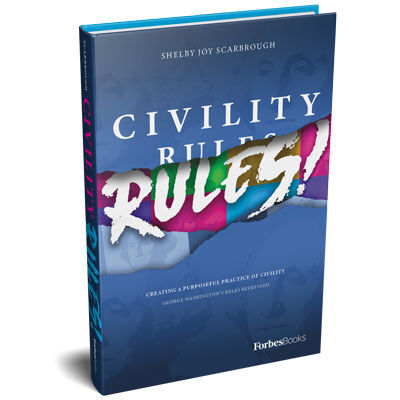 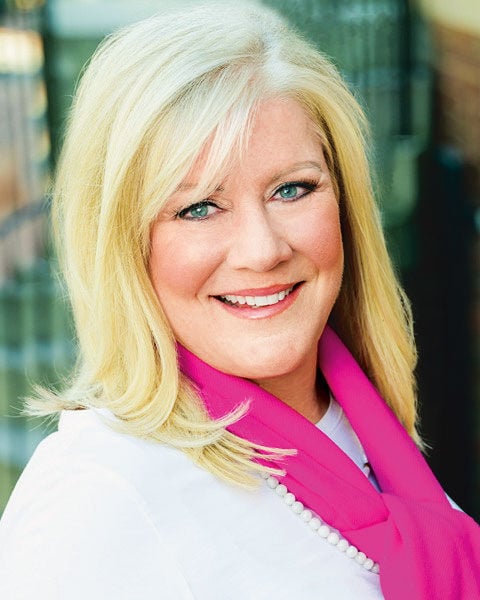 Author Shelby Scarbrough spent her childhood in Lafayette before moving to Washington, D.C. to work for the Reagan administration.

In the mid-1980s, Shelby Scarbrough’s first years out of college were spent “on the front lines of history,” working in the White House Office of Presidential Advance and preparing events and appearances for President Ronald Reagan. The Lafayette-raised Scarbrough went on to work in the State Department and as an independent consultant, interacting with foreign dignitaries such as Queen Elizabeth II and President Lech Wałęsa of Poland. When she moved back to Danville to assist with her aging parents and the family’s business nearly eight years ago, Scarbrough started writing her new book, Civility Rules! A Timeless Code of Personal Conduct.

It must have been exciting to be on the Presidential Advance team during the 1980s. What were some of the most memorable events?

I was at the Berlin Wall when President Reagan said, “Tear down this wall!” I knew he was going to say it, and I knew there were discussions about whether he should say it or not. It was surreal to go to the Soviet Union during perestroika, staying in a Moscow hotel room with hidden cameras everywhere. I would take showers in the dark.

You spend a good deal of your book considering George  Washington’s thoughts on civility. What drew you to Washington?

When I lived in Washington, D.C., a book came out about Washington’s rules for etiquette. I thought it was so interesting. There are rules like, “Bedew no man’s face with your Spittle, by approaching too near him when you Speak.” That seems corny, but it’s actually more relevant than ever before.

Washington saw the egalitarian aspect of being civil and having deeper values as part of our culture. He felt civility could be a way to inspire people to work together.

He was trying to bring these manners and honor to our culture without having to be aristocratic.

You write about spending some time with Nelson Mandela. How did it feel to be in his presence?

I knew it was special at the time. He had just gotten out of prison, and I wondered, How many people have been able to spend any time with this man? It was formative just to be in the room with him, and with Winnie Mandela, to watch the way they treated people. They were so kind and gracious. I watched the Mandelas listen to people and be empathetic. It was amazing, considering what they had been through.

We were not tourists when we worked with these dignitaries. We had a policy about asking for autographs—it was not our job to be gawking tourists. But my biggest regret is not asking if I could get a picture of Nelson Mandela or Pope John Paul II.

You share an interesting story about Lech Wałęsa, who told you to look at him—not the interpreter—in the eyes when talking to him.

It was an aha moment. I always talk to people about making eye contact, and here I was shying away while speaking with this dignitary. Wałęsa showed me how to stand in my shoes and recognize my own importance.

He said, “It’s difficult to hate someone when you are talking with them up close.” It’s true. I think most people in this world are good, honest, kind people. We see the exceptions, amplified, but most people are not like that. We are allowed to disagree with each other, but we need to listen to each other and respect each other. We need to get back to that.