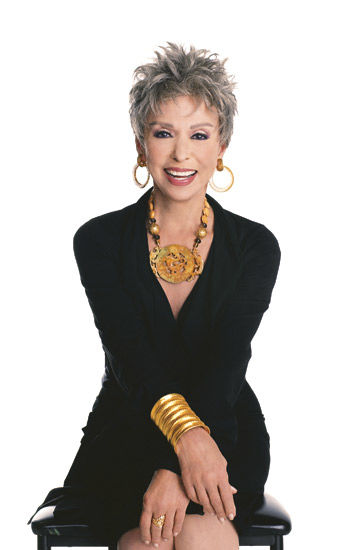 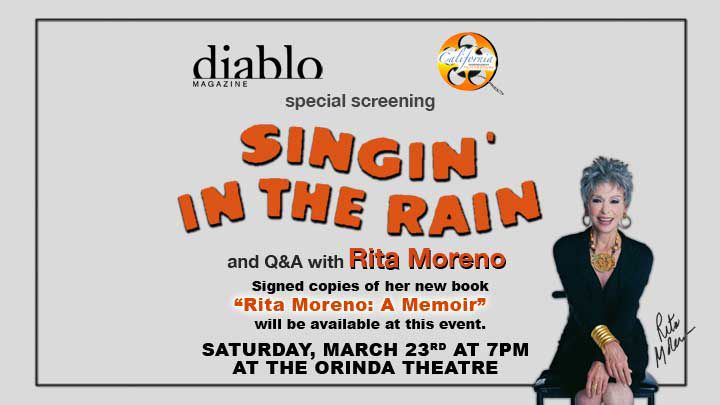 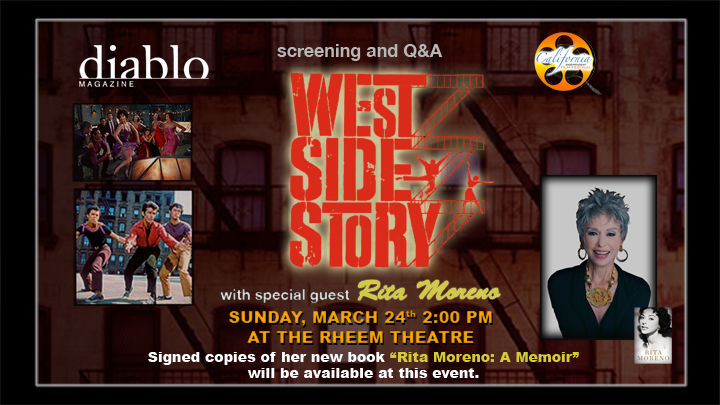 In the canon of "Been There, Done That" life stories, entertainment legend Rita Moreno has one of the greatest. And now, fans of the legendary Oscar, Emmy, Tony, and Grammy winner can read all about it.

This month, the Berkeley resident releases Rita Moreno: A Memoir. Moreno decided to pen her life story after her 2011 autobiographical show at Berkeley Repertory Theatre, Life Without Makeup, became one of the biggest hits in the company’s history.

"So many people came backstage and told me that they wanted to know more," says Moreno, 81. "I’ve been asked to write a book about my life for years, and I decided it was time."

Moreno enjoyed "capturing the textures and details" of her life, from her early childhood in Puerto Rico to the ups and downs of her Hollywood career, including her infamous suicide attempt at the end of her tumultuous relationship with Marlon Brando.

"Marlon changed my life in so many ways. He really was disturbed at times," says Moreno. "But I did not have a chance to talk about the good side of him in the show. He was my Professor Higgins; he got me into books and writing and words."

The book release is one of many events in what looks to be a big year for Moreno. In January, she performed at President Obama’s inauguration festivities (he awarded her the National Medal of the Arts in 2010), and she is recording the audio version of Supreme Court Justice Sonja Sotomayor’s memoir, My Beloved World. Moreno is costarring in the hit TV Land sitcom Happily Divorced, playing the nosy mother of star Fran Drescher. And she’s thriving in her all-time favorite role, as grandmother to two boys.

"I have really learned to smell the roses," she says. "I wake up humming every day. This is the prime in my life."

Moreno will participate in Q&A sessions before screenings of Singin’ in the Rain at Orinda Theatre on March 23 at 7 p.m. and West Side Story at Moraga’s New Rheem Theatre on March 24 at 2 p.m.; tickets for the screenings benefit the restoration of the New Rheem Theatre. Her book will be available at Rakestraw Books in Danville and Orinda Books—and signed copies will be availble for purchase at the March 23 and 24 screenings.

NOTE: The March 24 screening was originally planned to be a screening of The King and I. The film studio that owns The King and I will not release a print or digital copy of the film, unfortunately, so we made the switch to Moreno's Oscar-winning classic, West Side Story.