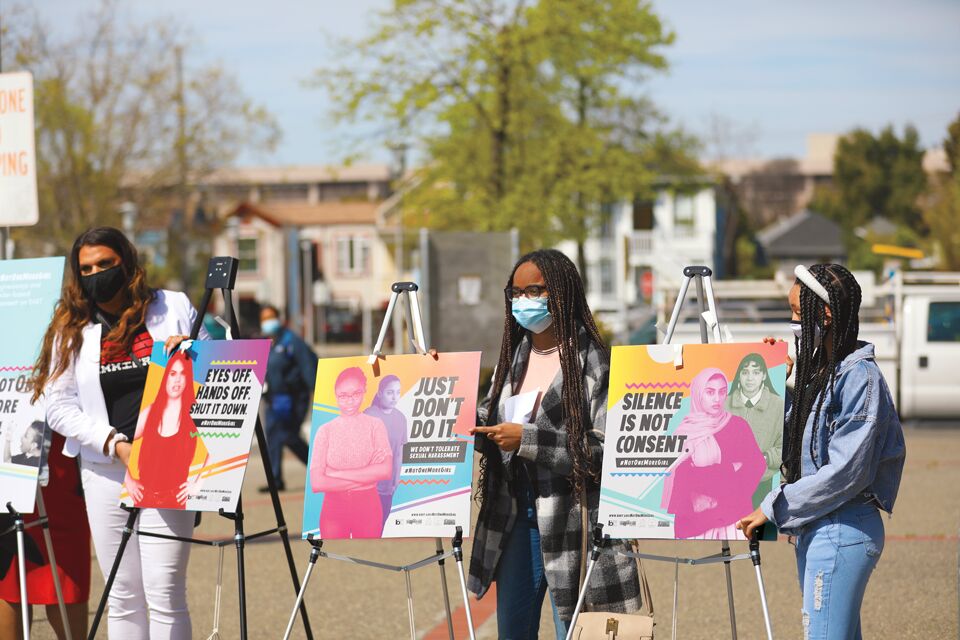 Volunteers from various nonprofit partners show the new Not One More Girl campaign signs and posters that will be displayed at BART stations all over the Bay Area. 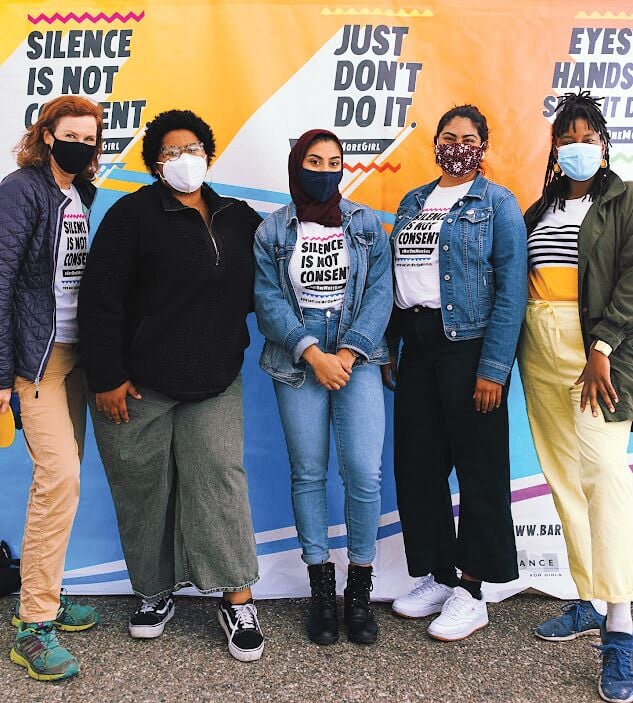 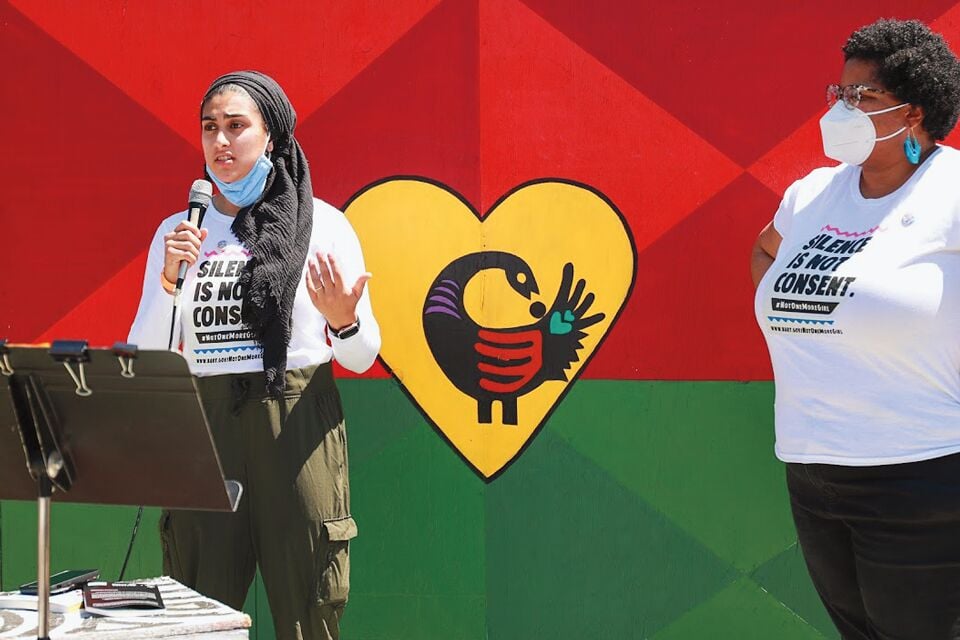 Haleema Bharoocha and Maud Alcorn of Betti Ono speak to the community at the Akoma Outdoor Market in Oakland.

On your next BART ride, you might notice the colorful posters and giant billboards from the Not One More Girl campaign on the train and in the stations. More than 300 displays, distributed across all 50 stops, are part of a larger effort to combat sexual harassment in public transit spaces.

The Not One More Girl campaign was born in August 2019, when Oakland’s Alliance for Girls wanted to bring attention to the fact that girls and gender-expansive youth often consider public transportation services unsafe. The issue was of particular concern for young women of color. The initiative has since grown to include a variety of East Bay partner organizations, including Oakland cultural organization Betti Ono, the Latina Mentoring and Achievement program at the Unity Council, and Black Girls Brilliance.

The campaign formally debuted this spring, and has included new ways to track and report sexual harassment claims, a video  detailing safe bystander intervention  methods, new safety-focused employees, the  distribution of multilingual infographics, bathroom decals that detail procedures for those undergoing and witnessing harassment, and a modified code of conduct for BART riders, in addition to the poster project spearheaded by Betti Ono lead artist-in-residence Nisha Sethi. “We made 50 billboard-size posters and targeted Oakland stations that were near schools,” says Alicia Trost, BART’s chief communications officer. “We made these huge decals that literally took up the entire side of the wall at the West Oakland station.”

In every aspect of the campaign’s  efforts, young people ages 9 to 24 have taken on more than 100 crucial tasks— and were paid for their work. Youth were also central to the posters’ creation. “We were proud to make such a bold statement that centered Black, brown, and gender- expansive youth as the leaders that they are, in their voice, with the images that  they felt empowered by,” says Anyka Barber,  founding director of Betti Ono. “We recognize that in order to create the change, we have to empower those folks who are most directly impacted.”

The team hopes to inspire other public transportation organizations, as well as  expand their connections to more fully  address concerns from additional community perspectives, including BART frontline employees and transgender riders. “When girls and gender-expansive youth are safe, we know that’s going to have a trickle benefit to all riders,” says Haleema Bharoocha, senior advocacy manager at Alliance for Girls. “It’s going to create a safer environment for everyone.”