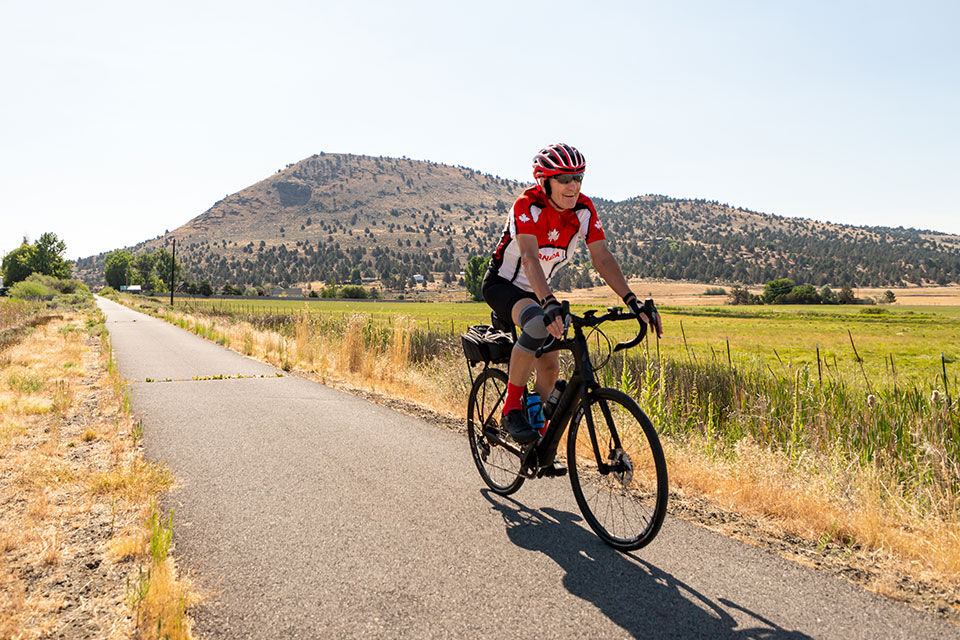 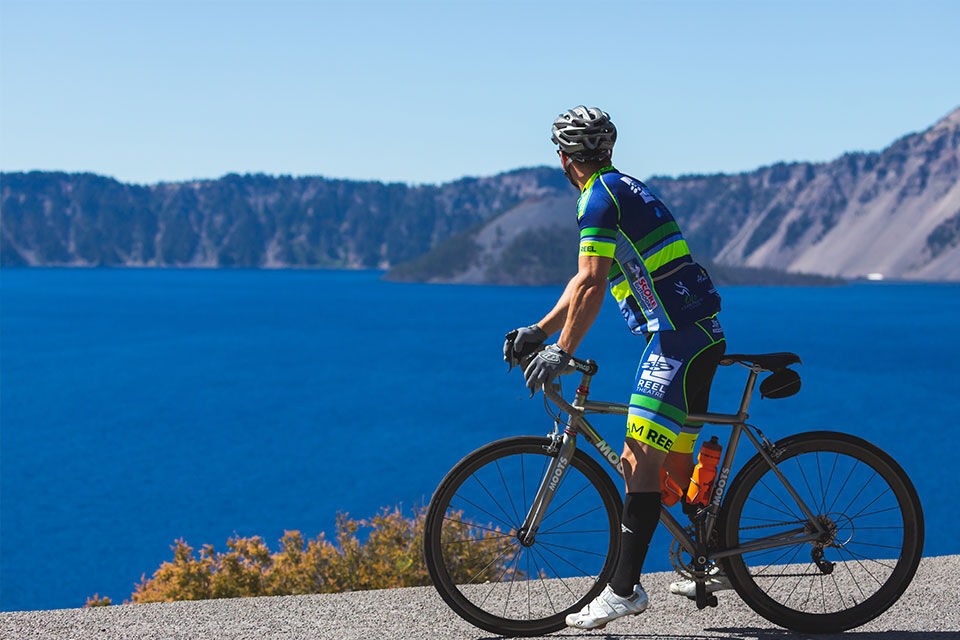 Cycling the rim of Crater Lake at Ride the Rim 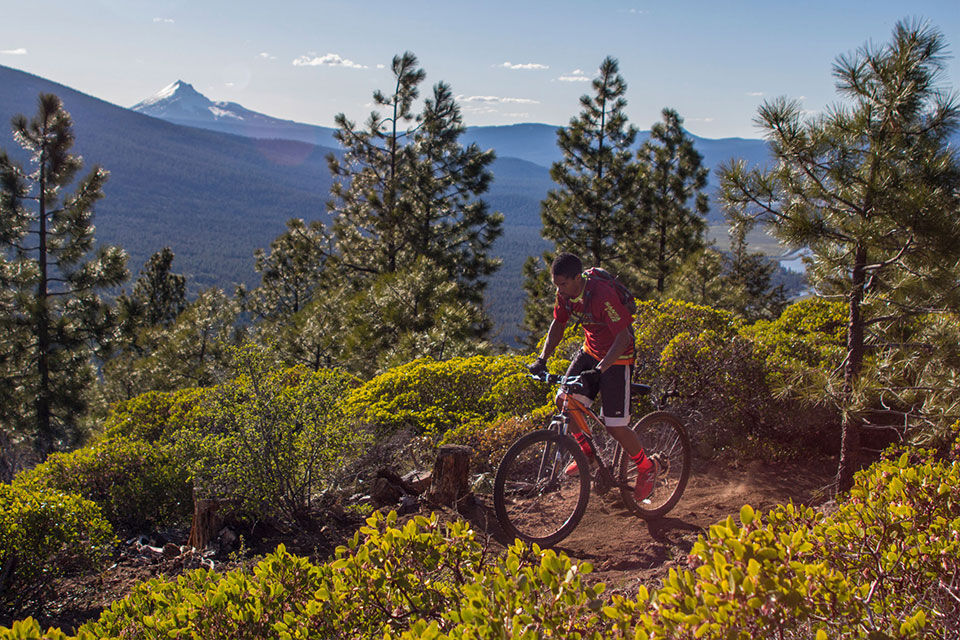 When most people think of Klamath County, Ore., they imagine birds—lots and lots of birds. And while that reputation is well-deserved, it’s also earning acclaim for another outdoor pursuit: CYCLING.

It’s easy to see why cyclists are captivated. The Klamath Basin hosts a rich variety of natural beauty, from lush forests to the scenic Crater Lake, and cyclists of all skill levels can tackle hundreds of miles of pavement, gravel, and dirt trails. And 300 days of sunshine every year means you’re never far from good riding weather. As Klamath makes its case as the one of the best cycling destinations in Oregon, here’s a rundown of the region’s most scenic routes to get you started on the ride of a lifetime.

Crater Lake National Park’s Rim Drive is open to cyclists every summer and fall, but a lack of shoulder space and intense elevation gain make it a tough trip for all but the most seasoned riders. That said, cyclists can take part in organized rides for a safer—and occasionally car-free—experience.

Ride the Rim closes the 24-mile East Rim Drive to vehicles for several hours on two Saturdays each September, turning the road over to people-powered transportation. The free event includes five support stops. The Crater Lake Century Bike Ride, meanwhile, offers a challenging ride for cyclists interested in the surrounding Klamath Basin, in addition to Crater Lake itself. The event offers 62-mile or 100-mile routes, with each option passing through the nearby Wood River Valley and climbing to the Crater Lake rim.

The longest linear state park at 109 miles long, the OC&E Woods Line State Trail follows the Oregon, California, and Eastern Railroad’s old rail bed—and introduces riders to the region’s varied landscapes along the way. The rail-to-trail conversion starts in Klamath Falls, passes through juniper and sagebrush at Olene Gap, traverses the heart of the Sprague River Valley, and delivers scenic forest views from atop the 400-foot-long, 50-foot-high Merritt Creek Trestle. The trail offers plenty of entrances and exits, so you can pick and choose a route to suit your skill level and interests. Even with more than 100 miles of trail, no two sections are alike.

Just 15 miles from Klamath Falls, the brand-new Spence Mountain Trail invites seasoned mountain bikers to climb more than 850 feet in pursuit of some of the region’s best views. The arduous climb stretches out over roughly five miles, sticking mostly to thick forestland along the way. Once you’ve reached the summit, take a breather while enjoying views of Upper Klamath Lake, Mount Shasta, and rolling peaks in the distance. On the way back down, riders will appreciate the jumps, berms, fast drops, and other natural features.

The timber industry fueled the Klamath Basin economy for much of the 1900s, and its decline left behind dozens of miles of gravel roads crisscrossing the region’s forests and waterways. These 23.4-mile abandoned backroads make for ideal cycling terrain, and few rides offer a more immersive natural experience than the stretch between Collier Memorial State Park and Jackson F. Kimball State Recreation Site.

Before you inflate your tires and hop on your bike, take a few minutes to browse RideKlamathRide.com. Whether you want to hit single-track or enjoy the wide-open roads this fall or next spring, you’ll find Klamath County has endless options to explore. Learn more at DiscoverKlamath.com.