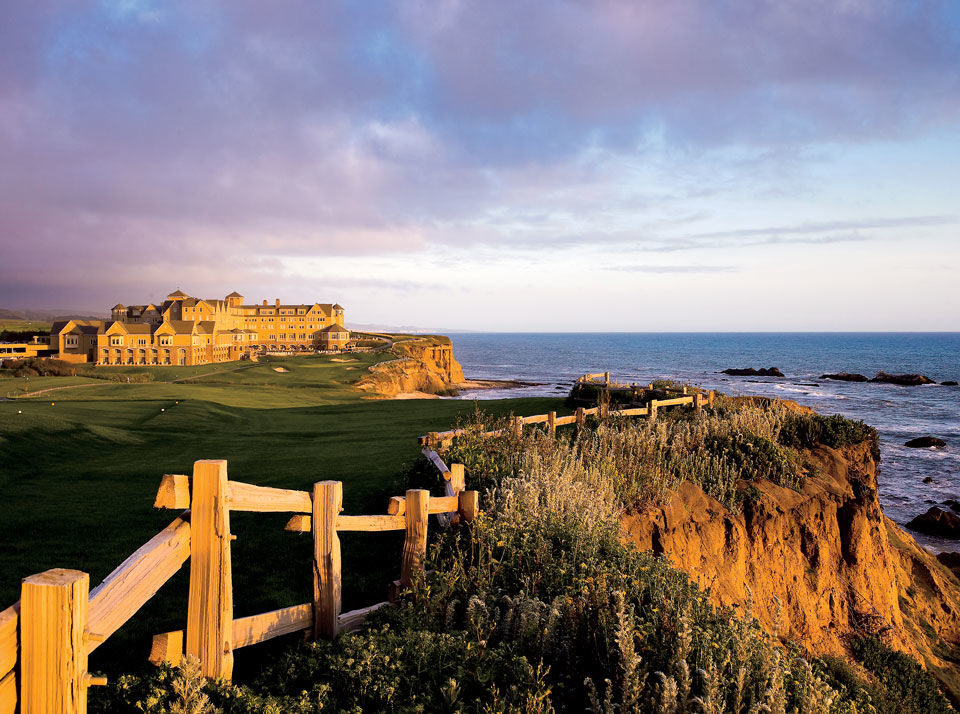 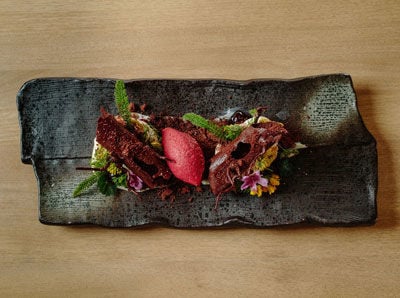 Photo courtesy of The Ritz Carlton, Half Moon Bay

A strong sea breeze whips its way around the heavily populated terrace at The Ritz-Carlton, Half Moon Bay as waves crash against the bluff. Visitors and guests alike have nabbed a spot on the sun-soaked seating area in time for the day’s last rays and the nightly bagpipe performance. The occasional spray of ocean mist and the forlorn notes of the woodwind instrument transport onlookers to the evergreen Scottish coast; coupled with a toasty outdoor fire and well-crafted drink, it makes for a magical evening (even when the infamous fog rolls in).

Known for its romantic accommodations and perfectly groomed links, The Ritz-Carlton, Half Moon Bay is set atop a rugged bluff overlooking 50 miles of spectacular California coastline—the only San Francisco Bay Area resort of its kind. And while most come for the views and extraordinary service, The Ritz-Carlton’s Global Cuisine Series has many visitors vying for a seat at the table.

Now in its third consecutive year, the Global Cuisine Series hosts award-winning, superstar chefs from all over the world for a one-of-a-kind epicurean weekend, offered for Marriott Rewards and Starwood Preferred Guest (SPG) members. (The recently merged loyalty programs will be renamed Bonvoy starting February 13, 2019.) The special one-night package features an overnight stay in a coastal-view room; an intimate, hands-on cooking class with such famed chefs as Göteborg, Sweden’s Johan Björkman of Michelin-starred Koka and San Francisco’s Belinda Leong of James Beard Award-winning B. Patisserie; and a luncheon where guests have the opportunity to chat with the visiting chef. In years past, the resort has hosted the East Bay’s only Michelin-starred chef, James Syhabout, as well as the three Michelin-starred French chef Dominique Crenn, for truly extraordinary gastronomic experiences.

Each month’s series is offered on the Marriott Moments and SPG Moments websites; rewards guests must bid points to win the exclusive package. If you are a nonmember dying to have a food-star moment, don’t worry. Guests and visitors to The Ritz­-Carlton can experience a taste of culinary excellence at the resort’s Navio restaurant. Friday and Saturday evenings during the series bring a collaborative tasting menu from the visiting chef (who creates two stellar dishes for the multicourse meal) and the resort’s chef de cuisine, Jason Pringle. It’s guaranteed to be a dinner you’ll never forget.

If you’re hungry for more, stay for Navio’s acclaimed Sunday brunch, where the visiting chef dishes up delectable creations at a pop-up station. This May 17 through 19, Oaktown’s badass top chef Tanya Holland will be in Half Moon Bay for her master class on California soul food for the outdoor kitchen. Seeing as her latest ventures in Uptown Oakland and San Francisco’s Ferry Building might be overwhelmingly packed (everyone wants a piece of her cornmeal waffle, buttermilk fried chicken, and barbecue shrimp and grits), consider getting out of town to savor a bite of her beautiful cuisine. (Brunch during her stay will be served outside to mix some California sunshine with Southern soul.)

For more information—and to see who’s dishing up next in the series—visit The Ritz-Carlton, Half Moon Bay online.