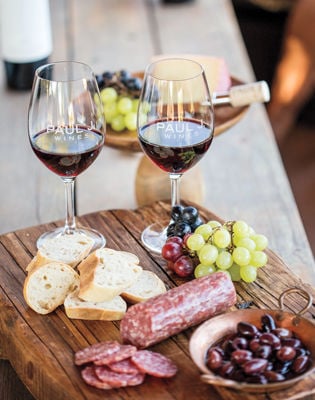 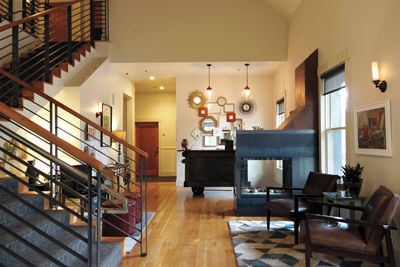 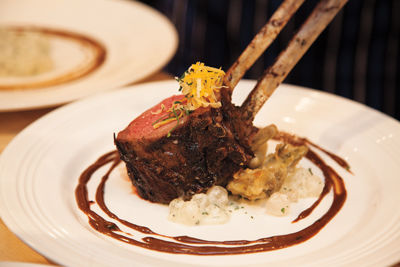 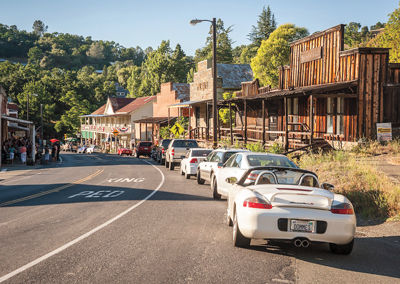 Historic buildings, offbeat museums, and colorful shops have long lured visitors to the picturesque Gold Country towns of Amador County, but today new restaurants, wineries, and upscale accom­modations are remapping the region for the next generation of visitors. Highway 49, also known as the Golden Chain Highway, will be your lodestar here; the towns of Jackson, Sutter Creek, Amador City, Plymouth, and Volcano are strung along or just off it, and vineyards radiate up into the hills.

Located east of Sacramento, all five towns have something of a Wild West vibe, with 1850s-era clapboard buildings, swinging-​door saloons, and false-fronted general stores linked by weathered wooden sidewalks. But there the resemblance ends. Each town prides itself on its own clearly defined character, from Sutter Creek’s sophisticated chic to Amador City’s artsy bohemianism, and from Plymouth’s quiet serenity to Jackson’s grittier edge.

No matter where you park your suitcase, though, you’ll want to explore all five towns, which share a strong and vibrant food culture centered on the bounty of the surrounding farms, ranches, and vineyards and boosted by the enthusiasm of transplanted chefs and restaurateurs. touramador.com.

Tiny Volcano, population 130, is anchored by the Volcano Union Inn and Pub, which has become something of a destination in itself. Built as a boarding house for itinerant miners, it’s owned by chefs Mark and Tracey Berkner, whose Plymouth dining room, Taste, won a rare 29-point Zagat rating and was a James Beard House invitee in 2013. The Union’s four artfully furnished rooms make for a cozy getaway, but the Berkners’ recent lodging project in Plymouth, the boutique hotel Rest, offers a more central home base. In Sutter Creek, the brick Hanford House Inn combines a sense of history with attention to luxury and comfort, and includes a lavish breakfast courtesy of the hotel’s Element restaurant. volcanounion.com, restaurant​taste.com, hotelrest.net, hanfordhouse.com, restaurant​element.com.

An Extravaganza of Eateries

Some of the county’s newer chefs have deep roots in the region, like Ginger Budrick-Carter, who returned to Amador City in 2016 after working in restaurants in the Bay Area and Southern California. Her café, Small Town Food and Wine, features a gallery of prints by David Lance Goines, a graphic artist known for designing Chez Panisse’s classic posters. Budrick-Carter found them in her family’s barn; her father, Jerry Budrick, was an early partner in the iconic Berkeley restaurant before moving to Amador County to open Sutter Creek’s now-shuttered Caffè Via d’Oro—the eatery that first put this region on the food map. That legacy shows in Small Town Food and Wine’s menu, which emphasizes locally sourced ingredients.

Despite being one of California’s smallest incorporated cities, with a population of just over 200, Amador City rounds out its significant food cred with the Imperial Hotel—popular for its impressive bar, parts of which date to 1879—and the hearth-baked breads and pastries of Andrae’s Bakery.

A no-fuss attitude prevails in Sutter Creek and Jackson, too, where world-class dishes are served in wood-paneled dining rooms to patrons more likely to wear trail shoes or cowboy boots than fashion-forward attire. Locals mark their calendars for Buffalo Chips Emporium’s Friday night Burger Bash, a tradition maintained by second-generation owner Ashley Putz, who operates the beloved business out of Sutter Creek’s historic saloon. At Rosebud’s Café in Jackson, produce and eggs arrive each day from local suppliers, such as Majestic Oak Farm and Gardens, which hosts quarterly multicourse dinners at the café. facebook.com/smalltown​foodand​wine, imperialamador.com, andraes​bakery​.com, facebook.com/rosebudscafe.

The name Shenandoah may conjure up Blue Ridge Mountains associations, but in Amador County it means just one thing: wine. When Paul J. Wines opened the doors of its spacious Plymouth tasting room last year, it brought the number of wineries in Amador County to 44, most of them clustered in this verdant valley. Paul J. makes its small-lot chardonnays, rosés, syrahs, and other full-bodied red varietals available only from the recycled barn-wood tasting room. (There’s a bocce court and nine-hole putting course on the property too.) Almost as new is Iron Hub Winery’s modern, glass-walled tasting room up the hill, where you can try award-winning zinfandel or the Resolute red blend while taking in sweeping views. Old-vine zinfandel is also a highlight at the Terra d’Oro, Helwig, and Karmère wineries. Plot your vineyard crawl with the aid of the Amador Vintners Association’s winery map, which is available online. pauljwines.com, ironhubwines.com, amadorwine.com.

When you’ve crossed the tasting rooms off your list, it’s time to experience the other adventures Amador has on offer. Stroll through Sutter Creek and Amador City, where design fans will appreciate the eclectic wares on display at stores like Fine Eye Gallery, Lanza Imports, and Bellflower Home and Garden. Get picnic supplies at Sutter Creek Cheese Shoppe and hiking gear at Sierra Mountain Outdoors and head for the hills, where the national natural landmark Black Chasm Cavern sparkles with rare curly crystal formations called helictites.

Dig into mining history at Sutter Creek’s Knight Foundry, the nation’s last water-​​powered foundry and machine shop, which opened to the public two years ago after a local effort to save it. Self-guided tours take place the second Saturday of each month. Continue your explorations in Jackson, at Kennedy Gold Mine and at the Amador County Museum, housed in a 1859 mansion built for one of the town’s earliest settlers, Armstead C. Brown.

Of course, at the end of the day, it all comes back to the region’s food, which is celebrated at events throughout the summer. Time your visit to attend Volcano’s annual Supper Under the Stars on August 4, or one of Element’s legendary art- and food-focused community dinners, held the third Friday of each month. Make sure to savor every moment—from the fabulous meals to the scenic environs—before bidding farewell to your satisfying weekend in Amador County. cavetouring.com, knightfoundry.com, kennedygoldmine.com, amadorgov.org.