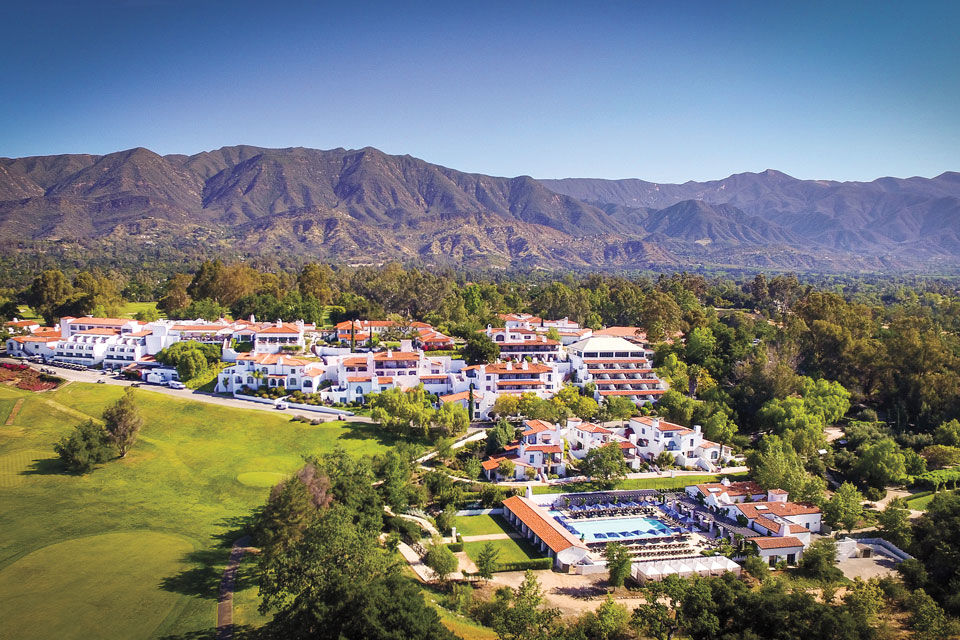 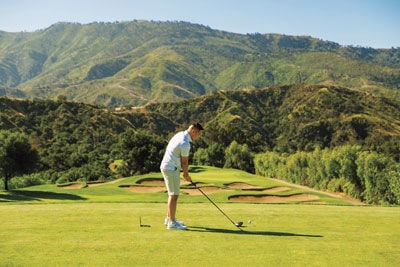 Play a round of world-class golf at the Ojai Country Club. Photo courtesy of Ojai Valley Inn. 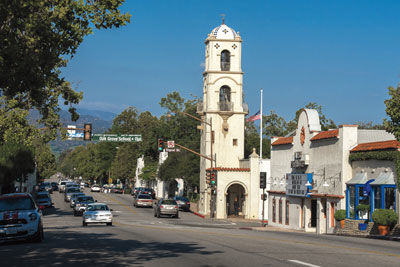 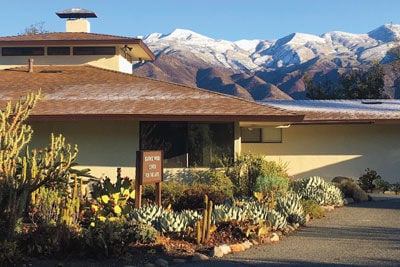 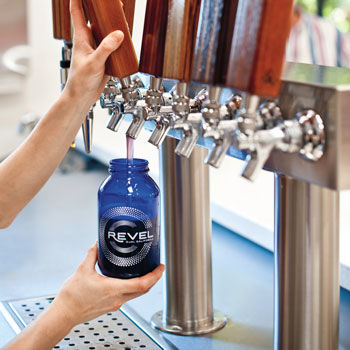 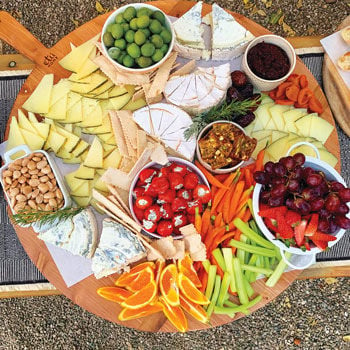 Legendary as a haven for those seeking an idyllic retreat from the urban hustle, Ojai survived the ravages of the 2017 Thomas Fire and saw its traditions of relaxation and rejuvenation strengthened by nature’s trials.

The name Ojai reputedly is derived from an indigenous word meaning nest, and nesting is certainly what comes to mind during a visit to this Shangri La–like valley lined with orange groves and isolated from the outside world by mountains. While Ojai can be reached via a 90-minute drive from the Burbank airport, many East Bay residents opt to make the leisurely six-hour road trip down the Pacific coast.

Healthy living is a longstanding tradition at the Ojai Valley Inn, a 220-acre retreat of vivid gardens and Spanish-influenced architecture nestled against the red bluffs of the Topatopa Mountains. In addition to its 18-hole golf course, palm-shaded pools, and eateries, the resort features The Farmhouse, a food- and wine-themed event center overseen by award-winning chef Nancy Silverton, known for her Los Angeles restaurant Osteria Mozza.

There’s no more soothing therapy than basking under a sky full of stars beside a crackling campfire—especially if you get to crawl between soft sheets afterward. That’s the offer at Caravan Outpost, a thoughtfully curated glamping experience where your hotel room is a gleaming Airstream trailer outfitted with a cornucopia of creature comforts, both practical (a full kitchen) and fun (a vintage turntable with vinyl records). A galvanized tin barn serves as a hybrid store and spacious lobby, furnished with inviting leather couches and a table stocked with coffee, tea, and snacks. At dusk, a basket of s’more-making ingredients magically appears fireside, luring guests to gather and share their Ojai discoveries.

Ojai’s allure for health seekers dates to the late 19th century, when stagecoaches brought visitors to the thermal waters of Wheeler Springs and Matilija Springs. (Legend says those pools were sacred to the valley’s original residents, the Chumash.) In the early 20th century, Ojai also drew spiritual disciples, including followers of the Theosophy movement, who relocated their West Coast center, known as Krotona, to a hilltop property in the region.

Since then, Ojai’s reputation for all things holistic has only grown. Case in point: Spa Ojai at the Ojai Valley Inn takes pampering to new levels with hydrotherapy pools, steam rooms, and saunas, along with 25 treatment rooms and a café. The spa menu goes far beyond body wraps, massages, and facials to include a sound-energy ritual and the Kuyam experience—a clay-based detoxification therapy reminiscent of a Turkish hammam.

Meanwhile, at the intimate EarthTonics Spa, you can experience the brand’s in-demand line of botanical skincare products in a number of luxurious facials. Book "the Works," a nearly two-hour service including a microcurrent treatment, alleged to promote healing.

With the rugged mountains, deep canyons, and tumbling creeks of Los Padres National Forest surrounding the Ojai Valley, nature bathing is more than just a trendy concept here. Chances abound to commune with the natural world, from hiking to wildlife spotting to biking the path connecting Ojai with the coastal city of Ventura. You won’t want to miss a single sunset; they are so spectacular here that locals coined the term "the pink moment" to describe the way the sun’s last rays paint the bluffs in hues of salmon, tangerine, and crimson.

Popular hikes include Shelf Road, with its expansive views over the valley, and the trails to Rose Valley Falls and the otherworldly rock formations of Piedra Blanca. For a more relaxed stroll, head for the Ojai Meadows Preserve, which loops through restored wetlands teeming with birds.

An artists’ colony from its early days, Ojai takes creativity seriously. Visit the Beatrice Wood Center for the Arts to appreciate the traditions exemplified by the renowned ceramicist and folk art collector who welcomed visitors to her studio-turned-museum until her death at age 105. Another local arts fixture, the Ojai Art Center, hosts a festival in Libbey Park each May.

The natural fibers and handcrafted items are so tempting at Cattywampus Crafts, adjacent to the Beacon Coffee Company, that even nonknitters have been known to leave with an armload of alpaca yarn. Nearby, admire the garden art at Fig Curated Living before heading out to explore Ojai’s eclectic literary offerings.

It’s safe to say there’s no bookstore in the world like Bart’s Books, which displays its wares on an outdoor patio surrounding a cottage, where a 1940s-style kitchen is filled with cookbooks. Even quirkier, BookEnds Bookstore is set in an old church, with additional titles in an Airstream trailer and a tiny house out back.

As one might expect, Ojai’s traditions of health consciousness and creativity extend to the dining scene. Residents and visitors alike line up at Revel Kombucha Bar, purveyor of locally produced jun kombucha, a delicately effervescent version of the fermented tea. The ginger and hibiscus Pink Moment is a standout, but those who can’t make up their minds will appreciate the $8 tasting flight.

For breakfast, indulge in pumpkin pancakes or a veggie omelet at Bonnie Lu’s Country Café, or fuel up prehike with creamy scones from Ojai Café Emporium, which also serves a full breakfast and lunch menu on its covered deck.

Among Ojai’s varied lunch and dinner spots is Tipple and Ramble, a charming home-wares shop that includes a garden wine bar with creative small plates. And if you’ve had enough healthiness on your trip, head to one of the town’s most popular establishments: Ojai Deer Lodge serves all-American fare in a timbered dining room heavy on the hunting trophies.