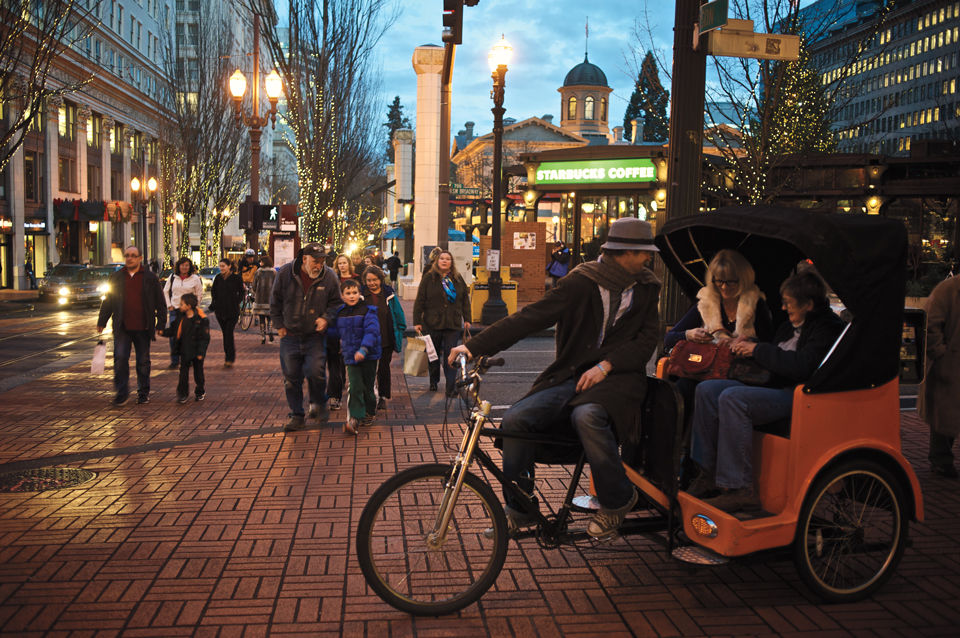 A pedicab picks up passengers in Pioneer Courthouse Square. 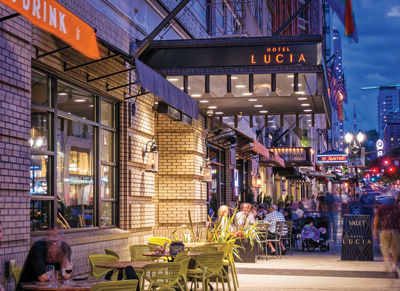 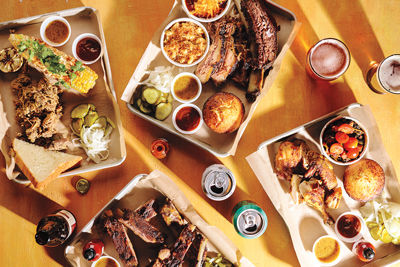 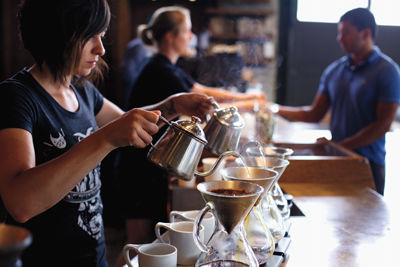 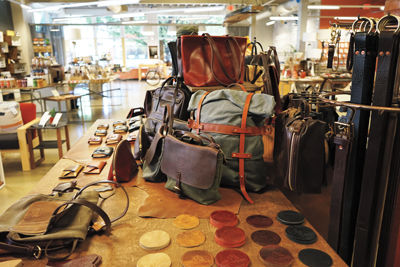 From Voodoo Doughnut, home to some of the nation’s most uniquely flavored (and bizarrely shaped) doughnuts, to Powell’s City of Books, a bookstore that requires a map to navigate, Oregon’s largest city is making every effort to fulfill its vow to "Keep Portland Weird." For decades, imaginative types have flocked to the City of Roses, bringing their innovations and ideas with them and forming a proudly independent culture of creation. Whether it’s beer, design, or dining experiences, Portland puts its own stamp on everything it produces.

To discover all of  the city’s quirky charms for yourself, take a not-quite-two-hour flight from Oakland for a weekend full of all things Portlandia. voodoodoughnut.com, powells.com, travelportland.com.

After landing at PDX—and admiring the airport’s distinctive graphic carpet—jump on the MAX Light Rail bound for Pioneer Courthouse Square, the heart of downtown Portland. From there, it’s a short walk to Hotel Lucia. This stylish boutique hotel is set in a historic building and filled with the largest permanent collection of black-and-white photographs by David Hume Kennerly, who won a Pulitzer Prize in 1972 for his images of Saigon during the Vietnam War. The Oregon native—known for his portraits of political and Hollywood heavyweights—was President Gerald Ford’s personal photographer; don’t miss his famous shot of First Lady Betty Ford dancing on the Cabinet Room table.

While there are plenty of notable sit-down restaurants serving delectable fare (the Argentine-inspired Ox Restaurant and the seafood standout Roe are particularly superb), it wouldn’t be Portland if less-traditional options weren’t making waves as well. After all, long before the food-truck craze swept across the country, Portland had entire blocks devoted to meal-making on wheels.

Today, there are more than 600 food carts in the city, leading CNN to declare it home to "the world’s best street food." Head to Portland’s largest "pod" (located at the intersection of Southwest Alder Street and Southwest Ninth Avenue) to find the best of the best. Many vendors offer unusual dishes that might be difficult to find elsewhere, such as Bing Mi!’s jianbing (Chinese crepes) and Euro dish’s bigos (Polish stew).

In Northeast Portland, chef Peter Cho takes creative dining to a whole new level at Han Oak, a Korean-American restaurant situated in a former garage. Named the city’s 2017 Restaurant of the Year by The Oregonian, the eatery specializes in a family-style, set-menu experience, but dainty eaters can still order the playful pork and chive dumplings à la carte. oxpdx.com, roepdx.rest, bingmiportland.com, facebook.com/eurodish, hanoakpdx.com.

In Portland, what you’re drinking is just as important as what you’re eating. The city was one of the birthplaces of the craft beer movement, and for years it boasted more breweries than any place on Earth. While it can no longer claim that title, there are still dozens of pubs worth visiting. McMenamins, a much loved Pacific Northwest chain, opened Oregon’s first brewpub in Southwest Portland in 1984: Stop into the cozy Hillsdale Brewery and Public House for a taste of its classic Hammerhead pale ale, made from Cascade hops (a variety developed in Corvallis, less than 100 miles to the south). A more recent sudsy celebrity, Breakside Brewery has won numerous acco­lades, including three Brewery of the Year honors from the Oregon Beer Awards. The IPAs are the breakout stars here; sample the dank Wanderlust or citrusy Breakside at one of the outfit’s three locations.

Beer isn’t the only craft beverage captivating Portlanders. The city contains a coterie of boutique coffee roasters, most of which focus on sustainability and high-quality ingredients. Two cult-classic cafés are Stumptown Coffee Roasters and Coava. Both Portland-based companies take ethical sourcing extremely seriously—and turn out an exceptional cup of Joe, too. On a rainy morning (of which there are many in Portland), warm up with Coava’s rich Kilenso coffee; or savor Stumptown’s celebrated cold brew on a sunny afternoon.

For a different kind of caffeine (or decaf) fix, check out Steven Smith Teamaker’s two shops. Smith, cofounder of Stash and the mind behind Tazo, created his namesake tea line for discerning drinkers, handcrafting small-batch teas out of top-tier leaves. Architectural Digest named the company’s headquarters on Washington Street among the world’s best-designed tea shops. There, visitors can watch the production process while enjoying reinvented favorites, such as the Portland Breakfast blend (a less astringent take on the classic English tea) or Rose City Genmaicha, a nutty and floral green tea that melds Japanese tradition and Portlandian flair. mcmenamins​.com, breakside.com, stumptowncoffee.com, coavacoffee.com, smithtea.com.

At the end of the month, Portland’s makers will come out in full force at one of the country’s top arts and crafts festivals, Art in the Pearl. Over Labor Day weekend, more than 100 artisans—both local and national—descend upon Northwest Park to display (and sell) their meticulously designed work. If you miss the annual event, you can get a preview at the Saturday Market, which gathers hundreds of booths along the Old Town riverfront every week from March through Christmas Eve.

Discover additional Portland originals at MadeHere PDX, which features more than 300 locally created brands. The products are eclectic, meaning you might stumble across anything from a plush squid toy for kids to a handcrafted hardwood bike rack.

While there are many funky boutiques to choose from, Nike, Adidas, Keen, and other big shoe companies also have headquarters in Portland. Check out one of their flagship stores for kicks galore—keeping in mind that Oregon has no sales tax. So, you’ll shell out less while loading up on all the glorious goods Portland has on offer. artinthepearl.com, portland​​saturday​market.com, madehereonline.com, nike.com, adidas.com, keenfootwear.com.