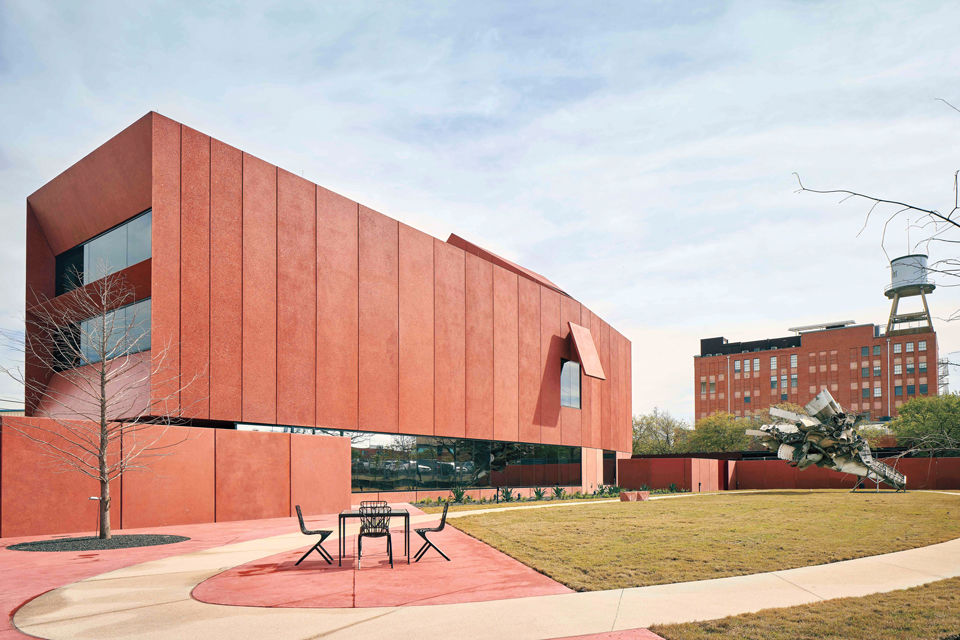 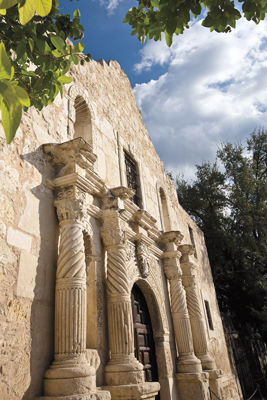 The Alamo has captivated visitors (like mega collector Phil Collins) for generations. 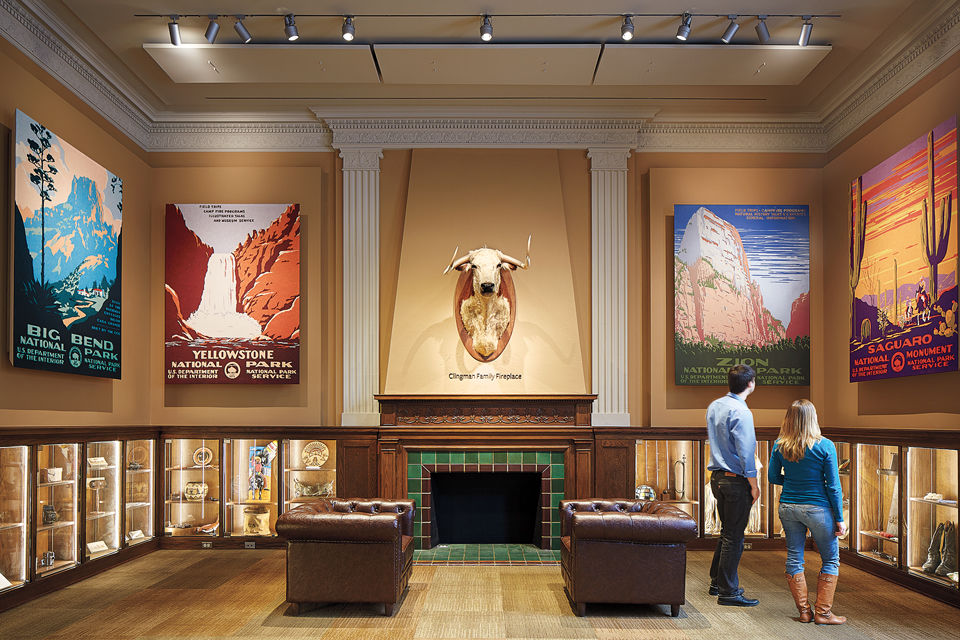 Explore the art, history, and culture of the American West at Briscoe Western Art Museum. 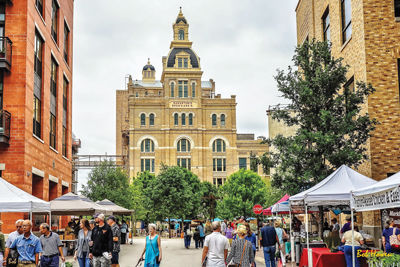 The Pearl district is anchored by a historic former brewery. 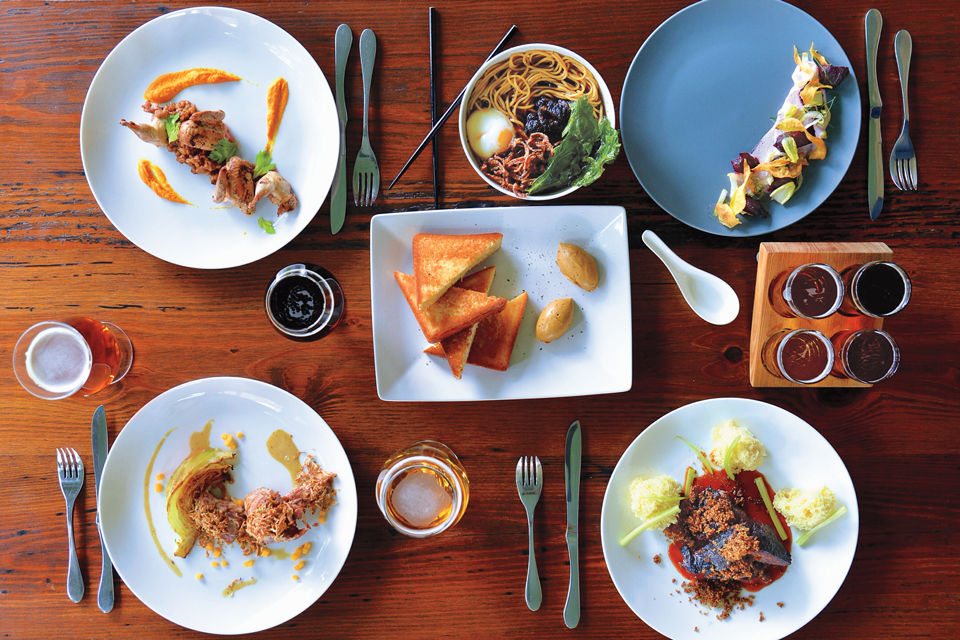 A sampling of inspired dishes at The Granary. 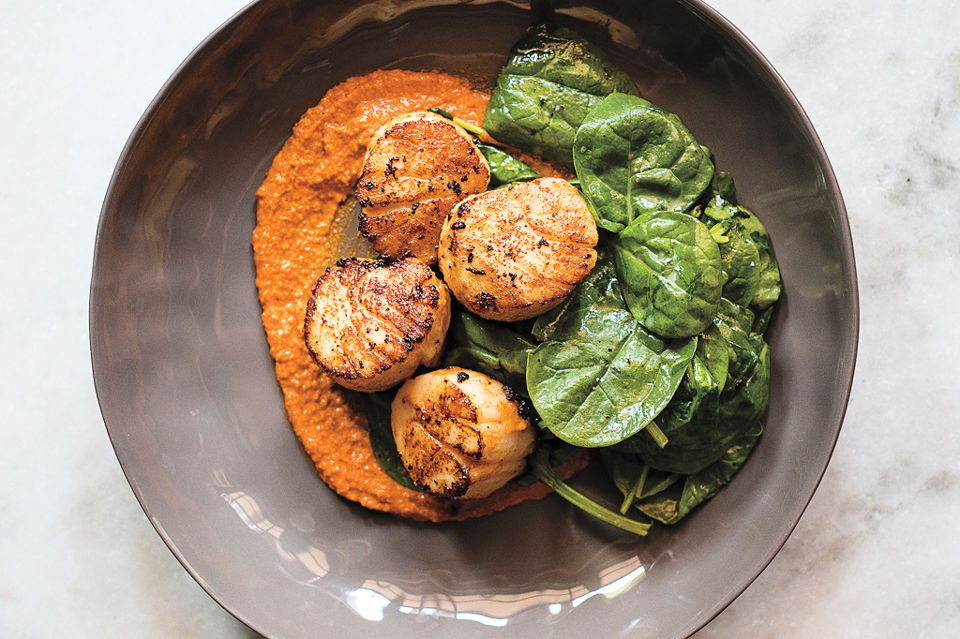 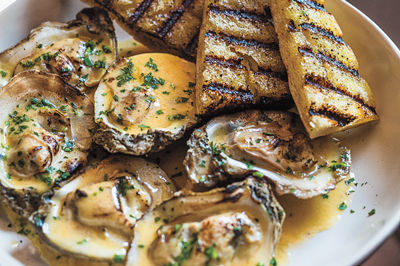 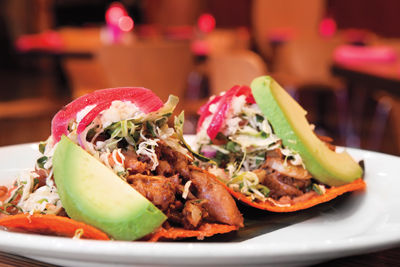 The Alamo is to San Antonio, Texas, what the Statue of Liberty is to New York: a venerable icon so identified with its hometown that it’s become a refrigerator magnet, a T-shirt, and a mug. So, I thought during my springtime visit to this magical town, Who needs to see the Alamo? Just buy a Davy Crockett hat and a mug, and be done with it.

Wrong. Way wrong. Here’s why (among other reasons) you should not dismiss the Alamo as a tourist trap. Two words: Phil. Collins.

I know you are scratching your head. I did, too. Phil Collins? Su-su-sudio?

Yes, that Phil Collins, of Genesis. He turns out to be the world’s greatest collector of Alamo memorabilia, artifacts, and whatnot. Apparently, he’s been obsessed with it since he was a kid growing up in England, and in 2014 he donated his priceless collection to the Texas General Land Office, the guardian of the Alamo. When the Collins collection gets set up in its new home near the Alamo Plaza, visitors will get an entirely new perspective on this beloved monument.

Until then, of course, there are still plenty of reasons to explore this enchanted town. Come to San Antonio for the food (more on that later), the people (can’t say enough), and the vibrant arts scene, and you’ll have a spectacular time. After making the de rigueur stops—the Alamo, the magnificent missions (collectively designated a UNESCO World Heritage site), and the famed River Walk—take a closer look at San Antonio, and you’ll see why it brims with civic boosters who are unfailingly proud of their city. And now, with Southwest Airlines offering nonstop, four-hour flights out of Oakland, it’s easier than ever to plan a long weekend in Alamo City.

One of the places I was most eager to check out during my visit was Pearl, a thriving, 22-acre complex just north of San Antonio’s downtown that houses superb restaurants, distinctive shops, and a branch of the Culinary Institute of America (CIA)—one of just three such outposts in the United States. Located in a former brewery that was operational from 1883 to 2001, the site boasts historic architecture and the fabulous Hotel Emma, where the original brewery’s industrial elements have been creatively restored and incorporated into a movie set–worthy design.

Time your Pearl outing to coincide with its farmers market, and then grab a French pastry at Bakery Lorraine, try the out-of-this-world barbecue at The Granary, or sample the offerings at the CIA’s Savor restaurant. Inside Hotel Emma, Supper specializes in farm-to-table dining, and the atmospheric Sternewirth bar serves craft cocktails and small plates. After hours, Jazz, TX is the preferred haunt of locals and visitors alike; there, you can expect nightly performances by South Texas’s top musicians.

San Antonio has a lively arts scene, and my advice is to take in a mix of the mainstream, the alternative, and the downright offbeat. Several well-established museums—such as the McNay Art Museum, the San Antonio Museum of Art, and the Briscoe Western Art Museum—offer world-class collections that are on par with those in any major city. But don’t miss the chance to visit edgier arts districts, such as the Blue Star Arts Complex in the Southtown neighborhood, complete with workings artists’ studios and galleries, bars, crafts shops, and possibly the best gelato I’ve ever had, at South Alamode Panini and Gelato Company.

The newest addition to the cultural landscape is Ruby City, an angular, crimson-hued modern art museum in downtown San Antonio designed by the renowned British architect Sir David Adjaye. Slated to open this month, Ruby City will house the collection of the Linda Pace Foundation, which features works by art stars such as Christian Marclay, Marina Abramović, Ross Bleckner, and many others.

Phenomenal dining is one of San Antonio’s hallmarks, and it can be found in both beautifully appointed restaurants and at roadside stands. Rebelle, in the iconic St. Anthony Hotel—a luxurious downtown landmark that exudes old-world charm—stands out for its exquisite seafood. Another excellent choice is Restaurant Gwendolyn, where chef Michael Sohocki creates dishes "time-marked" to 1850 or before, prepared by hand and without electricity. Chef Johnny Hernandez, a San Antonio native, has left a major imprint on the Mexican dining scene with his group of La Gloria restaurants; for top-flight contemporary Tex-Mex fare, try Ácenar, right on the River Walk.

But if you want to try some of the great eats that few out-of-towners ever get to experience, consider a tour with food maven Julia Celeste, aka the Food Chick. She offers customized Food Chick Tours to off-the-beaten-track barbecue joints, taco stands, fruterias, and storefronts selling cups of creamy elote. She’s also an expert on local lore, with endless stories about the city’s legends, colorful characters, and its infectious fiesta fever.

Yes, fiesta fever. If San Antonians like anything, it’s a good party, and the city is packed with ways to revel. Spring, for example, offers the 11-day-long extravaganza known as Fiesta (in which the whole town turns out bedecked in ribbons and medals—an arguably less debauched version of Mardi Gras), and fall features the dazzling Luminaria arts fest.

Whatever the season, there are countless ways to celebrate the delights of this town—which have a way of turning first-time visitors into die-hard fans who return again and again. And if you don’t believe me, just ask Phil Collins.