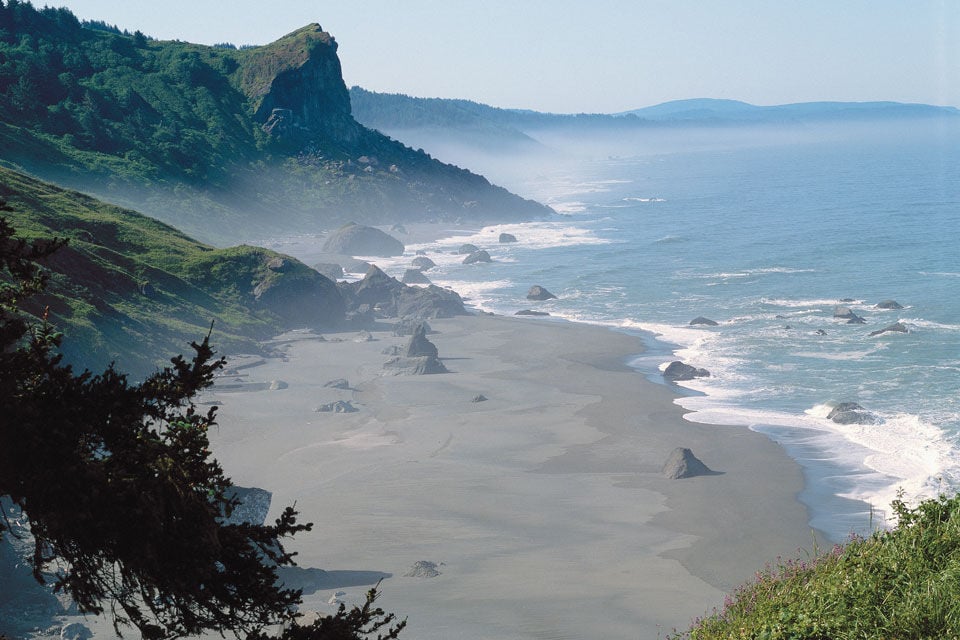 The beaches of the North Coast provide breathtaking sights and sounds. 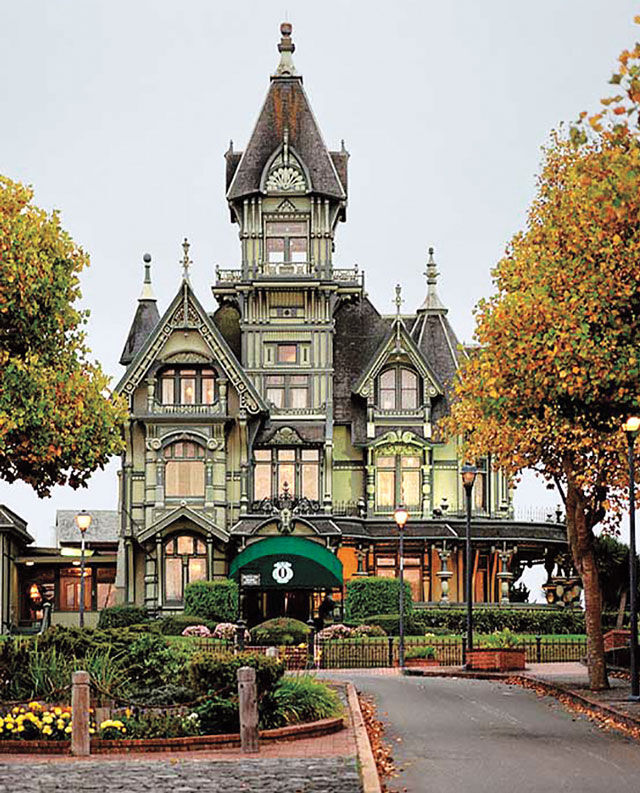 The Carson Mansion, an ornate Victorian, is one of the historic attractions of Old Town Eureka. 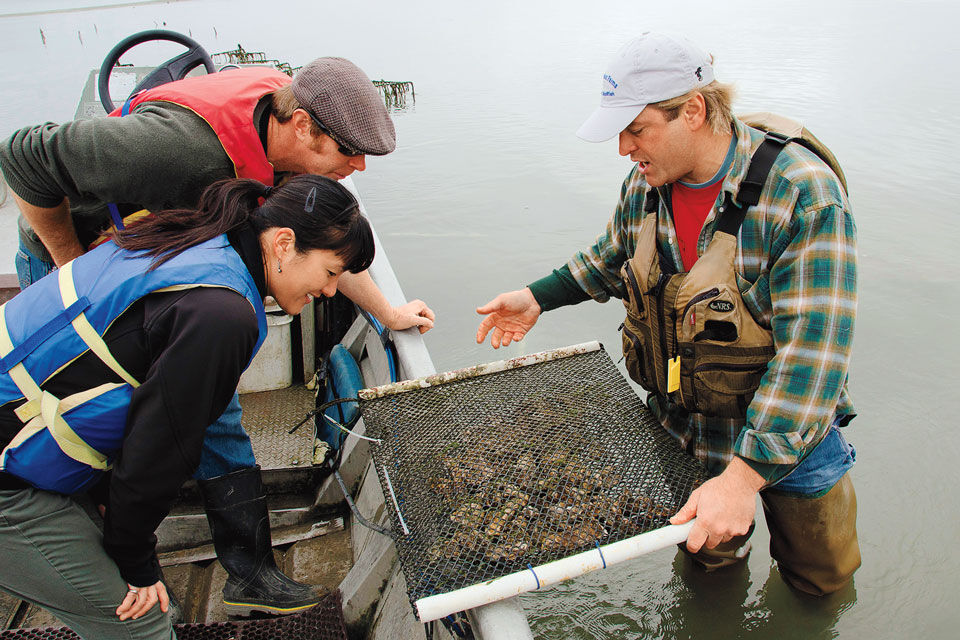 Humboldt Bay is a haven for oyster lovers. 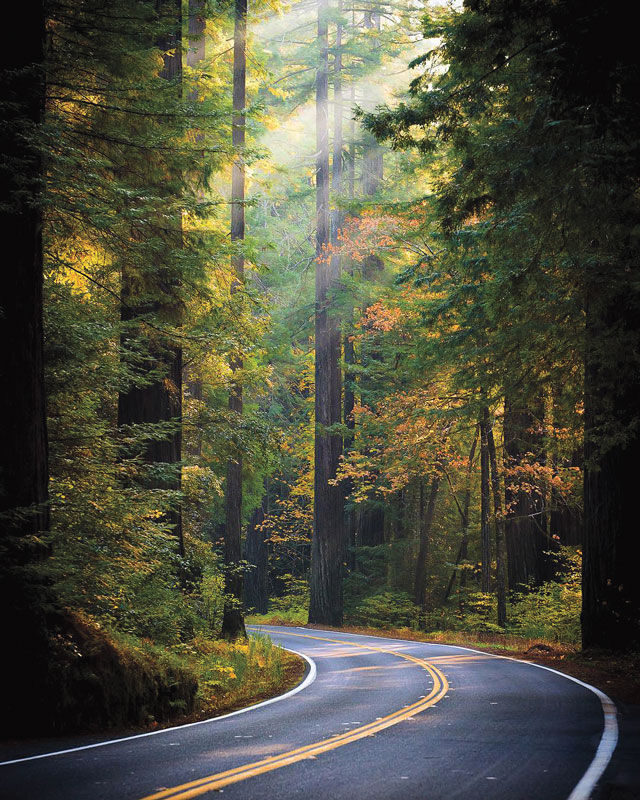 Take a spectacular road trip through the 32-mile-long Avenue of the Giants.

Standing in a grove of 2,000-year-old redwoods that put 30-story skyscrapers to shame, it’s easy to understand why the North Coast’s old-growth forests—the largest remaining on the planet—have been designated a UNESCO World Heritage Site, labeled an International Biosphere Reserve, and protected in no less than five national and state parks.

But this is only the first of many reasons to plan a weekend getaway to Humboldt County, where you’ll find some of the state’s most photogenic and least-crowded beaches, a bay that shelters two million migratory and residential birds, and an up-and-coming culinary movement that’s a treasure trove for foodies looking for the next hot spot. (Hint: More than two-thirds of the oysters consumed in California come from Humboldt Bay.)

Here is a guide to enjoying all that the North Coast has to offer.

Over the River and Through the Trees

Awe strikes as soon as Highway 101 crosses the south fork of the Eel River and dips into the shade of the towering redwoods that make up Humboldt Redwoods State Park, which protects the largest contiguous stretch of old-growth forest left in the world. Exit at Weott to drive a section of the scenic, 32-mile Avenue of the Giants, then head for Rockefeller Forest and Bull Creek Flats to stroll through stands of the ancient behemoths. Note: The current record holder for fourth-tallest tree in the world, the 371-foot Stratosphere, is nearby, but its location is kept secret to protect the natural wonder, as are the locations of the three taller champions, all in Redwood National and State Parks to the north.

Once in Eureka, turn left toward the water to be transported back 150 years to a time of big logs and even bigger ships, when trains ran straight to the wharf and 140 lumber schooners plied the deep-water harbor. Known today as Old Town Eureka, the  entirety of which is a National Historic  Landmark, the cozy grid of elegant 19th-century storefronts houses bustling bars, shops, and restaurants opening onto  a bayside promenade and pier.

The Humboldt lumber barons of the mid-19th century strove to outdo each other by constructing ornate Victorian mansions that showcased the delicacy  of craftsmanship possible with their freshly hewn materials. You’ll appreciate that hubris when you step into the resplendent redwood-paneled lobby at the Inn at 2nd and C (built in 1888) or gaze out the bay window of your luxurious room in the Carter House Inns, where lodging options include the Hotel Carter, the turreted Carter House, and two cottages for larger groups.

After a stroll along the harbor, head for Café Waterfront, where the view of the water glimmering through the multipaned windows tells you everything you need to know about the menu. Oysters reign supreme here, whether grilled, stewed, or on the half shell, but the steamed clams and fresh crab cocktail make it even more agonizing to choose your dish.

Speaking of oysters, Humboldt produces two-thirds of the state’s oyster harvest, which you can experience on guided  Humboldt Bay Oyster Tours with Aqua-Rodeo Farms (their motto is “We Round Them Up, You Shoot Them Down”). You can also go straight to the oyster bar at Humboldt Bay Provisions to sample the day’s harvest served old-school or in envelope-pushing  combos like the Local Fresh, in which a broiled oyster is topped with spinach, lemon, and a dollop of Humboldt Fog goat cheese.

A Day of Exploration

No one should visit the North Coast without experiencing the flashback that is breakfast at the Samoa Cookhouse. The log-walled dining hall is located just across the Samoa Bridge from Old Town and serves up a hearty breakfast family-style, exactly as it was to the logging crews who once fueled up there. The eatery is also right next to the Samoa Dunes Recreation Area, the perfect place to work off all those flapjacks.

There’s no question where you’ll go next. The region’s colorful culture is on full display at the Arcata Farmers Market, where vendors hawk everything from baby kale to kombucha, along with pottery, jewelry, and—of course—cannabis products.

Afterward, browse the eclectic shops surrounding Arcata Plaza, then head over to Arcata Scoop, one of two sister-owned artisanal creameries (the other is in Fairfax) known for addictive flavor combinations like vanilla-honey-lavender.

Weekend afternoons on the North Coast are reserved for the beach, and your only challenge is choosing among a dozen options, including the long, flat strand of Clam Beach, perfect for strolling; Moonstone Beach, with its tide pools and sea caves; or Trinidad State Beach and nearby College Cove, bookended by dramatic rock formations. Make the day even more memorable by hiking to Trinidad Head to watch the sunset from the lighthouse, before savoring the mesquite-grilled Portobello mushrooms and steelhead at Trinidad’s delightfully quirky Larrupin Café.

From Fish to Fowl

It’s day two and you’ve saved the best for last: the complex now known as Redwood National and State Parks, which encompasses Prairie Creek Redwoods, Del Norte Coast Redwoods, and Jedediah Smith Redwoods state parks. Get an early start and pick up a map from the Prairie Creek Visitor Center at the south end of the park for directions to the Lady Bird Johnson Grove and the Big Tree Loop, which includes the Cathedral Trees Trail. Film fans can ask for tips on where to find primeval settings that subbed for Endor in Star Wars: Episode VI—Return of the Jedi and the dinosaurs’ playground in The Lost World: Jurassic Park. Visit Elk Prairie to see California’s largest mammal, the dramatically antlered Roosevelt elk; the subspecies was once close to extinction but is now flourishing in this protected environment.

Go back to Humboldt Bay to grab a late lunch at Shamus T Bones, where the Texas beef brisket and Carolina pulled pork are slow-smoked for a full 14 hours and served with all the traditional sides. As you turn inland from the coast, take one last walk in the Humboldt Bay National Wildlife Refuge, a key stopover on the Pacific Flyway, where you  might spot as many as three kinds of loons, dozens of ducks and other waterfowl, and even a rare tundra swan.