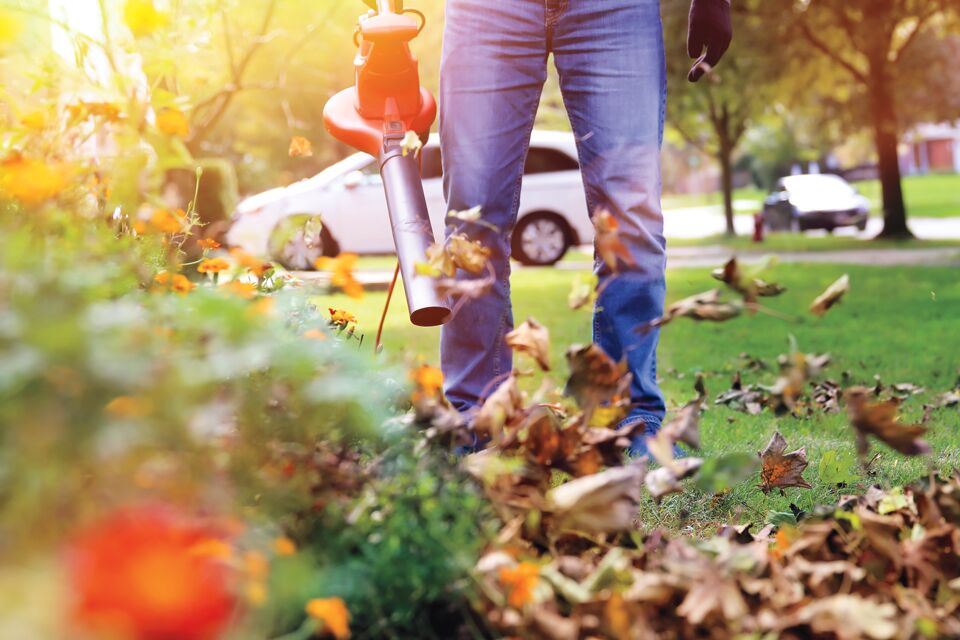 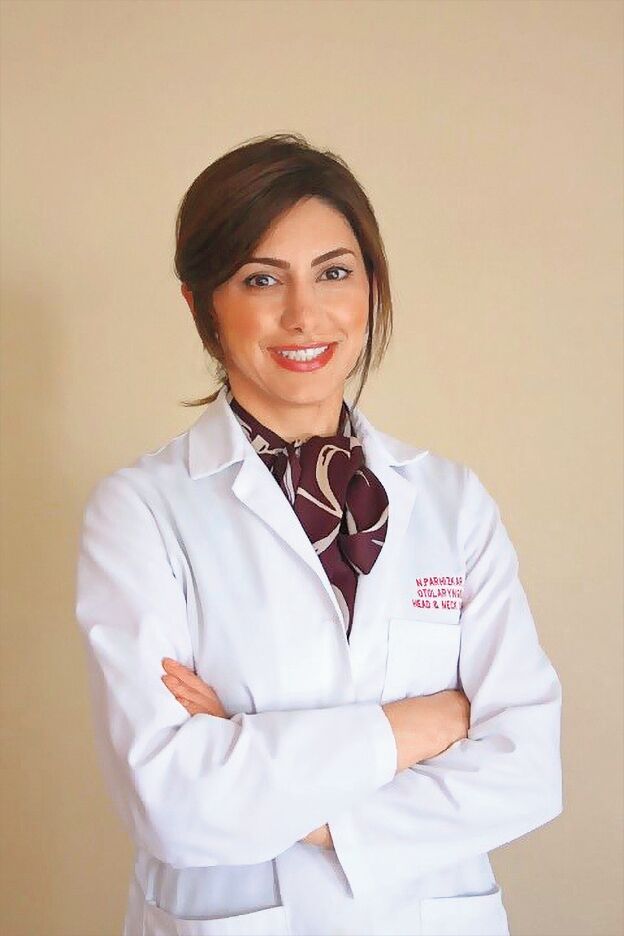 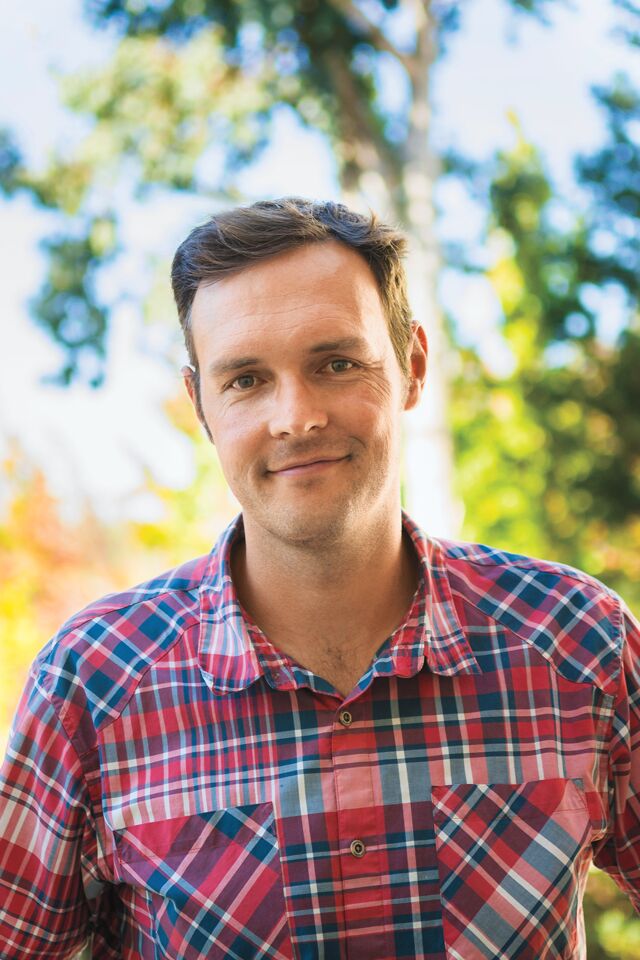 It’s 6 a.m. You roll over, hoping that you can get back to sleep after the recycling truck moves down the street.

Oh yeah, the regular garbage truck is next and then the compost pickup. You roll over again, but sleep has left the building along with the remains of last night’s takeout.

A leaf blower? You’ve got to be kidding. So early? And how many leaves are there, anyway? Doesn’t anyone use a rake anymore?

Might as well get up and ease into the day.

Just the neighbor dragging the garbage cans off the street over his uneven concrete walk.

Can there be anything else?

Of course. The coffee grinder isn’t exactly silent, there’s a lawn mower tuning up next door, and the neighborhood hot-rodder heads off to work with muffler rumbling. When you see your spouse get out the food processor to make some bread crumbs, it’s time to just give up on peace and quiet.

It’s only 7:30 a.m. and it’s already been a high-stress morning. And just as you sit down at your desk and flick on the computer,  a hedge trimmer roars into action a couple doors down.

Alamo isn’t even a city. The unincorporated community is nestled in the hills between Danville and Walnut Creek, with plenty  of tall trees and spacious lots. And for Tom Sepanski, it’s a noise nightmare.

“There’s a constant barrage of leaf blowers,” he says. “And recently, there’s always road work and fire abatement going on. I get it that it’s necessary, and we have to do it, but it adds to the cacophony.”

“Cacophony” is a pretty good word for much of suburbia lately, where “a harsh discordant mixture of sounds” is basically business  as usual. If it’s not a leaf blower, it’s a lawn mower. If it’s not PG&E cutting down trees, it’s PG&E cutting through concrete to put power lines underground. If it’s not a fire truck siren, it’s the steady beep, beep, beep of Amazon trucks as they back down long driveways.

“[Sound pollution is] getting more and more attention as we learn about its impact on wildlife and people,” says Clinton Francis, an associate professor of ecology at Cal Poly.

First and foremost, excess noise adds another layer of stress to an already stressful life. And not only do high-decibel sounds make concentration difficult, but they also can raise blood pressure,  impact the heart, and cause hearing damage.

But there are more inhabitants of suburbia than people; animals are impacted by extreme noise as well. In fact, studies show that half of bird species will change their habits when faced with loud noise, and a third will avoid noise  completely by simply leaving the area.  The declining numbers of birds in suburbia (due to many reasons, not just noise)  can have more impact than most of us might think.

“Birds are fantastic at clearing insects out of gardens,” Francis points out, and owls live on rats, mice, and other rodents. “Owls really have trouble with noise pollution,” he adds. “Their hunting success goes down.”

To further illustrate the owl effect  on suburban residents, consider this:  As hunting success rates go down, rat  populations go up, and as rat populations go up, the demand for $5,000 basement slabs to keep the rodents out of houses goes up as well.

But birds also affect humans. In carefully designed studies, it’s been shown that  “exposure to bird song for seven to 10 minutes increases people’s sense of well-being,” says Francis. (Exposure to leaf blowers, unsurprisingly, has the opposite effect.)

Finding a haven from the din of the big cities is one of the reasons people move to the suburbs in the first place, only to find it’s not so quiet.

“There is a significant amount of noise trauma we deal with in suburbia,” says Nooshin Parhizkar, M.D., an otolaryngologist at San Ramon Regional Medical Center. “Initially, you don’t feel it, but when you get older, it catches up to you. Your inner ear has outer hair cells that process the sound, and once you lose those cells, they don’t come back.”

And yes, leaf blowers, lawn mowers, and even food processors produce sounds at a level that can cause damage to sensitive ears. Parhizkar notes that no one can tell whose ears are sensitive. Even if your dad played lead guitar for 20 years with  no ear plugs and can still hear criticism  of Eric Clapton from two rooms away, there’s no guarantee that your hearing will hold up.

Your job might suffer as well. “The noise makes it very challenging to be creative when you’re working at home,” says Sepanski. “It’s something that has become abundantly clear this last year as so many more people are working remotely.”

Continual loud sounds also impact  children’s ability to learn. Francis points to a New York City study about a school that had half its classrooms right next to train tracks and half insulated from the noise. “The kids exposed to the noise had much more difficulty learning,” he says.

And noise isn’t the only concern. The gasoline engines in leaf blowers and  lawn mowers produce lots of emissions—for example, a leaf blower produces as much pollution in one hour as a car does in 1,100 miles.

“Electric leaf blowers would be a  huge health benefit,” says Karla Brown, Pleasanton’s mayor. She expects the city to look closely at mandating electric  options in the near future.

But even if East Bay cities were to get serious about suburban sound levels, it doesn’t mean things will automatically get better. Berkeley, for example, has banned leaf blowers for decades, but they’re still ubiquitous.

Randy Shaw, a Berkeley resident who wrote a piece for Berkeleyside earlier this year about the proliferation of leaf blowers despite the law, can’t understand it. “Why did they pass the law if they don’t mean  to enforce it?” he says. “It’s inexplicable, really; there are leaf blowers everywhere.”

And lawn mowers. And folks down the street having a new deck built. And freeway noise.

Sepanski can only sigh. “It’s a perfect storm of sound.”