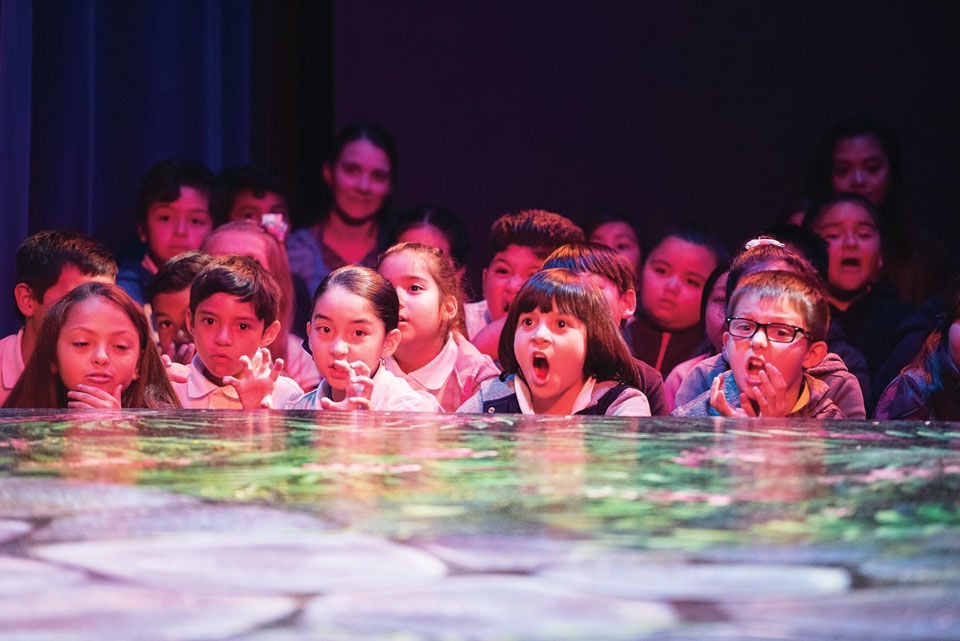 The Lesher Center for the Arts offers a variety of kid-friendly dance, music, and theater performances. 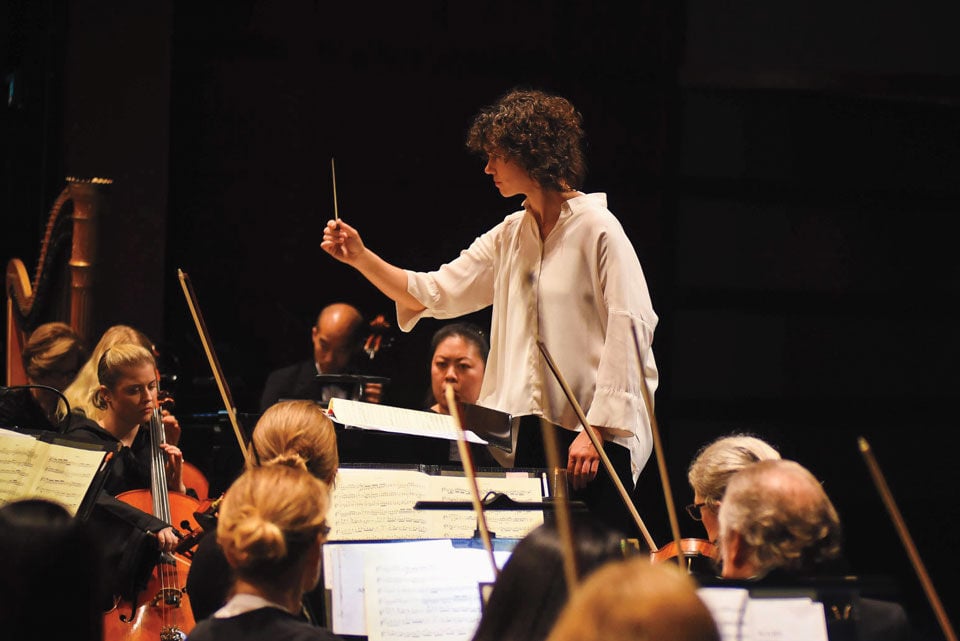 Matilda Hofman conducts a performance by the Diablo Symphony Orchestra.

On October 4, 1990, Bob Hope, Vic Damone, Diahann Carroll, and Joel Grey opened the brand-new Lesher Center for the Arts (LCA) in Walnut Creek. The state-of-the-art successor to the converted walnut warehouse-turned-theater affectionately known as the Nuthouse, the LCA now offers more than 800 performances to 350,000 visitors each year.

Despite being hit hard by COVID-19 closure regulations, the LCA hopes to present socially distanced programming on its outdoor Rudney Plaza when it is completed this fall, including family theater shows, symphony rehearsals, and band performances.

That variety of programming has been a beloved hallmark of the LCA across the decades. “[It is] the same reason that Baskin-Robbins has 31 flavors—there’s something for everybody,” says Scott Denison, longtime general manager of the center.

Shirley Valentine, a one-woman show from the LCA’s  resident Center  Repertory Company, has been revived to sold-out audiences three times after its original run, most recently in 2018.

The Shellie Awards, which recognize  excellence in theater in central Contra Costa County, were first held 41 years ago. Since 1980, Center Rep has won 28 Shellies—and actors and designers for the company have been awarded another 180.

Through the Arts Access program, an estimated 200,000 to 300,000 children from underserved schools have visited the LCA.

Upcoming  Arts in the Tri-Valley

In addition to promoting the online programming of their resident companies, the Livermore Valley Performing Arts Center—home to the Bankhead Theater and  Bothwell Arts Center—is planning to offer free virtual concerts performed by local musicians at outdoor venues this fall. The creative team is also hoping to host a limited  ArtWalk in October, as well as a visual art exhibition focused on nature’s patterns, debuting in storefronts and online before coming  together at the Bankhead Gallery once it is able to  welcome guests. “We will  do our best to partner with and promote any arts-related  activities in the Tri-Valley,” says executive director  Chris Carter. “I encourage people to let us know what they are doing so we can  help spread the word.”  lvpac.org.